How prepared is India to tackle epidemics? An interview with GGF 2027 fellow Chandrakant Lahariya 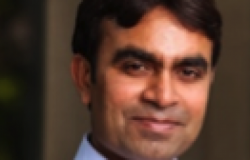 With a population of over a billion people, how prepared is India to deal with an epidemic that threatens to spread rapidly?

It is now widely accepted amongst the key stakeholders in India that, as a first essential step, the disease surveillance system in the country requires a major boost. With experience from preparedness and response for avian flu and subsequently pandemic novel H1N1 (2009) flu, the mechanisms for surveillance at the port of entry (here, mainly international Airports) have been established. The rapid response teams (RRTs) have been established at state and district levels and a core team have been trained as well. In the last few years a number of efforts have been made by the Governments at both union and state levels in India to strengthen the disease surveillance system. But much more is needed, and when it comes to preparedness for epidemics and rapidly spreading diseases, India faces multiple challenges, including a large population dispersed across vast geographical area, high rate of internal migration, difficult terrains, shortage of a health workforce, limited public funding for health and sub-optimally functioning health systems. The prevailing assumption that major cities and the state capitals are better prepared is challenged by the ongoing epidemics of dengue and Chikungunya viral illnesses in major cities of India. It is very likely that a new disease could spread to rural countryside even before the first identified case is detected and action initiated. An effective disease surveillance system, functioning across the country including in rural areas, is absolutely essential for the overall preparedness efforts. As the fastest growing large economy with extensive air travel (both in- and outbound), it is in India’s interest to invest more money to build a stronger disease surveillance system as well as improve its preparedness and response in order to control epidemic and pandemic threats.

What would an effective system of international disease surveillance and prevention look like? Do you believe we are making progress in this direction?

An effective international surveillance system would mean that all countries would have a functioning disease surveillance system. If not very high quality, then at least one which can detect early warning signs, to start with. This should be supplemented by cooperation and the mechanisms for technical and financial collaboration amongst countries. It has to be acknowledged that the emergence of a disease could have a negative impact on a nation’s economy in the beginning and possibly global economy subsequently. This is good enough reason to collaborate and to make disease information public. I think that the recent emergence of the Middle East respiratory syndrome – Corona Virus (MERS- CoV), Ebola virus and now Zika virus has further highlighted the challenges and the need for preparedness and response. Hopefully, the lessons have been learnt and this should result in an improved mechanism for disease surveillance system that would benefit most countries. However, it is equally important that any discussions on strengthening disease surveillance systems should not end up in vertical initiatives or a global funding mechanism only, and rather have to focus on strengthening health systems.

International collaboration on disease surveillance needs to be further strengthened and in my opinion, this is more likely to happen through multilateral collaboration where key stakeholders bring in their expertise and financial resources. Whether this could be achieved through existing platforms or should be done through a new mechanism is a matter of formulation, as long as there is clear understanding on what they intend to accomplish. I do believe that progress is being made in this direction, though slower than any of us would like to see. However, any noticeable changes realistically will take a few years to manifest. Thus, it would be useful to have an agreed vision and roadmap and the activities assigned amongst the stakeholders.

How has the threat of antimicrobial resistant (AMR) changed the global public health debate around the world? What is the level of awareness around this issue in India?

Yes, the AMR threat has indeed changed the global public health debate. The issue of AMR is indeed amongst the biggest global health challenges in recent times. If concrete actions are not taken now, it will cost the global community a lot in the years to come. The AMR threat has the potential to undo the advances made in the area of research and development of many antibiotics and anti-virals. While all countries, rich and poor, would be affected, the worst affected would be the resource-strapped areas of the world. Fortunately, this issue has received the attention of key stakeholders, including the scientific community, development organizations and political leaders globally. The kind of leadership shown by the UK government in setting up a review on AMR in July 2014 and then raising the issue at all key global governance platform is exemplary. In Sept 2016, AMR became third health challenge after HIV/AIDS and Non-Communicable Diseases to be discussed in the United National General Assembly. This is indeed a big development and I can say that at present AMR is on the global health agenda. It is another proof of what strong desire, leadership and concerted effort can achieve in a shorter period. I am optimistic, perhaps too optimistic some would say, that the global community can make positive changes in this area if this momentum is sustained.

Interestingly, India had been at the receiving end of initial discussions on AMR, to the extent of being blamed for the spread of some drug resistance strains. Of course, Indian policy makers and the scientific community contested such claims. While it is in the interest of the global community to tackle this issue, India has to be a key player in this discussion, especially since India is a leader in production of low cost generic medicines, but also economically as the country is exploring the potential to become a destination for ‘medical tourism’. There is an increasing awareness about AMR in India within the scientific community, and the efforts are being made to generate awareness amongst citizens. Nonetheless, I was pleasantly surprised when Indian Prime Minister Narendra Modi, in his monthly radio broadcast in August 2016, highlighted the importance of using medicines rationally and preventing the development of resistance to common antibiotics. This is definitely the kind of attention this issue needs to get in India.

What structural issues in global health governance have been uncovered following the Ebola pandemic and now the Zika virus?

A number of disease outbreaks and epidemics in last few years have received global attention and highlighted that the threats are real, no matter where they originate. And given the interconnected world we live in, all countries are at risk, and so we need to step up our efforts if we wish to work together to address global threats. The countries with weaker health systems have been hit the worst. These threats have highlighted the need for (1) an improved disease surveillance system; (2) sufficiently trained health workforce, (3) a local and global surge capacity; (4) need for collaboration amongst countries; (5) more investment on research and development of medicines and vaccines (6) importance of stewardship and leadership; and (7) a greater investment in health systems.

The good news is that there is an increasing awareness that the health systems which can provide basic healthcare to the people are also the one which can effectively handle emerging epidemics. The Ebola crisis caught the global health community unprepared. However, the swifter response to Zika showed that lessons were learned. While Ebola largely affected low and middle income countries, the Zika virus started in Brazil and found its way to Singapore. These experiences have shown us that epidemics can move swiftly from a local to a global level and that well prepared health systems play a vital role in how well and how quickly health threats are dealt with.

The global health landscape is changing rapidly, with power shifting away toward a more diverse set of actors – a trend that I expect to continue in the coming years. I hope, this would change the dynamics in coming years and the fast growing large economies, while taking care of the health of the people in their own countries, would show increasing interest and responsibilities to improve global health. If I am given the opportunity to meet the national leaders of a few of these economies, especially of India or China, I would make a case to them to take the lead and raise the global health issues at highest political forum such as G-20 or G-77. Simply put, rapidly growing large economies could and should play a bigger role than they have been doing till now. There would be very few starting points better than strengthening epidemic and pandemic preparedness and response systems across the globe or tackling AMR challenge, to list a few.

Chandrakant Lahariya is a public health specialist based in New Delhi. He is a Global Governance Futures 2027 fellow in the global health and pandemics working group. The views expressed are those of the interviewees and do not necessarily represent the views of, and should not be attributed to, the organization/institutions he has been affiliated to.