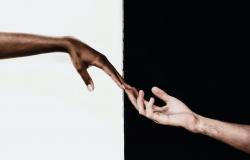 Rahul Sur argues that love, in its non-romantic but compassionate sense, should be an ingredient in policy formulation as it has shown its relevance and effectiveness in diverse fields.

A giant of modern disaster studies, C. E. Fritz, observed that disasters can create supportive social setting during which societies talk more freely about the sentimental concerns of life including despair, hope and love. The COVID-19 pandemic was no exception as it resulted in the spontaneous expression of positive emotion of love even as it caused disastrous public health and economic effects worldwide. Health care workers, for example, received adulation for their selflessness and devotion. Clearly, COVID-19 increased the value attached to love, as it exacerbated the existing epidemic of loneliness.

Understanding love not in its romantic sense, but rather compassion, care, altruism, empathy, comfort, encouragement, affection, and understanding, I enquired into the case for the explicit inclusion of the emotion of love in policy formulation when society is not in the midst of a disaster.

This revealed obstacles to integrating love in policy formulation. Specifically, as rationality remains highly prized in policy formulation, despite many reservations about it, it strives for a cool and levelheaded approach, avoiding the messiness of human emotions. It also focuses largely on controlling and compensating for negative human behaviour, almost completely ignoring its positive attributes and capacity.

Given these obstacles and to find a better way, I propose love for inclusion in policy formulation on the rationale that it is a real and positive emotion. I support this with six eclectically drawn examples and also suggest ways for their practical use.

First, as hate - an emotion opposite to love - is being analyzed regarding how to control it, love must be studied to promote it.  Hate sows fear and division on a global scale. Consequently, rational policy has become deeply interested in hate, to understand, contain and control it. An international network specifically studies hate. The UN seeks to control hate speech.

Love has intermittently, but explicitly been used to combat terror attacks. This happened after the Christchurch terror attack, when the Prime Minister of New Zealand sought sympathy and love for all Muslim communities.  It was also used after the 9/11, the Orlando nightclub and the Manchester terror attacks.

While the effectiveness of such responses to hate has not been established, their symbolism cannot be overlooked. If public officials and academics strive to eliminate hate in the public sphere, it is logically asymmetrical for them to neglect to rally the power of love for positive social outcomes and overlook its role in policy formulation.

Second, medicine is demonstrating that love may contribute to better healing outcomes. Science has increasingly shed light on the healing power of love by unlocking its biochemical secrets. Oxytocin, a molecule identified with the biochemistry of love has anti-inflammatory, antioxidant and restorative properties. Cardiac patients who felt loved had less clogged arteries. Consequently, private foundations are increasingly including love in new healing paradigms.

The healing potential of love in medicine is related to the presence of, relationship with, and touch by other humans. This insight can be applied in urban planning, as in recent years, the role of cities, in contributing to chronic loneliness has come under scrutiny. The link between social isolation, mental health and urban design is being studied.

If our cities increase loneliness, then a deliberate effort in the opposite direction would mean ensuring that human sociality is a core consideration when writing urban development regulations. Learning from scientific advances in medicine, mayors could regard the promotion of love as an integral part of their governance and policy formulation responsibilities.

Third, businesses use love’s appeal for profit. Many businesses--excluding those selling love and romance linked products-- know the power of love to increase consumers’ attraction for their products. Global car makers like Subaru, Honda and Nissan, chains like McDonald’s, organic food chains like Whole Foods have all included love in their sales pitches.

Pertinently, its use for public ends also appears to be growing. In 1976, New York City devised its ‘I Love New York’ slogan to reverse urban decline and recently, Scotland’s national values refer to its residents growing up loved, safe and respected.  In 2019, the UN General Assembly resolution called on countries, the private sector, civil society, and individuals to build and promote the culture of peace with love and conscience.

There is a case for updating democratic ideals that have remained frozen.  If liberty, equality, and fraternity could be ideals for the French revolutionaries – and remain part of French national heritage – love can also be inducted into a country’s constitution as it has much in common with fraternity.

Learning from shrewd marketeers, policy makers could influence people’s behaviour to generate more meaningful citizen involvement in governance.  Democratic values and ideals should be updated to include love to respond more effectively

Fourth, positive psychology marshals the power of love. Its central insight is that it is imbalanced to examine only the negative aspects of the human mind and ignore its positive aspects. It pointed out that traditional psychiatric textbooks, for example, overwhelmingly focus on negative emotions like anxiety, depression, shame, guilt, anger, and fear but barely mention hope, joy and can omit love or compassion entirely.  Thus, positive psychology includes love and the capacity to love as a character strength.

Positive psychology’s relevance lies in its extensive collection of validated instruments for measuring subjective wellbeing. Gallup’s Well- Being Index and the Warwick Medical School’s mental wellbeing scale, could, for example, be modified to ascertain whether people feel loved. This would be consistent with the spirit of measuring positive emotion, something already done in the case of happiness.

Learning from positive psychology would demonstrate policy makers’ openness to any area of scientific enquiry, and not only economics.  Additionally, it would offer a new interpretative lens in addressing complex social problems and contribute to the growing social agenda of promoting well-being and a flourishing society. Policy formulation would thus transition from a deficit focus to an asset focus.

Fifth, with varying degrees of emphasis, major religions all refer to love.  It is true that religious love as preached and practiced can be problematic, as it may be reserved for the believing group. Nevertheless, a common message of love resonates in all major religions.

Christian theologians state that Christianity is the assertion that love is the most powerful force in the universe. In Islam, it said that entering paradise depends on believing and loving one another.

In the Jewish tradition, in Hebrew, Ahava is the most commonly used term for both interpersonal love of family, love of God and the affection or care one person shows for another.   In Hinduism, the Bhagavat Gita put forward bhakti yoga, the path of devotion and love.  In Buddhism, the Metta prayer, (the Lovingkindness prayer), is an unconditional, inclusive and prayer for oneself and others.  Messages of love are also to be found in the Sikh, Sufi, Ahmadiyya and Baha’i teachings.

While there are valid reasons why to exclude religious doctrine from policy formulation, this exclusion should not extend to the effects of religious faith, as they are of direct relevance to policy makers.

Specifically, in public health, a study reported that religious involvement and spirituality were associated with better health outcomes, even after adjusting for variables.  Religious involvement was also associated with health-promoting behaviours such more exercise, proper nutrition, more seat belt use, and smoking cessation. These outcomes are the standard concerns of public health policy.

Religiously inspired messages of love were used effectively by respected leaders, including Gandhi and Martin Luther King Jr. At a time of growing religious diversity in many countries, policy makers can communicate with various faith communities using their deeply felt and internalized lexicon of love.

Last, but not the least, women’s actions show that compassion and love-based approaches and solutions strongly resonate with them to address important societal issues.

Science has shown that compassion mechanisms evolved differentially in women who report greater emotional sensitivity than men when viewing suffering. In philanthropy, women are more invested in human oriented causes.  Women constitute the majority of animal rights. One reason why more women are vegetarian appears to be their greater concern for animal rights.

The UN considers there is plenty of evidence that women are more open than men to reducing their personal environmental impact. Women’s non-profit organizations, such Working Women for Oceans, explicitly works to help save oceans and asks citizens to ‘protect what you love’

More than 50 per cent of the world’s population are women. As they are strongly in favour of a caring and loving approach to address important societal issues, including love as an ingredient in policy formulation could give it special relevance for them.

The six examples given above demonstrate love’s versatility, making it relevant for those who formulate policy. Love in policy formulation is not a panacea, and nor can it replace rational policy formulation. Nevertheless, this positive, universal, and resilient emotion should be incorporated in policy formulation to increase its effectiveness and relevance given the exceptional negativity of our times following COVID-19.

Rahul Sur has served the UN in various capacities since he joined the Organization in 1997. Currently, he is Chief of Section, Inspection and Evaluation Division, OIOS (IED/OIOS) where his work focuses on African development issues.

Photo by Matheus Viana from Pexels