Islamists and the State: The puzzle of enduring competition 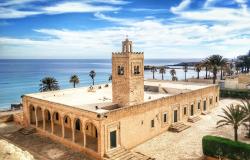 Rory McCarthy argues that religion still shapes politics even at a time of Islamist setbacks in North Africa.

After a decade in government, Islamist parties in Tunisia and Morocco are now out of power. Both have lost significant support in recent elections, and both now face fraught internal debates about how to rebuild their organizational structures and their political projects.

This crisis of Islamism in North Africa is in line with trends elsewhere across the Middle East, which suggest Islamist movements are declining in political, societal, and cultural influence and facing increasing political polarization. But does the decline in Islamist influence mean a corresponding rise in political secularism?

What we see in both Tunisia and Morocco is not a notional contest between historically secular states and Islamist parties. Instead, what we see is a competition between state control of Islam and Islamist movements offering highly adaptive political projects which draw on a religious reference. There are three observations that stand out:

First, survey research suggests that citizens in Tunisia and Morocco are now quite cautious about how much they want religion to influence politics in their countries. There is some evidence of secularization of attitudes towards politics.

In their most recent survey in 2021-22, Arab Barometer found high levels of religious observance. A clear majority of respondents in both countries described themselves as either religious or somewhat religious (72% in Tunisia, 92% in Morocco). But respondents were also asked if they wanted the laws of their country to be based on the Islamic Sharia or the will of the people. A clear majority in both countries wanted laws to be either entirely or mostly based on popular will, or equally based on popular will and the Sharia. In both countries most did not think religious clerics should have influence over government decisions. Most thought religious leaders were as likely to be corrupt as non-religious leaders.

A surprising proportion thought religious practice was a private matter that should be separate from social and economic life. More than a third of respondents thought that in Morocco and more than two-thirds of respondents in Tunisia. So, although religious observance remains high, citizens in these two countries appear sceptical about how much they want religion to influence political life.

Second, this secularizing popular context has contributed to the strategic and ideological revisions of the major Islamist parties in both countries. Both Ennahda in Tunisia and the Party of Justice and Development, the PJD, in Morocco have spent the past decade in government and have become much more pragmatic than Islamists elsewhere in the region. Both diluted their Islamizing agendas, giving up the goal of establishing an Islamic state, and cooperating with parties from different ideological backgrounds, including secular parties.

Both parties present policy agendas focused on valence issues (for example promising to tackle corruption or to create jobs), not focused on polarizing religious agendas. Both accept the rules of the democratic game, even as they operate in semi-authoritarian environments.

Both parties have been so shaped by their social and political environments that they might today be considered post-Islamist. They no longer seek to capture the state to impose a set of religious obligations. Neither party even calls itself Islamist anymore.

But both the PJD and Ennahda have faced serious electoral setbacks. In Tunisia, Ennahda has steadily lost votes in elections since its first victory in 2011 and was then forced out of power in July 2021 when the elected president Kais Saied staged a coup, shutting down parliament. He drew on widespread hostility towards Ennahda to legitimise his actions. In Morocco, the PJD was heavily defeated in September 2021 when pro-monarchy parties won elections.

However, this rejection of the Islamists has not yet translated into a surge in support for politically secular projects. There are political parties in both countries which articulate political secularism as an ideology, meaning that they want to exclude religion from the public sphere. This is often framed as an anti-Islamist policy, for example with Tunisia’s Free Destourian Party.

But secularists have yet to succeed in significantly reshaping government policy. And in both countries Islamists have cooperated in government with secular parties, so the picture is more nuanced than it seems.

Third, it’s a false binary to see the primary competition in this post-Arab Spring era as an Islamist-secularist rivalry. Instead, in Tunisia and Morocco the two states not only support religion, but also seek to impose Islam as the dominant religion. These states are not neutral on religious freedoms. This strategy dates back well before the entry of Islamists into government.

What we see is a rivalry between state control of Islam and Islamist movements offering competing political projects drawing on a religious reference. This competition over the relationship between political authority and religious actors actually represents a resurgence of the political influence of religion.

This is very clear in the case of Morocco. The Moroccan government doesn’t just support Islam but ensures it is the hegemonic religion. Islam is the official state religion, and the king, who claims descent from the Prophet, is formally the Commander of the Faithful and the guarantor of the free exercise of belief. That means official support for Islam is about strengthening the religious authority and legitimacy of the king. This reflects the argument of Jocelyne Cesari that the modernization of Muslim-majority societies has led to an unprecedented politicization of Islam.

Under this system, Islam in Morocco enjoys privileges in law that are not equally shared with other religions. There is a small Moroccan Jewish community, which enjoys government protection. But there are constraints on all other religions.

There is also strong state control over the practice of religion. This process has become increasingly institutionalised since 2003, when a series of suicide bombings in Casablanca highlighted the risk of radical Islamism. Though these reforms are ostensibly about promoting an official Islam based on ‘balance, moderation, and tolerance’, they also have a strong security dimension. The government issues guidance on the content of sermons at Friday prayers, and monitors preaching in mosques. Preachers viewed as extremist have been arrested and jailed. The government trains imams in Morocco and in Europe, to promote its state version of Islam. The law forbids political parties founded on religion and no party may challenge Islam as the state religion.

There is a similar process underway in Tunisia. After the 2011 uprising in Tunisia there was a pushback against a historic legacy of state control over religious activities. Hundreds of state-appointed imams were expelled from their mosques and replaced by preachers chosen by local communities.

But since then, state institutions have gradually reasserted control over the religious sphere. A new constitution in 2014 reaffirmed Tunisia’s religion as Islam and empowered the state to act as the guardian of religion. Islam is the hegemonic religion: proselytising to Muslims is banned and Christian groups say they are restricted from meeting.

Security concerns drive these policies. Since 2011 the state has regained control over mosques, forcing out preachers it regards as extremists, and suspending more than 150 Islamic associations across the country. Authorities have arrested those accused of religious extremism. The government issues guidance about the content of sermons at Friday prayers and the law forbids parties founded on religion. So, as in Morocco, the state asserts Islam as the hegemonic religion and takes a security-first approach to control of religious spaces.

Now in Tunisia a new populism is emerging with religious characteristics. Kais Saied, Tunisia’s authoritarian president, has rewritten the constitution to create a hyper-presidentialist system. At the moment of his coup in 2021, he capitalised on widespread popular frustration with all political parties, but especially Ennahda. Within months, senior Ennahda officials were being targeted for questioning and detained on security-related accusations.

But alongside this anti-Islamist strategy, Saied has introduced a much more assertive role for religion in the constitution. Saied’s new 2022 constitution presents Tunisia as part of the Islamic nation and empowers the state to work to achieve the higher objectives of Islam, the maqasid. The Islamists have been discussing the maqasid for several years, as part of their intellectual revision, and now the president seems to have taken up the idea too. This demonstrates that the state and the Islamists influence each other in their competition over interpretations of Islam.

Saied’s constitution goes further than the Islamist’s formal position and almost seems to codify religion as positive law, though its meaning is perhaps intentionally ambiguous. This then is not a secular versus Islamist divide. This is about Saied competing with Islamist parties to monopolise religious authority and to ensure the political survival of his authoritarian project. Thus, the state, not just the Islamists, politicises religion. The policies of both the state and the Islamists are mutually constituted by this ongoing competition.

Rory McCarthy is an assistant professor in Politics and Islam at the School of Government and International Affairs at Durham University. He is the author of Inside Tunisia’s al-Nahda: Between Politics and Preaching (Cambridge University Press, 2018).

From Dissatisfaction to Mobilisation: The Islamic Republic’s Perfect Storm