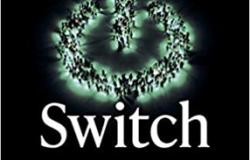 Early in the pandemic, New York Governor Andrew Cuomo called the pandemic “the great equalizer.” In the months since Cuomo’s statement, it has proved to be anything but an equalizer. American billionaires have increased their wealth by more than $1 trillion since the pandemic began, while the virus has disproportionately impacted the elderly, people of color, and low-wage workers. And although many low-income countries have contained the virus more effectively than countries like the US and the UK, inequalities in wealth and power have ensured that the pandemic’s indirect effects have devastated poor countries. Countries able to borrow at low rates have produced trillion-dollar stimulus packages, but since the beginning of the pandemic the average person in a low-income country has received just four additional dollars in social protection. These countries face a mounting debt crisis and a prolonged pandemic. While rich countries have bought up vaccine doses in bilateral deals with pharmaceutical companies, low-income countries may have to wait years until they can vaccinate a majority of their populations.

In his recent book Power Switch: How We Can Reverse Extreme Inequality, Paul O’Brien argues that the pandemic could yet lead to a more equitable future. Crises have historically produced changes that would be impossible in normal times, and O’Brien notes that this may be the most significant opening for reform since the end of World War II. O’Brien acknowledges that thus far the pandemic has amplified existing inequalities, but it has also strengthened the argument for progressive internationalism. The speed at which the pandemic spread demonstrated the world’s interconnectedness, while the devastation it has produced points to the inadequacy of pre-pandemic social protection systems. And with an incoming Democratic government in the US, progressives will have a much more receptive audience than the Trump administration.

O’Brien, Vice-President of Oxfam America, begins his book by providing a framework to describe “international activists,” a term that encompasses actors like Oxfam, Greta Thunberg, and grassroots antiwar activists. O’Brien argues that international activists are private actors who pursue the public interest, seek to redistribute power as opposed to purely resources, and intentionally seek changes that will impact people beyond their own borders. The role these activists can play in reversing inequality is the focus of his book, and O’Brien focuses most extensively on US-based activists. In his particularly insightful second chapter, O’Brien argues that in recent decades mainstream international activists shifted away from zero-sum understandings of power to an empowerment model in which power could be generated, not just redistributed. O’Brien notes that despite this approach’s benefits, it often left activists fighting against no one: in an empowerment model, there is no duty bearer against whom one can assert rights. In his third chapter, O’Brien highlights the relevance of redistributive politics to the pandemic. A shock this large will inevitably shift the distribution of power, and O’Brien argues that international activists must act to reverse the pandemic’s tendency to redistribute power upwards.

In the second half of his book, O’Brien narrows in on the strategic approach that international activists should take to combat inequality. Chapter Four notes that the pandemic has only accentuated a trend towards extreme inequality. Though extreme poverty has fallen in recent decades, extreme inequality has increased dramatically—2,153 billionaires now have as much wealth as 4.6 billion people—and O’Brien points to inequality’s corrosive effect on political systems. His fifth chapter identifies challenges that US-based activists will have to overcome in order to capitalize on the opportunity for progressive reforms that the pandemic presents. O’Brien notes that an incoming Democratic majority is far from enough to ensure the U.S. pursues progressive internationalism: the Biden administration may not embrace progressive policies unless activists mobilize effectively, but American progressives also need to be convinced to think internationally. In his final chapter, O’Brien identifies three specific policy areas activists should focus on to reduce global inequalities: first, stemming the money leaking from low and middle-income countries due to sovereign debt and multinational tax abuse; second, advocating for new sources of money, particularly an expansion of Special Drawing Rights, the IMF’s reserve assets; and third, supporting an increase in aid and development finance. O’Brien argues that resources generated through these policy changes must be used to build stronger public health systems and safety nets, and he also identifies vaccine distribution as a central fight for international activists.

O’Brien demonstrates impressive strategic acumen in Power Switch. In a state-centric world in which the countries of the Global North wield outsize influence, the Northern advocacy that O’Brien focuses on remains a necessary component of efforts to advance global justice. The course of many of the most significant challenges faced by countries in the Global South—from vaccine access to sovereign debt to climate change—will hinge on the decisions of governments and corporations in the Global North. O’Brien recognizes that rich countries will be slow to commit to more equitable international policies unless they face an organized domestic political constituency, and Power Switch outlines a vision of progressive internationalism that could help engage an American public that typically has little interest in or knowledge of foreign policy. O’Brien writes that “fighting inequality at the cost of a healthier and fairer America is a campaign that progressive internationalists will never win.” Indeed, O’Brien’s focus on inequality and plutocracy allows him to highlight common interests between the middle and lower classes of both rich and poor countries. Policies narrowly aimed at reducing global poverty offer little benefit to the vast majority of Americans: even when using the $5.50 per day poverty line below which almost half of humanity lives, few Americans qualify. In contrast, policies confronting the wealth and power of the world’s richest one percent, like eliminating tax havens, would benefit both the global poor and most people in rich countries.

Still, appeals to self-interest can only take international activists so far, and the moral argument is more compelling for some of the policies for which O’Brien advocates. O’Brien calls for more equitable vaccine distribution; but from a self-interested perspective, few Americans are likely to object to receiving vaccines before low-income countries. Similarly, an expansion of Special Drawing Rights will have little effect on Americans’ lives. Where the argument for self-interest is excessively attenuated, progressive internationalists should not shy away from appealing to values and identities. Indeed, some of the biggest victories for international activists in recent decades, like waiving intellectual property restrictions on AIDS medications or achieving sovereign debt relief, relied on strong moral arguments but offered limited benefits to the populations of rich countries.

Power Switch is a concise and timely contribution to a highly consequential political moment. Early in the book O’Brien cites Milton Friedman’s argument that only a crisis can produce real change. Friedman wrote that “when that crisis occurs, the actions that are taken depend on the ideas that are lying around.” I hope that policymakers will pick up the ideas lying around in Power Switch—and if not, that international activists will compel them to.

Tim Hirschel-Burns is a J.D. Candidate at Yale Law School.

Early View Article - Academic Research on the 2030 Agenda: Challenges of a Transdisciplinary Field of Study