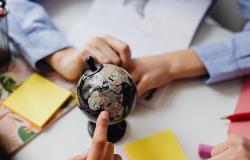 Indrajit Roy argues that the support for Ukraine among much of the Global South stands in stark contrast to the abstentions by 35 countries.

The brutal war in Ukraine has led many observers to conclude that the Liberal International Order (LIO) is dying. As Great Power rivalry returns centre-stage, we are told, the vast majority of the world’s nations, mostly from the Global South, are not taking sides, thus letting the LIO pass. The “non-alignment” of such nations as China, India, Pakistan and South Africa is held up as evidence of the Global South’s refusal to get embroiled in what is perceived as a Western or Northern conflict.

Against these perspectives, this article argues that predictions of the death of the LIO are premature. Furthermore, the Global South is not a monolith. Unlike the Global North, countries in the Global South are deeply divided over Russia’s invasion of Ukraine and the future of the LIO in general. 14 out of 26 countries in the Asia-Pacific region and 28 out of 51 African countries voted in favour of the UNGA resolution on March 2, 2022 condemning Russia’s invasion of Ukraine. Other regions were slightly less divided, but far from homogenous: all but four countries in the Middle East and North Africa region, and all but two Latin American countries supported the resolution.

The death of liberal internationalism?

The emergency session of the United Nations General Assembly (UNGA) offers important insights into the alleged death of the LIO. It convened within a week of the Russian invasion, for the first time since 1997. A whopping 141 countries (out of 193) supported the resolution condemning Russia’s invasion. They demanded that Russia stop its offensive and withdraw its troops immediately. Although non-binding, the overwhelming support for the resolution does provide an important sense of global opinion.

The resolution was framed as upholding the importance of the rule of law among nations. It recalled UN declarations of principles of international law which were committed to national sovereignty and political independence of countries large and small. That almost three-fourths of UN member-states voted to support this resolution suggests that the LIO, while certainly facing grave threats, is far from dead or dying.

The LIO has faced increasing condemnation in recent years for being Eurocentric. Critics argue that its underlying principles- of openness, rules-based international relations, and security cooperation- were all laid in the wake of the Second World War during the Atlantic Charter. It is further suggested that the United Nations was founded by the victors of the Second World War as the outcome of agreements between the US, UK and USSR. The LIO is, it is often suggested, a Western imposition on the world to shape the world in its own image.

In fact, however, such criticisms draw too neat a binary between “the west” and “the rest”.  Recent scholarship on China and India have both contributed to recovering their respective roles in the birthing of the LIO. Indeed, of the 51 founding members of the United Nations, over 30 were from the Global South. By emphasising the Western origins of the LIO, its supporters and critics alike have ignored the role of the Global South in the provenance of that order.

The importance of the Global South holds true for the present moment as well. Of the 141 countries that condemned Russia’s invasion of Ukraine, over 90 countries are from the Global South. Criticisms of Russia are thus not confined to European or North American countries: rather, the majority of the nations that voted for an immediate withdrawal of Russian troops and protection of Ukraine’s sovereignty are from the Global South. The Kenyan delegate reminded his audience of the dangers of clinging to irredentism and expansionism before going on to defend multilateralism:

Multilateralism lies on its deathbed tonight. It has been assaulted today as it as it has been by other powerful states in the recent past. We call on all members to rally behind the Secretary-General in asking him to rally us all to the standard that defends multilateralism.

Countries with vibrant anti-colonial traditions- such as Haiti, Liberia and Nepal- voted unequivocally to uphold multilateralism and the rules-based order which the UN is mandated to preserve.

Liberal internationalism from below

Concerns about openness and rules-based multilateralism were not limited to the Western powers emerging from the Second World War. These were even more central to anxieties among newly-independent countries about the continuing interests of their former colonial powers (the same Western powers that had defeated the Axis). They too were animated by the belief that international society was corrigible- that it could be reformed, based on the equality of nations. Indeed, the recently-decolonised countries of Asia and Africa went a step further: at a time when racial segregation was rife in the United States, the self-styled leader of the free world, the Bandung Conference recognised the equality of all races and peoples. The UNGA resolution condemning the invasion of Ukraine inherits this anti-colonial stance.

“Liberalism from below” was evident across the diverse geographies that supported Ukrainian independence. The majority of countries in each region of the Global South (albeit a bare majority in the Asia-Pacific and Africa, as noted above) condemned Russia’s invasion. “My country still exists today because the peoples of the United Nations at the time stood up immediately to the cries of the innocent lives,” he poignantly noted, refusing to see the Ukrainian crisis as a distant tragedy.

The delegate from Trinidad and Tobago noted “For us, our suit of armour resides in the principles enshrined in the [UN] Charter and in the universal and unconditional acceptance of the basic tenets of international law by all members of the international community.” Naming Russia as the aggressor, the Nigerian delegate called upon all actions that violated sovereignty, national integrity and international law to immediately stopped. Even India, which formally abstained, called for an immediate cessation of violence and an end to hostilities, and reminded the audience that Member States are obliged to respect international law, territorial integrity and State sovereignty.

Understandably, the most vocal votaries of “liberalism from below” were delegates from among the smaller-sized states. Antigua and Barbados, Cote d’Ivore and Vanatu insisted that the UN send out a clear message that “might is not right”. Even the Solomon Islands, which recently inked a security pact with China, voted in favour of the resolution. In a passionate speech, the delegate from Palau argued

If the turns of fate had one of our former colonizers act with the aggression of Russia towards us, citing the justification of historical unity, it would have been our people who would be suffering the atrocities of war we are seeing in Ukraine today,

The support for Ukraine among much of the Global South stands in stark contrast to the abstentions by 35 countries, including China, India, Pakistan and South Africa. These countries have justified their abstention by invoking the principle of ‘non-alignment’ and a refusal to be embroiled in what they call a western war. For example, as one Indian journalist celebrated India’s abstention as evidence of its “independence”, another traced it back to its historic policy of non-alignment.

Such comparisons are facetious. Non-alignment is a movement of solidarity that encompasses 120 countries of the world, categorically committed to maintaining a rules-based world order. The abstention on the UN resolution, by contrast, allows the invasion of Ukraine to proceed apace. That is neither in keeping with the spirit of non-alignment nor with what much of the Global South wants. As this realistic assessment by the delegate from the Maldives puts it: “We know we do not possess powerful weapons of destruction; instead we rely on our principles and the solidarity of nations”.

Another Summit Over: What has the G7 Ever Done for Us?

Focal Times and Spaces: How Ethnography Foregrounds the Spatiotemporality of International Organizations and Global Governance