Prerequisites for Peace in Palestine/Israel 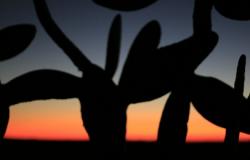 This people-focused contribution questions fundamental assumptions about the persistence of the Palestinian-Israeli conflict and discusses prerequisites for alternative strategies. It argues that without addressing people’s perceptions and beliefs, peace will remain elusive. It also argues that moving beyond the cycles of failure and impasses requires serious engagement in a process of decolonization of Palestine, new framings and new assumptions to understand why this conflict persists. Only by addressing the imbalances of power and ending the Israeli occupation in the short term can future long-term solutions be discussed. A version of this chapter first appeared in Mediterranean Politics. This version will appear in the forthcoming e-book 'The Future of the Middle East' co-produced by Global Policy and Arab Digest, and edited by Hugh Miles and Alastair Newton.

The distorted peace process between Palestinians and Israelis assumed that the Palestinian‒Israeli conflict is solvable and will reach an end in the near future. This simplistic assumption needs to be reversed, this contribution argues, in an attempt to look for realistic and workable alternative solutions. What if the underlying assumption of the peace process was that this conflict is persistent, protracted and possibly unsolvable? How would this new assumption affect the available set of policy options and interventions? And how would a different starting point impact on the Palestinian and Israeli strategies?

These questions are not merely posed as an intellectual exercise but are inspired by the complex dynamics of the conflict, the embedded vested interests and realities on the ground, and the asymmetric power relations. Evidently, a just and lasting peace is very far off. Indeed, it is a myth to claim that a  negotiated peace is around the corner, or that the two-state solution is the only viable option for a lasting peaceful settlement and the realization of fundamental rights. Realizing rights and the traditional two-state solution have proved to be incompatible spheres. Rather, any analysis should start from the one-state reality (State of Israel) – not to be confused with the one-state solution – its nature and policies, its apartheid structures and regime, and its colonial settler project in the occupied West Bank and Gaza Strip.

However, beginning the search for alternative strategies and visions from this starting point necessitates a number of prerequisites or pillars to allow the Palestinians and Israelis to engage in a process of positive change. For the Palestinians, the absence of a unified, representative and accountable political leadership, the absence of a culture of debate, and fragmentation on all fronts are some of the factors that define their weakness. For the Israelis, underpinning factors for the persistent impasse include an unwillingness and inability to recognize and feel the costs of the military occupation, the overall feeling of superiority, and the failure to address the demographic phobia ‒ and the associated phobias ‒ in the collective narrative.

Homework for the Palestinians

The leadership should not be allowed to use the sacrifices and suffering of the Palestinian people to achieve narrow political and, sometimes personal, goals that benefit the few (elite) not the many (nation/society). This will only be possible when a culture of accountability becomes the rule rather than the exception, and when the Palestinian people decide to sit in the driver’s seat of the governance processes by challenging and clashing with the multiple levels of internal and external forms of repression and injustice.

The Palestinian people’s ownership of their political system will not only ensure public accountability, but it will also bridge the legitimacy and trust gap. The first question that any new Palestinian intellectual and political leadership needs to address is: where are the Palestinian people in their political system? This is not a utopian vision, but rather a very basic one if democratic rule is the objective. What is required is a new dedicated Palestinian leadership that rejects the fundamental pillars of the Oslo Peace Accords and the existing rules of the game (the matrix of control). Rejecting the Oslo Accords fundamentally is not a rejection of peace, but a rejection of slavery and oppression that has persisted for decades. Indeed, without confrontation with Israel, Palestinians will never escape the status quo, which is the favoured scenario for Israel. Confronting the occupier, colonizer or oppressor is the main lesson from the history of liberation movements across the world.

Currently, and after a quarter of a century of failed negotiations and peace processes, this confrontation strategy in local and international theatres, and at the micro and macro levels, for instance by using boycott, divestment and sanctions (BDS), the International Criminal Court (ICC) or other forms of resistance to realize rights, is the only way to address the imbalances of power between Palestinians and Israelis. Unless the power asymmetry is addressed and the military occupation of the West Bank and the Gaza Strip is ended there will never be a lasting and just peace. It is crucial to highlight that ending the occupation is necessary for either the one-state or two-state solution.

Homework for the Israelis

As for the Israelis, the continuous shift towards electing ultra-right-wing leaders, some of whom do not even consider Palestinians as fellow human beings or reject them as a nation, does not provide grounds for optimism. During the summer of 2015, I was able to spend considerable time exploring parts of historic Palestine, Israel today, and talk to many Israeli people from different backgrounds and levels of religiosity, without revealing my identity as a Palestinian. This exercise showed me how far removed the attitudes and beliefs of ‘ordinary’ Israelis are from the Israeli occupation, which in most cases is only 15–60 km away. In other words, it showed me how large and well-sealed the Israeli narrative bubble is in avoiding recognition of the occupation.

The Israelis I talked to either refused to consider the current situation as an occupation, or they really struggled to understand what I was referring to. How can it be that the biggest elephant in the room can be so easily missed? This remains an open question. However, answering this question may also provide part of the solution. Unless ‘ordinary’ Israelis recognize the occupation and acknowledge it as the main source of their insecurity, there is very little hope for peace. The role of the international community, particularly the European Union, is crucial here to start the process of recognition, through tactics of boycott, divestment and sanctions, but also by refusing to subsidize the Israeli occupation via the international aid industry in the West Bank and Gaza Strip. Measures that have daily economic, political, moral and personal impact on ‘ordinary’ Israelis are necessary prerequisites for changing the future dynamics of the Palestinian-Israeli relations.

Another observation from my small, random and unrepresentative sample is the sense of superiority. Liberal, leftist, fundamentalists, secular, religious and progressive voices, from different generations living in different cities, shared the feature of superiority, which is problematic at the very personal and human level, before it extends to politics. Statements like ‘we are God’s chosen nation’, ‘we don’t care about international law’, ‘we help those poor Palestinians to end the occupation’, ‘we offer Palestinians jobs and they work for us’, ‘Gaza is irrelevant’, and ‘I have Palestinian friends but would never trust them’ characterized the discussions. Therefore, unless ‘ordinary’ Israelis perceive themselves as ordinary people and not superior to other nations it is impossible to imagine how a one-state or two-state solution could work.

Furthermore, just as the Palestinian people and leadership need to engage in a serious process of reforming their strategies, so do the Israelis. The Israelis need to reconcile internally a number of issues mainly related to apartheid structures, Jewish supremacy, the Jewish nature of the state, the demographic phobia and the return of the Palestinian refugees from exile. The status of Jerusalem, however, remains a key issue that needs to be tackled urgently due to its centrality in the current and future dynamics of the Palestinian‒Israeli relations. Israelis must not underestimate what Jerusalem means to the Palestinian people. Nothing can illustrate this better than the protests and acts of resistance that erupted in occupied Palestine in October 2015 and July 2017. It is a daunting task to address these issues and to debate them. However, these issues cannot be dismissed if the different actors are interested in finding realistic solutions.

Towards a Lasting and Meaningful Peace

This selected set of personal observations and broader themes may help assess the future of Palestinian‒Israeli relations. In short, I argue that a people-focused reflection and understanding is the missing element in the vast majority of analyses, and that without popular legitimacy, without bringing people back to the core of the political systems, and without the fulfilment of people’s aspirations, peace will remain elusive and the conflict will remain unsolvable. The perceptions of the people, their fears and sufferings, their set of values and beliefs, and their powerful narrative can no longer be neglected if we are interested in achieving justice and equality. However, the conventional tools, assumptions and frameworks are fundamentally flawed. Moving to alternative frameworks and tools necessitates first and foremost a firm acknowledgment that the existing framework must be laid to rest.

Nearly a quarter of a century of failures reveals where the problems lie. Indeed, it exposes the deficiencies of an approach that dismisses the root causes of the conflict and supports the normalcy of domination and colonization. Moving beyond the cycles of failure and impasses requires serious engagement in a process of decolonization of Israel and Palestine, and new framings and new assumptions to understand why this conflict persists. Neither the old tools nor the current frameworks can serve as a catalyst for a positive future change. Only by addressing the imbalances of power and ending the Israeli occupation in the short term can future long-term and lasting solutions be discussed.

Dr. Alaa Tartir is the Program Director of Al-Shabaka: The Palestinian Policy Network and a Research Associate at the Center on Conflict, Development, and Peacebuilding (CCDP) at the Graduate Institute of International and Development Studies (IHEID), Geneva, Switzerland. Amongst other positions, Tartir previously served as Visiting Scholar at Utrecht University’s Department of History and Art History, The Netherlands, Post-Doctoral Fellow at The Geneva Centre for Security Policy (GCSP), and Researcher in International Development Studies at the London School of Economics and Political Science (LSE), where he earned his PhD. Follow Alaa Tartir on Twitter @alaatartir and read his publication at www.alaatartir.com

What We Owe to Donald J Trump