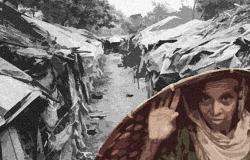 Through a case study of the Rohingya in Bangladesh, Ashfaq Zaman calls for more innovation to find long-term solutions for refugee populations settling in developing countries.

In recent weeks, ad hoc refugee camps in Lebanon and Bosnia have been set ablaze. As well as the immediate tragedy of some of the world’s most vulnerable individuals being thrust into further hardship, it has reminded us how it is developing countries who host 84% of the world’s refugees.

Those countries, who often have their own challenges of overcrowding, poverty, and even intercommunal tensions, must work hard to create sustainable solutions for their growing refugee populations, without fear of reprisal from an international community that seems resigned to the status quo.

Lebanon is a typical example of these challenges. It has the largest per-capita population of Syrian refugees in the world. Last August’s blast in Beirut has stemmed the flow of grain to refugee camps - just another example of how a precarious state is often ill-equipped to host refugees. But it is those states who are relied upon to act as geographic buffers for Europe and other richer regions that refugees would prefer to be hosted in.

This creates impossible choices for host nations. They can either close their borders at the first sign of trouble in a neighbouring country, forcing them to witness at close quarters the slaughter of victim populations who often share an ethnicity, faith or language with their own people. This is to say nothing of the humanitarian obligation to provide sanctuary where possible.

Another option is to accept refugees for a short period of time, but force repatriation to their country of origin at the first opportunity. Since many refugees are fleeing intractable conflicts, this would be almost as unconscionable as keeping borders closed in the first place.

An ideal solution would be for the global humanitarian burden to be carried by those with the broadest shoulders, and for more refugees to be hosted in the world’s richest nations. After Chancellor Merkel welcomed a million migrants and refugees to Germany, there was a brief period of time when this appeared possible. Merkel, however, was swiftly punished for this at the polls.

The world’s leading refugee host nations will continue to be countries like Lebanon, Uganda, Turkey and Bangladesh - not Germany, Canada, or Sweden. For those countries in the global south this is a challenge, but also an opportunity.

By investing in the infrastructure that refugee populations need, they can face the reality that their presence is most likely long-term  (despite the initial reassurances of the international community for quicker solutions).

Doing this sustainably means providing the essential services they need whilst carefully managing disruptions to host populations who, as Merkel and others have learned in recent years, have a limit to their generosity.

I have seen these challenges first-hand as a humanitarian worker in Bangladesh. When the Rohingya people of Myanmar’s Rakhine state were subject to genocide in 2017, approximately 800,000 Rohingya citizens of Myanmar fled the country, and arrived in Cox’s Bazar in Bangladesh. This swiftly became the world’s largest refugee settlement.

Although this camp was supposed to be temporary (and was built as such), there is still no end in sight, and recent policies from NGOs seem to accept that.

The conditions in Cox’s Bazar were bad even before the pandemic, with half of the camp's 800,000 population lacking access to clean water and social distancing virtually impossible.

The Bangladesh government is in the process of providing a safe, sustainable space for the Rohingya, initially for 100,000 refugees, in the Southern Island of Bhasan Char, situated in the Bay of Bengal.

The infrastructure on the island is vastly superior to that found in Cox’s Bazar, in line with international humanitarian standards. The Bangladesh government has invested a total of $350 million in the project, creating 14,000 solid cluster homes, as well as administrative buildings, schools, hospitals, and road and drainage networks. Facilities for agriculture have also been implemented on the island, providing the inhabitants with a path to become economically active and somewhat independent from aid.

These agricultural employment options mirror the tech job creation for refugees that has been provided by the government’s a2i (Aspire to Innovate) project, allowing Rohingya to start micro businesses in the tech space and join Bangladesh’s flourishing freelancer community.

Some voices in the international aid industry seem to prefer the status quo, raising concerns about the nature of the relocation, as well as the island’s flood risk. However, cyclones and flooding are a threat throughout Bangladesh - and this area’s flood defences are robust, making it much safer than Cox’s Bazar and allowing it to be flood proof amidst the recent cyclones in the region.

There is now increased demand from Rohingya to move there, resulting in a second wave of resettlement this week, after the first wave at the beginning of December.

The Rohingya themselves know what we all know in Bangladesh: As long as developing nations are the front line in protecting the world’s most vulnerable people, governments will be driven to create novel, sustainable solutions so they can provide long-term life chances, and not just short-term fixes.

Ashfaq Zaman is co-founder of CNI News and Director of the Dhaka Forum (dubbed 'the Davos of the Global South').