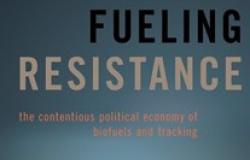 The world faces a growing number of inter-related crises: climate change, ecosystem collapse, systemic racism, and economic inequalities, in addition to the current pandemic. Such dire outlooks necessitate drastic action. New technologies promising to absolve us of these crises can prompt a gold rush-type mentality. Investors rush in and policymakers quickly issue permits. It seems baffling, perhaps even frustrating, that communities or even environmental advocates would resist such technologies. Kate Neville’s beautifully written book Fueling Resistance: The Contentious Political Economy of Biofuels and Fracking helps explain this resistance and makes an important contribution to our understanding of why sustainable and inclusive transitions are so difficult to realize.

The book centers its analysis on the similar rise and fall of biofuels and fracking and how these technologies met with resistance in some rural communities. Both technologies quickly gained prominence as alternative energies that could help reduce greenhouse gas emissions and reliance on “foreign oil” that, at the time, was on the market for historically expensive prices. These technologies were touted as “triple wins” for the environment, economies, and communities, but both suffered similar falls from grace. As concerns over land use and community exploitation emerged, advocates that once supported these technologies turned back their support. In a context setting chapter that would be a valuable stand-alone for any course exploring energy politics, Neville traces how state and corporate interests aligned in the agricultural and fossil fuel sectors to facilitate an international, capital-intensive production for biofuels and fracking. The rest of the book focuses on what happens next, when these big, global market dynamics arrive in rural, local communities.

Neville develops a framework that brings political economy to the study of contentious politics. It is truly novel in that it blends the broad trends of the globalized market economy with the realities for rural communities that are often far from the centers of power in their own countries. Neville clearly outlines how global finance, ownership, and trade influence the strategic decisions on locating activism, activating identities, and brokering new relationships. For instance, long supply chains, complicated finance and foreign ownership models obscures who is accountable or who activists should target. Local projects are just a part of global commodity and finance networks. This creates opportunities to “scale shift”, changing the scale where projects are debated or resisted, or to discursively create insiders and outsiders to help mobilize support.

The cases in the book are Kenya’s Tana delta and Canada’s northern Yukon territory, which make for a fascinating juxtaposition. Strict comparativists may not appreciate the comparability of these sites of analysis: on opposite sides of the equator, located in countries on either side of the line demarcating “developed” from “developing,” among other differences. But, as Neville convincingly shows, these sites have more in common than it may seem, owing to their similar places in global energy markets and agri-food systems. In both these cases, communities’ striving for justice complicated the seemingly simple and cost-free narratives that can often accompany technological fixes. In Neville’s hands these communities seem likely allies facing similar global forces and market actors. One could almost imagine a conversation between these communities, sharing their common challenges and strategies.

Throughout, Neville takes seriously the power and heterogeneity of local communities. Often in scholarship and practice of global governance, local communities are “black boxed” as homogenous entities with little agency. The book disaggregates these communities, showing how historic and contextually specific grievances and histories make and remake activism over time in what Neville calls “cycles of contention.” The book is truly local to global and vice versa, largely bypassing the role of the state and multilateral institutions. It’s about markets and local communities, and the complexities on both sides of that equation.

Another common feature of these cases is that both sites of contention took place in former colonies. Both specific locations have current struggles with ongoing processes of colonialism. Neville raises the issue in the conclusion. A growing body of scholarship is drawing the connections between colonialism and current (mal)practices of environmental politics, from forest conservation to electronic waste dumping. Other work has traced the roots of capitalism to colonialism. Given Neville’s unique vantage point, at the intersection of political economy and environmental politics, and at the meeting point of local and global forces and counterforces, future work may add new insights to these literatures. The book roots itself in the contemporary expression and politics of capitalism and the drive for technological fixes, and understandably so. A longer trajectory could bring new and interesting patterns that are relevant to these modern questions.

This book is an important caution against technological optimism. Such optimism is understandable – many of us sometimes look to technologies to help us from our self-inflicted problems, or to help smooth the eco-anxieties of our students. In the place of fracking and biofuels now sit electric vehicles, giant batteries, and hydrogen power (Neville may want to visit Winlaton, UK which is set to become the country’s “first hydrogen town”). As Neville writes, her analysis shows the need to “temper the eagerness for quick fixes to complex social, political, and environmental challenges – even in the face of the urgency of climate change, uneven energy access, and rural economic struggles” (p. 149). While we can’t innovate our way out of the crises we face, we can try to put justice at the center of transitions for lasting solutions and find solutions at the appropriate scale, with accountable financial backing. It is much more difficult and much more likely to work.

Dr. Jennifer Allan is Lecturer in International Relations at the School of Law and Politics in Cardiff University.