Trade and Migration: Substitutes or Complements? 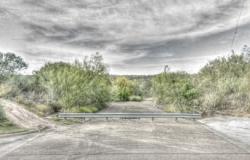 Branko Milanovic explores the ideal of a world “without injustice of birth”.

A friend sent me this interesting but slightly odd (I have to say so at the outset) article by Robert Shiller. Shiller begins by predicting, somewhat against the grain of what we see today, an “anti-nationalist” intellectual revolution that would address injustice of birth, that is of having what I call in my “Global inequality” the “citizenship premium” or “citizenship penalty” depending on whether a person is born in a rich or poor country.

In the beginning of the article the reader thinks that Shiller, quoting the precedents of the Glorious Revolution, the movement for the abolition of slavery and the suffragette movement, has in mind some kind of cosmopolitan movement that would tend to do away with national borders and allow free migration. While he perhaps might not mind that, his argument is different: he sees that forthcoming intellectual revolution arguing in favor of free trade that would through “factor-price equalization” (that is, equalization of wages and incomes across nations) bring about a world where the injustice of birth—at least as far as location is concerned—will be eliminated. It would be brought about without huge migrations (that may be seen as politically unsustainable) because trade would equalize income levels between the countries.

Clearly, if the world were to become a EU15, yes, you could have both a borderless world and preservation of national cultures since there would not be structural incentives to migration. (By “structural” I mean that there are significant monetary incentives that let workers from poorer countries increase their incomes by 5 or 10 times by migrating to a richer country. “Non-structural” incentives for migration would remain but they are due to idiosyncratic preferences for say, warm weather, golf courses, espressos or whatever else—such that they do not produce massive flows of people moving in search of higher pay.) But is the world of approximately equal mean country incomes really possible to envisage any time soon?

First, even assuming that such a world is feasible and that free trade will bring it about (the latter by itself is very dubious), we have to allow for the fact that wage equalization would imply a decrease, or a very slow growth,  of wages for many people in the rich world. This is precisely the problem with which one grapples today. While trade was an overall “good”, it has hurt many people in rich countries. The transition to a world of equal country incomes would necessarily involve many bumps along the road and would require finding in rich countries much better ways to compensate losers (a point made by Shiller too). This however does not seem to be happening right now—nor is an intellectual revolution in favor of free trade on the horizon. At least I cannot see it. Moreover trade is today almost certainly freer than at any point in the past one hundred years which makes the objective of such a “revolution” even more vague.

But there is another problem. Income gaps in the world are enormous and it is impossible, under the best of scenarios, that they should be done away with within this century. Consider the most extraordinary, and probably unrepeatable, feat of Chinese convergence. In 1977, the US–China gap in GDP per capita (and probably very similarly in wages) was almost 50 to 1, adjusted for the difference in price levels between the two counties. (This is based on World Bank data; according to Maddison's data, the gap was less than half that size, but still a huge 21 to 1.) It is now 4 to 1. And this is the result of an average growth rate of Chinese GDP per capita of 8.5 percent over four decades.

Thus even under the most favorable and implausible assumptions of convergence, income gaps are unlikely to be eliminated. Which, in turn, shows the importance of migration. If a borderless cosmopolitan world is to be achieved (an objective with which I agree but see enormous political difficulties in reaching it), migration is absolutely essential. But as economic migration faces increasing obstacles in rich countries (and, it has to be added, not solely because of xenophobia but for economic reasons as well), the ideal of a world “without injustice of birth” recedes.

To make my point clear. I am very sympathetic to the borderless world but to believe that it can be achieved through trade alone, and without significant migration, is unrealistic. And once we say “migration”, we immediately open the Pandora’s box that the most recent elections in Europe and the United States have shown is a reality, not an imagination. Thus, our new “intellectual revolution” should be rather to address the issue of migration and citizenship than free trade. Free trade alone cannot solve world’s problems.

Pricing Lives in the Time of COVID-19

Brexit and the Future of Scotland’s Demographics