Book Review: The Hidden Wealth of Nations: The Scourge of Tax Havens 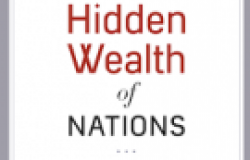 The Hidden Wealth of Nations: The Scourge of Tax Havens. Gabriel Zucman. University of Chicago Press, 2015.

Tax havens are low-tax jurisdictions that provide individuals and multinational companies with opportunities to escape taxes. They undermine the global market and cause the world’s governments to lose hundreds of billions of dollars every year. Since the financial turmoil of 2008, this worrisome issue has dominated the political agenda around the world, and it has given rise to tensions over austerity and wealth inequality.

Gabriel Zucman, assistant professor of economics at the University of California, Berkeley, has written a provocative and lively book on the origins, importance and fast-growing threat of tax havens for the world economy. The Hidden Wealth of Nations makes three different yet equally important contributions to economic studies of tax havens and sheds new light on the world’s money held in offshore centres.

First, it offers a fascinating historical review of how tax havens came into existence in the aftermath of World War I (i.e. the so-called ‘Swiss Big Bang’), and of the hegemony of Switzerland over the international wealth management market after the end of the Bretton Woods era. Second, it provides an extensive and rigorous quantitative estimate of the world’s financial assets currently hidden in tax havens. Finally, it suggests possible remedies.

Whilst the first part of the book takes the reader on a fabulous historical journey from the birth of tax havens through to their current state, the major contribution of Zucman’s book lies in undertaking creative work to quantify the size and dynamics of offshore wealth in today’s global economy. In doing so, Zucman focuses on systematic inconsistencies in international aggregated statistics (i.e. unexplainable ‘anomalies’) to map hidden wealth. He uses data from the Swiss National Bank to compare financial assets and liabilities in the financial centres, and shows that there are always more liabilities than assets – metaphorically ‘as if planet Earth were in part held by Mars’ (37). This difference is exactly the measure of the world’s wealth hidden in offshore bank accounts. According to his estimates, the hidden wealth amounts to about 8 per cent of the global financial assets of households, equivalent to at least $7.6 trillion. These overall figures are shocking and could be even more problematic when considering developing and emerging countries. In Africa, Zucman calculates that the financial wealth accounted for in tax havens is around 30 per cent. More dramatically, Russia and the Middle East countries lose above 50 per cent of their wealth to notorious low-tax jurisdictions.

In addition to quantifying the amount of hidden wealth, the book moves a step forward to propose several solutions to address the issue. One would be to enhance transparency by creating a world financial register, recording the ownership of stocks and bonds of all households. Admittedly, such private registers already exist and are maintained by the Depository Trust Company in the US and by Clearstream in Luxembourg. The idea is to combine them and to transfer the authority of data to national tax authorities or international organisations like the International Monetary Fund. With such a system in place, it would be much easier to apply a version of Thomas Piketty’s wealth tax on capital income and to fight tax evasion.

This remedy builds on the idea that the system for exchanging financial information instituted by the OECD in 2009 has not produced any effect as Zucman’s findings document that the wealth held in tax havens has increased since then. Whilst these results are well-founded and cast no doubt about the failure of the information-sharing agreements against tax evasion at the aggregate level, this could not be always true at the country level. Indeed, recent research on offshore finance suggests that engaging in Tax Information Exchange Agreements with tax havens has decreased the use of tax haven countries by US investors because of the increased risk of detection for tax evaders. Nevertheless, Zucman’s results are still informative as they provide the reader with a broader picture and, most importantly, call for more research to reconcile previous findings. In the final part of the book, Zucman devotes his efforts to shedding light on tax avoidance perpetrated by multinational companies. This is a completely different problem from tax evasion, because it is done within the letter, but with complete disregard for the spirit, of the law. Zucman argues that the corporate tax system as it was conceived by the League of Nations in the 1920s is no longer viable because multinationals have become increasingly mobile and can easily rout their profits to tax havens. According to his estimate, US multinational corporations are reducing their tax liabilities by about $130 billion a year.

Consistent with his argument, there is plenty of empirical evidence documenting multinationals’ profit shifting, but important questions remain unanswered. A recent study provides new evidence that is contrary to conventional wisdom: the decline in effective tax rates is not concentrated in multinational companies; it has declined at approximately the same rate for both multinational and domestic firms. Nonetheless, Zucman’s effort to estimate the revenues lost by the US government is paramount to understanding the problem, and he puts forth a number of ideas for future research.

Overall, The Hidden Wealth of Nations makes an important contribution to prior literature on tax havens and provides an innovative and comprehensive empirical approach to the measurement of hidden wealth. Furthermore, it informs the public debate on tax avoidance by multinational companies. Hence, it is to be considered a ‘must-read’ book for all those interested in wealth inequality and the scourge of tax havens.

Antonio De Vito is a doctoral student in the Finance & Accounting Group at the WHU – Otto Beisheim School of Management (Germany). You can follow him on LinkedIn or visit his SSRN page. Antonio’s primary research interests lie in the fields of corporate taxation and tax avoidance, especially in relation to profit shifting, corporate finance and governance. This post first appeared on the LSE's Review of Book's Blog. Note: This review gives the views of the author, and not the position of the LSE Review of Books blog, or of the London School of Economics.

Appointment with Destiny: Selecting WTO Judges in the Future