A More Global Approach to Corruption and Anti-Corruption 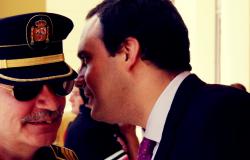 Tena Prelec reports on an initiative to expose how Western actors – such as bankers, accountants, lawyers, estate agents, and PR specialists – facilitate corruption.

Flip the script: stop seeing corruption as a problem affecting exclusively, or mostly, developing countries, and instead recognise and investigate the role of Western financial centres as integral in the puzzle – acknowledging corruption as a global issue. This sentiment, in its various nuances, was reiterated by all the participants to the inaugural workshop of the Testing and evidencing compliance with beneficial ownership checks project, carried out in the frame of the Global Integrity Anti-Corruption Evidence (GI-ACE) research programme, in Oxford, on 9 October 2019. While this relatively simple message is now widely accepted by all serious commentators, having even received some attention with the wider public because of books such as Treasure Islands, Moneyland and the TV series From Russia with Cash, we are still far from the global interconnectedness of corruption to be accepted as mainstream.

Part of this problem may reside in the most publicized anti-corruption rankings, chief among them Transparency International’s Corruption Perception Index (CPI). By relying on experts’ perceptions and by limiting its inquiry to a country-by-country basis, the CPI misses out on the role that countries such as the UK, Switzerland, Luxembourg, Germany, Singapore or Hong Kong – all in the top 15 of the ‘least corrupt’ states according to its latest edition – play in the facilitation of illicit money flows from developing countries, which usually fare badly in the ranking. The organization works on a variety of other projects to readdress this imbalance: nevertheless, the sheer popularity of the CPI, along with the unwillingness of Western governments to promulgate a different ‘script’, make it so that this message (crudely put: developed countries: good; developing: bad) is the strongest one that passes. Therefore, while it is clear that the corruption script is misguided, there is nevertheless a lack of awareness and a lack of systematic evidence to start challenging the dominant narrative.

This GI-ACE aims to do just that, by providing evidence of how Western enablers – such as bankers, accountants, lawyers, estate agents, and PR specialists – facilitate outflows of grey money and legitimise the reputation of those who engage in corruption. The empirical data collection will be conducted by making use of mainly – though not exclusively – cases of Central Asian and African elites. John Heathershaw (University of Exeter), the principal investigator on the project, explained that the research aims to provide evidence of systemic issues, going beyond the anecdotal. As pointed out by several workshop participants, “it doesn’t matter whether you are from Tajikistan, Nigeria or Cape Verde, you are still going to use the same lawyers, accountants, PR people”. Interconnectedness is key: the project thus aims to gather a body of evidence that is able to shine light on the practices adopted by this global network of corporate service providers and explain the links of these practices with the (lack of) enforcement.

Other team members presented the work carried out so far. Tom Mayne (University of Exeter) outlined the preliminary research conducted on cases of foreign Politically Exposed Persons (PEPs) (individuals who are or have been entrusted with a prominent political function) buying real estate in Western countries. In spite of successive legislative changes in the UK increasing the need to conduct due diligence in this respect (2003, 2007, 2017), implementation is still lacking. Alexander Cooley and David Mora (Columbia University) presented a framework for the study of reputation laundering, with a focus on the role of the media. In terms of the philanthropic side of reputation management, Ricardo Soares de Oliveira (University of Oxford) highlighted that currently over-generosity (aggressive offering of financial resources to universities and other research institutions) co-exists with a simultaneous reduction of access to information by the prospective donors. Jason Sharman (Cambridge), who leads on the project’s research into the role of banks in facilitating money laundering mechanisms, said that the motivation behind the project is that “we know what banks and service providers should be doing, but we now need to check whether they are doing it”.

About 30 experts gave invaluable input. Several voices highlighted the need to incorporate an anthropological lens in the research work, given that the norms the enablers adhere to are essential to understand the issues at hand fully. Considering that enablers are often part of transnational networks, being related among them, it was advised that an element of multi-sited ethnography would benefit the project, in order to put forward the type of culture change that needs to be pursued.

The lack of awareness of service providers, coupled with the low incentives to “do the right thing”, might be part of this picture: some participants reported that there is very low awareness of what a PEP is in the banking sector, that there are no real barriers to open a bank account, and that there are very low incentives for accountants to behave in a compliant way with anti-money laundering legislation. A particularly intractable problem for effective policy-making in this area, which is also very difficult to research, is layering (aka saucissonage): the practice of adding layers of complexity through multiple jurisdictions in order to hide beneficial ownership. It was also stressed that “the corrupters are endlessly creative”: by the time a scheme is revealed, they will have already moved on to the next.

Participants also highlighted that legislative changes, while not enough per se, are however usually followed by a change in behaviour by the corporate service providers. For instance, finance professionals in Guernsey and Jersey were clearly affected by the changes implemented by the Cameron government in the UK. It was also reported that, after the mere announcement that Scottish Limited Partnerships (SLPs) – a favoured conduit for money laundering by Eastern European elites – will be included in the checks of the Persons of Significant Control (PSC) register, the applications for the establishment of such companies fell by 80%.

Other experts stressed that the main problem is not technical (legislative), but political, as it is very difficult to build political coalitions around the need to reform this area. To lead to any real changes, it was argued, it is crucial to make the case that the influx of grey money into first world countries is not good for them, either. The case exists: recent scholarship has shown that financial sector development, beyond a certain point, harms economic growth. Finally, the link between money laundering and reputation laundering was another widely discussed topic. It was highlighted that the latter is needed to be able to carry out the former smoothly.

Tena Prelec is a Research Fellow at the Department of Politics and International Relations at the University of Oxford, a final-year Doctoral Researcher at the School of Law, Politics and Sociology, University of Sussex, and a Research Associate at LSEE-Research on South Eastern Europe, European Institute, London School of Economics and Political Science. She is furthermore a member of the Balkans in Europe Policy Advisory Group (BiEPAG), supported by the European Fund for the Balkans. She has been appointed Fellow of the Global Future Council on Transparency and Anti-Corruption of the World Economic Forum for the term 2019-2020. She tweets at @tenaprelec.

This article was republished from the OXPOL blog but originally published on the Exeter Central Asian Studies Network blog.

The Potential of Europe’s Sharp and Soft Power