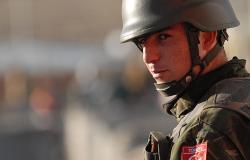 Linda Slapakova explores how and why NATO continues to exist in the post-Cold War international system.

In the prelude to the NATO summit in London commemorating the 70th anniversary of the founding of the alliance, discussions were overshadowed by a now-infamous Economist interview with French President Emmanuel Macron. In the interview, the French President claimed that NATO is experiencing a “brain death” – a ‘mort cérébrale’ resulting from a lack of institutional capacity to prevent, mitigate, or effectively respond to unilateral action from individual allies which could be disruptive to the alliance’s agenda. President Macron’s remarks precipitated a debate concerning NATO’s relevance (or irrelevance) in the post-Cold War international system, its (potentially failing) adaptation to new security and strategic circumstances, and the constraints imposed by NATO’s seeming lack of institutionalisation and ability to prevent unilateral action taken by individual members.

Although NATO does not feature frequently in International Relations (IR) theory, and IR debates are more often than not virtually absent from NATO scholarship, this article draws on existing literature to examine the extent to which IR can shed light on the debate over NATO’s alleged ‘mort cérébrale’. In doing so, the article argues that in spite of its self-induced crises of confidence, and despite important weaknesses and challenges, insights from IR scholarship suggest that news of NATO’s demise are greatly exaggerated.

In the days and weeks following President Macron’s remarks, the question of NATO’s irrelevance and potential demise dominated debates, with less attention being paid to the issue which Macron’s comment was actually directed at, namely Turkey’s offensive into Syria and the US’ sanctioning of this move; both of which occurred without prior discussion or consent of other NATO allies. While the escalatory nature of the debate may seem surprising to some, it represents more of a rule than an exception. It is symptomatic of the overall state of debate about NATO in the post-Cold War era: NATO is, seemingly, constantly on the brink of collapse. As commentators have attempted to come to grips with any given crisis, a ‘NATO-in-crisis’ body of literature has developed. This literature claims that “disputes within the Alliance grow more debilitating over time, in the sense that each new crisis is promptly labelled the worst ever.” However, none of the predictions of NATO’s collapse have materialised thus far. According to IR theorists, several factors contribute to this endurance of the North Atlantic alliance.

The first factor is the value of established institutions in promoting stability and enabling cooperation between states in the international system. Institutions are generally costly to maintain, and existing institutions may be less than optimally efficient, but such costs often pale in comparison to the costs of unilateral action or the upfront costs of creating of new institutions. While this is the general rule, a number of factors determine the weight of those relative costs, including the availability of institutional assets in the form of norms, rules, and procedures. In the case of NATO these assets have developed to be sufficiently hybrid to allow for post-Cold War adaptation to new security and strategic challenges after the Soviet threat – NATO’s raison d’être – disappeared. In this sense, although NATO may be perceived as originally tasked with an explicit mandate to provide territorial defence and deterrence against the Soviet threat, the nature of its institutional assets create incentives for member states to adapt the institution to a new security and strategic environment rather than facing emerging threats unilaterally, or with the help of new organisations.

Secondly, members may be perceived as developing a “vested interest in maintaining existing institutional arrangements” through what John Ikenberry describes as ‘institutional stickiness’. As an institution with distinct Western and liberal character, the normative and ideational aspects of NATO’s mandate may be seen as contributing to such stickiness. This includes NATO’s perceived success as a security community, as well as its “ability to re-produce ‘the West’ as a geo-cultural space that serves as its security referent object” in a more discursive sense. In spite of the many criticisms directed at NATO for its insufficiencies in the face of existing and emerging threats, NATO continues to be seen as a crucial beacon for the Western liberal international order. In times when emerging powers are perceived to pose a threat to such an order, it may be argued that NATO’s institutional stickiness will strengthen, rather than weaken, on the basis of its normative character.

Thirdly, scholars have stipulated the central role of institutional change and adaptation for explaining NATO’s resilience. With a significant evolution in NATO’s role and responsibilities in the post-Cold War era, a crucial factor in understanding NATO’s resilience has been the ability of NATO allies to negotiate a balance between the alliance’s roles and responsibilities, particularly those of collective defence and out-of-area engagements. As Johnston argues, NATO adaptation has taken place in the context of various historical events representing ‘critical junctures’ for the institution. Analysis of these critical junctures also reveals the agency of NATO’s institutional actors vis-a-vis member states with the help of instruments such as agenda-setting, moderating, and co-opting powers. Despite the appearance to the contrary, NATO is more institutionalised than traditional military alliances, which helps explain its post-Cold War adaptation.

With or without brain death: NATO is here to stay

No doubt, NATO’s decision-making will continue to be hampered by intra-alliance disputes over highly contentious issues such as Turkey’s recent intervention in Syria. As much as this issue can be perceived as a crisis for the alliance, NATO has faced and survived such situations before. In explaining this dynamic, IR scholarship has highlighted various mechanisms that explain NATO outliving its raison d’être and continuing to exist in the post-Cold War international system. NATO is more institutionalised and resilient than might appear from recent debates, which among other things ignore the agency of institutional actors and common interest of member states in mitigating conflict and crises. There is therefore good reason to believe that NATO is more likely than not to adapt to new security and strategic challenges rather than experience a self-annihilating “brain death.” However, this is not to say that the current situation is not detrimental to the alliance. The effectiveness of NATO’s deterrence function fundamentally hinges on the perception of unity and commitment towards collective defence. Should member states choose to act unilaterally and escalate every dispute to a debate over NATO’s very survival, the credibility of the alliance and its deterrent will undoubtedly suffer as a consequence.

Linda Slapakova is a policy researcher working on counter-terrorism, emerging security threats and defence capability development. She recently graduated with an MPhil in International Relations at the DPIR where her research examined NATO adaptation and the International Security Assistance Force in Afghanistan.

The Danger of Bailing-Out a Bankrupt Socio-Economic System: The Pandemic and the Day After