WHO declared a Public Health Emergency about Zika’s effects. Here are Three Takeaways. 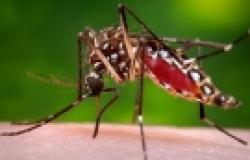 Last Thursday, the director-general of the World Health Organization, Margaret Chan, announced that she would convene an expert Emergency Committee to determine whether the Zika virus presents a Public Health Emergency of International Concern (PHEIC, pronounced “fake”). Zika, which is “spreading explosively” throughout Latin America, appears to be associated with a steep increase in the number of babies born with microcephaly, whose symptoms are abnormally small heads and underdeveloped brains. It also appears linked to a rise in cases of Guillain-Barré syndrome (GBS), a neurological condition causing (usually) temporary paralysis.

On Monday, WHO announced its decision. The Zika outbreak itself is not a PHEIC, but the clusters of microcephaly and GBS are. This decision comes after the agency has endured months of criticism over its sluggish, incompetent response to Ebola. While Zika is not Ebola, the current outbreak offers WHO a chance to prove that it has learned its lessons.

But has it? Or, in attempting not to repeat past mistakes, has WHO overcorrected?

What is a PHEIC?

A PHEIC is defined by three criteria: It is an extraordinary event, poses a high risk for other countries through international spread and potentially requires an immediate, coordinated international response.

Once a PHEIC is declared, WHO advises affected countries on how to contain the disease and advises not-yet-affected countries on how to stay that way. Recommendations may include surveillance measures, travel and trade restrictions and treatment guidelines. Equally important, PHEIC declarations advise governments and the public on what not to do and how to prevent panic and unwarranted, politically driven responses (as we saw with Ebola).

WHO also coordinates the international response. For example, it facilitates sharing scientific data or sending experts to assist on the ground. And PHEIC declarations call vital attention to an outbreak that helps mobilize resources, research funding, bilateral cooperation and volunteer assistance.

However, while there is no “intermediate” alert level, WHO can and does take similar actions without declaring a PHEIC. For example, the Emergency Committee on MERS has met 10 times over the past 30 months to monitor outbreaks, advise affected countries and promote collaboration on research and disease control, all without having declared a PHEIC.

But what is the emergency, exactly?

WHO’s decision is complicated by the fact that our knowledge of the Zika virus is so limited. On the one hand, because Zika is transmitted by ubiquitous Aedes mosquitoes, it is expected to reach nearly every country in the Americas, potentially infecting as many as 3 million to 4 million people. It could spread to other regions. There is no vaccine, no specific treatment and no accurate rapid diagnostic test.

On the other hand, Zika itself generally isn’t dangerous. Eighty percent of cases are asymptomatic, and most symptomatic cases are mild. The current outbreak raised alarms only because of the apparent link between Zika infection during pregnancy and microcephaly.

But while the causal relationship between Zika and microcephaly or GBS is “strongly suspected,” it has not been scientifically proven. Zika might not be the (only) culprit. Neurological damage could result from a combination of causes, including co-infection with another virus, environmental factors or something else entirely. That’s why WHO declared the microcephaly/GBS clusters, rather than Zika itself, to be the PHEIC.

On top of that, although Zika cases have been reported in 25 countries, microcephaly and GBS have only been reported in two and three, respectively. And recent data suggests that there may be fewer cases than we thought.

Declaring a PHEIC is the most serious action WHO can take. It’s intended to catalyze a robust international response.

This is only WHO’s fourth PHEIC declaration. The first three were for swine flu (H1N1) in 2009, and polio and Ebola in 2014. In those cases, the international response aimed to stop the virus before it became pandemic or endemic (or endemic again, in the case of polio). Countries took dramatic and sometimes overly aggressive measures. Those included, for example, activating pandemic preparedness plans, distributing stockpiled drugs, imposing travel restrictions and, for Ebola, launching a massive humanitarian relief effort.

WHO doesn’t seem to have that as its goal this time — perhaps because Zika may already be here to stay. Rather, the recommendations are aimed at strengthening surveillance and studying the link between the Zika virus and microcephaly/GBS. WHO also recommends “precautionary measures” to address Zika itself, including encouraging vaccine development and mosquito control. For instance, Chan reminds us to wear bug spray.

Many of the recommended activities are already underway. But other crucial but politically controversial measures that could reduce cases of microcephaly — like promoting access to contraception — were studiously avoided.

So here’s the second takeaway from Monday’s declaration: the Zika-associated microcephaly/GBS clusters may be unusual, but WHO has not recommended any unusual steps to address it. Until we know more, the agency’s advice is to practice what Emergency Committee chair David Heymann calls “good plain public health.”

Not too hot, not too cold: Is this response just right?

Declaring a PHEIC is as much a political move as a scientific one. This one comes at a precarious time for WHO. The agency faces serious challenges: a shoestring budget, poor coordination between WHO headquarters and regional offices, competition for mandate and resources from other international organizations, and pressures from global civil society organizations and private donors. Over the past 15 years, the global health landscape has been radically reshaped by an influx of private funding and the creation of new public-private partnerships like the Global Fund. WHO is trying to adapt but has had some trouble finding its footing.

Against this background, WHO’s botched Ebola response has prompted severe criticism and calls for radical reform. The agency has pledged to do better. But before Monday’s meeting, experts and the media were already pushing for action on Zika and suggesting that WHO is once again dropping the ball.

On the other hand, WHO faces political pressures not to declare a PHEIC. Generally speaking, affected countries prefer that WHO not pull the alarm — at least at the outset of an epidemic — for fear of the economic repercussions for travel, tourism and trade. That’s one of the reasons WHO was so slow to act on Ebola, and probably one reason it has not declared a PHEIC for MERS. WHO has also been severely criticized for what’s been perceived as overreaction — most notably, when it declared a PHEIC for swine flu that turned out to be less serious than expected.

So here’s the third big takeaway from Monday’s declaration. Having blown both too hot and too cold in the past, WHO’s PHEIC declaration — which covers the possible consequences of a virus but not the virus itself and alerts the world to a problem without recommending any drastic emergency measures — may be an attempt to split things down the middle. We’ll see whether this approach proves just right.

Mara Pillinger is a PhD candidate in political science at George Washington University. Follow her on Twitter @mplng. This piece was originally published on the Washington Post and is reposted here with permission.