The Problems of Authenticity Under Capitalism 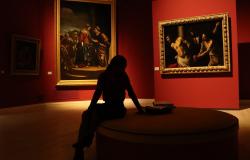 Branko Milanovic discusses the drawbacks of the commercialization of art.

In the last chapter of “Capitalism, Alone”, I discussed a number of changes in the private life that are introduced by greater wealth (and thus ability to procure commercially services that were in the past provided within family) and the “invasion” of capitalistic relations into our private lives. One of the issues discussed there is the diminished usefulness of family in highly commercialized societies and an obvious decline in family size (or rather expressed preference for solitary living) in more affluent societies.

Here I want to discuss another issue where we face a fundamental contradiction between the principles according to which hyper-capitalist societies are organized and what may be considered desirable outcomes. The topic is authenticity in arts, and to a lesser degree, in social sciences. When we deal with reproducible goods, the advantage of capitalism is that profit can be made only if somebody else’s needs are satisfied. Thus, two objectives, personal needs of a buyer and the profit goal of the producer, are aligned.

But this is not the case in arts. The reason is that arts thrive on, or require, individualism, uniqueness and authenticity. When you try to guess the public’s preferences in shoes, and produce such shoes, this is good and useful. But when you try to guess the public’s preference in literature, films or paintings, it may, if you guess them correctly, make you rich, but from the point of view of artistic creation, it could very easily be fake and ephemeral. In arts, we are interested in an individual’s view of the world, not in an individual’s ability to ape public preferences or prejudices.

I will illustrate it with some extreme examples. When we read Kafka’s Diaries, we are sure that they represent his own true and unvarnished take on the world: he wrote them for himself, never thought they would be published, and explicitly asked that they be burned. The same is true, for example, with Marx’s 1848 manuscripts which were saved largely by accident and were published more than a century after they were written. Whether one likes either or not is a matter of taste and interest. But there is no doubt that they are authentic works of these two people.

But when we watch a film whose ending was tested on different audiences to produce the ending that most people would like to see, and pay for, there is—likewise—no doubt that the author’s role in such an enterprise is diminished, and in some cases totally obliterated. The same is true for works of fiction. If they are written with the main objective of money-making they have to play on popular preferences and to present as little of author’s personal opinions (which may be unpopular) as possible. Why should one then, if in search of new or challenging ideas, read such novels?Branko Milanovic

We thus face a very peculiar inversion of the roles. Authors try to lose their authenticity in order to please the audience so that they can maximize income. And the only value of such an oeuvre resides in that it allows us to gauge public preferences—not in any own (inherent) value.

This problem exists in most artistic creations under capitalism. Everyone can give many examples, going perhaps from Steven Spielberg to the writers of innumerable (and readily forgotten) bestsellers.

It can be argued however that artists were always producing for i potenti (the powerful). Their works were commissioned and expressed little of their own personality except in the parts which had to do with skills (most obviously in painting and sculpture where the topic would be given to the artist, and he may be distinguished only by his skill in executing it). This is a good point except that art producers themselves had not then fully mastered commercialization to nearly the same extent as they have today. It was then an “artisanal” commercialization compared to today’s mass commercialization.

Topics are now chosen by professionals in function of what they believe will sell: I conversed only once with a book agent, and when he began telling me what I should be writing, it was enough to dissuade me from ever talking to another one. The texts are edited and reedited to please the audience and to avoid lawsuits. Most extraordinary, authors of works of fiction attend workshops where their voice is additionally muted as they are taught how to write like everybody else.

These are some areas of human endeavour where excessive commercialization is not likely to produce the best results. The problem has no solution because it derives from the fundamental contradiction between a system where profit is to be made by pleasing buyers, and a system that puts the premium on individualism which, by definition, is not shared by many.

This was reposted with permission from Branko's blog.

Photo by Loïc Manegarium from Pexels