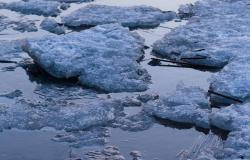 On April 22, the world’s attention will turn to President Biden’s Earth Day Summit on climate change, and expectations are sky high. The Biden administration has come into office looking for opportunities to catalyze more global ambition even as it ramps up its own targets, spending, and regulatory efforts in response to the mounting crisis. The world remains far from meeting its climate targets, with the aspirational goal of 1.5C of warming likely to be blown past within the decade. Many of the necessary policy and technological solutions are in place, yet the multilateral infrastructure designed to piece them together has failed to meet the moment.

The Earth Day summit will be a welcome spotlight on emissions reduction but has neither the resources nor mandate to address all the ways climate change complicates and exacerbates existing issues in the international agenda. Despite the disagreements among its membership, the G20 is the only group with the economic critical mass and institutional flexibility to confront the climate crisis.  The G20 should return to its roots as an economic recovery-oriented crisis response forum in its approach to the climate crisis. Through climate-focused initiatives among subsets of like-minded nations, the G20 can help address issues as varied as the economic recovery, a mounting sovereign debt crisis, infrastructure needs, and sustainable development goals.

In the wake of the Great Financial Crisis, G20 leadership helped stabilize the global financial system and its members pledged to embark on a series of broader reforms to put the world on a more sustainable economic trajectory.  The global coordination achieved through the G20 helped to stabilize the world’s financial system in the immediate aftermath of that crisis. Over the last decade, however, the G20 has struggled to maintain this momentum, neither adequately addressing structural economic challenges nor recapturing the urgency of its crisis mandate in responding to climate change.

For the G20 to encourage greater action on climate, it will also need to address the economic pressures resulting from COVID19. In 2020, many countries experienced the largest decline in economic output since the Great Depression. Thankfully, aggressive monetary and fiscal policies helped avoid complete collapse. But we are not out of the woods. Where most fiscal support to date has been emergency or relief spending, there is now a need for “green stimulus”, particularly investment in clean energy technologies and sustainable infrastructure. The Biden administration has set an ambitious template for global action with its American Jobs Plan, which includes an historic $1 trillion worth of climate-related investments.

Despite widespread calls for green stimulus, governments have largely failed to incorporate climate or biodiversity considerations into their recovery plans. Just seven countries, all European, have managed to spend more than one percent of GDP on green recovery investments. The problem is even worse for developing economies. Where developed economies have been able to take advantage of historically low interest rates to fund recovery plans, the rest of the world has not been so fortunate.

Working with other countries is also fraught with the tension between countries and the stresses and strains that exist throughout the multilateral system. For one, the U.S.’ own reputation as the champion of liberal internationalism is in tatters after the “America first” policies of the Trump administration. Indeed, democracy, free trade, and globalization are in retreat worldwide in the face of rising authoritarianism and ethno-nationalist populism.

Perhaps most significantly, the last decade has seen China emerge as a credible strategic competitor to U.S. global leadership. As China’s economy has grown, so too have its ambitions. China has moved beyond its status as a “responsible stakeholder” to one of demanding new rules and institutions consistent with its state capitalist model.

However, China must be part of a shared solution. As the world’s two largest greenhouse gas emitters, U.S.-China cooperation of some kind will be an essential part of any progress towards mitigating climate change. The Biden administration cannot turn back the clock on China’s geopolitical and economic rise any more than it can the accumulation of carbon in the atmosphere. Nor should it antagonize a country that justifiably wishes to see its large share of the global population and economy reflected in international institutions.

The current moment of economic and geopolitical turmoil does, however, afford some near-term opportunities at the nexus of economic policy, development, and trade. We have proposed three G20 initiatives that could help the Biden administration meet its goals: mobilize green investment, enable green debt relief, and promote green industrial policy.

Each proposal targets an opportunity created, or exaggerated, by the Covid-19 crisis. Each takes advantage of existing momentum within the G20. Each requires U.S. leadership and collaboration with other likeminded countries to advance. Most importantly, each would deliver tangible progress towards our shared climate and development goals, moving beyond empty promises and unaccountable targets and toward tangible reforms.

First, the Biden administration can inject much-needed momentum on the green recovery agenda through coordinated investment in renewable energy across the developing world. An expanded role for government spending on green industries should be the centerpiece of global cooperation. While richer nations can fund this investment through deficits and debt, developing countries need more help. To focus green public investment, the US should lead a Green Development Network in a 30/30/30 challenge. This network would help 30 countries reach 30 percent non-hydro renewable energy generation by 2030.

Second, beyond providing the technical and financial resources for greater green investment, G20 nations can help countries make recovery-oriented climate investments of their own through green debt relief.  Many developing countries are caught in an historic debt crisis, with insufficient budgetary capacity to address their immediate health and economic needs, let alone investing adequately in climate mitigation and adaptation strategies.

The G20 should help developing countries pursue climate mitigation, adaptation and growth-enhancing policies by establishing a Green Recovery Facility to collectively negotiate green debt relief deals. Leveraging the balance sheets of participating developed economies, and the technical expertise of multilateral institutions, the Facility would work with public and private creditors to provide debt relief in exchange for more aggressive climate and nature actions.

Finally, as countries look to ramp up climate ambition, the global trade regime needs to play an accommodating role. The expansion of free trade and globalization have been the orthodoxy of the international order for decades. However, countries are reconsidering the shortcomings of this agenda. As more countries craft clean energy industrial policies, the global trade agenda will have to adjust to accommodate and ideally encourage even more aggressive climate action.

To provide greater sovereignty and independence in countries’ pursuit of green recovery efforts, G20 nations should institute a Green Industrial Policy Dialogue. The dialogue would be the first step towards acknowledging that climate ambition, rather than free trade, should be the driving objective of global trade reform. This initiative should aim to avoid damaging trade skirmishes over clean energy policy and find ways to enhance cross-border collaboration that also encourages countries and industries to be bolder in their development of low carbon technologies through supply-chain coordination.

Each of these three elements has the advantage of using the convening power of the G20 to continue supporting recovery, development, and trade agenda items right away. Taken together, they will catalyze additional investment and lay the seeds for broader reform in the world’s economic architecture that put climate change front and center as a priority. This G20 climate and recovery agenda is one that could illustrate U.S. leadership in climate change and global economic recovery. It engages China’s self-interest to be viewed as a good actor on climate change, development, and debt-relief. And, it bolsters the reputation and effectiveness of an important multilateral institution. Its certainly worth a shot.

Lachlan Carey is an associate fellow with the CSIS Energy Security and Climate Change Program. His research interests include the geopolitics of energy, climate change policy, and international trade. Mr. Carey was previously a consultant with the World Economic Forum and before that worked in the Australian Treasury Department in Canberra. He holds a master’s in public affairs from the Woodrow Wilson School at Princeton University and a Bachelor of Commerce (liberal studies) from Sydney University.

Sarah Ladislaw is the Managing Director of the U.S. Program at RMI. She was senior vice president and director and senior fellow of the Energy Security and Climate Change Program, where she lead CSIS’s work in energy policy, geopolitics, and technology analysis. She is an expert in U.S. energy policy, global energy trends, and climate change. Ladislaw has spearheaded new work at CSIS on climate change and foreign policy, deep decarbonization, and just transitions. She has authored numerous publications on the geopolitics of energy, energy security and climate change, and the energy transition. Ladislaw formerly worked in the Office of the Americas in the Department of Energy’s Office of Policy and International Affairs, where she covered a range of economic, political, and energy issues in the Western Hemisphere.

Nikos Tsafos is a deputy director and senior fellow with the Energy Security and Climate Change Program at the Center for Strategic and International Studies (CSIS). His research interests include natural gas, the geopolitics of energy, the future of mobility, and the energy transition more broadly, especially the interplay between energy consumption, economic growth, and greenhouse gas emissions. Nikos has advised companies and governments in over 30 countries on some of the world’s most complex energy projects, and his experience includes market analysis, strategy formulation, due diligence, and support for commercial negotiations and project development.

Photo by NastyaSensei from Pexels

With Earth on Edge, Climate Crisis Must Be Treated Like Outbreak of a World War