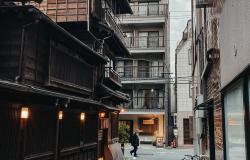 1. Despite the Japanese government’s ambitious plans for digitalization, the COVID-19 pandemic has shown that Japan suffers from significant digital drawbacks. For example, the inability to move large parts of administrative work online. Why has Japan been slow in digital transformation and what do you think should be done about this?

The Japanese government is advocating for a smart society through their “Society 5.0 initiative”. The plan aims to incorporate technological innovations into social and economic efforts, and create a system for a digitalized society. Prior to that, the Japanese government announced the Basic Act on the Formation of an Advanced Information and Telecommunications Network Society, which was an overall strategy for IT launched in 2000. Since then, it has promoted digitalization across four policy pillars: development of telecommunications network infrastructure, promotion of e-commerce, realization of e-government, and strengthening human resource development. However, the digitalization of work processes has not been at the heart of policymaking, especially in the public sector. At the same time, traditional practices in the business sectors have continued despite advancement in technologies.

The pandemic has presented an opportunity to overcome prevailing barriers to change. In many ways, COVID-19 has accelerated digitalization: in public health centers, new digital systems were introduced within weeks of the virus’s outbreak. In the private sector – where the situation varies depending on the size of a company – government support measures have been expanded in 2020 to specifically promote digitalization, especially for traditional, small and medium-sized enterprises, which constitute 99 percent of all businesses in Japan.

There is also a need to actively change business practices. For example, employees are frequently required to come into the office to sign documents using a "hanko", the traditional Japanese name stamp. This limits the opportunities for remote work. However, the law does not specifically require a “hanko”, and the government has issued an official statement that the traditional signage is unnecessary and can be substituted by electronic signatures.

2. The Japanese government recently introduced the Go To Travel campaign, a new subsidized program to encourage local travel. However, pushbacks from netizens and government officials to the initiative have been high. Should the government still carry out the campaign, and if so, how can it be improved?

The Go To Travel campaign started this July to enhance local tourism by subsidizing its cost. At the planning stage, support for the travel and tourism industry was seen favorably by the public-at-large. However, as the number of COVID-19 cases increase, strong criticism from netizens in Japan has led the government to reconsider its planned measures.

It is not feasible to freeze the entire tourism industry pending the availability of a coronavirus vaccine. Since 2017, the travel and tourism economy in Japan has been the third largest in the world. In 2019 alone, this growing industry made up over 4.5 percent of Japan’s GDP.

At the core of the criticism of the Go To Travel campaign is the fear of increased virus transmission from travelers. This fear is exacerbated by a significant lack of trust in the government, which many view as too focused on the economy, while showing little concern for the wider population in its implementation of COVID-19 containment measures. However, the risks of coronavirus contraction differ from region to region. Travel between and within low-risk areas would likely be acceptable, if undertaken in a controlled manner and with the necessary hygiene measures in place.

A sound policy approach to this challenge should have three prerequisites. First, the government must focus on strategic communication. The government should openly communicate and conduct an assessment of the risks associated with a restart of travel, and provide greater transparency in order to rebuilding public trust in government efforts. This process will require a collaborative effort between the national and local government. Secondly, with the continuous developments concerning COVID-19, the government should openly communicate possible scenarios for the campaign in the near future. For example, what will be done if the coronavirus’ reproduction value (R) increases? What are some of the key performance indicators that the government will monitor and share with the public while implementing the campaign? Finally, guidelines including hygiene measures for minimizing the spread of the virus should be communicated based on and referring to scientific risk assessments, including the Polymerase Chain Reaction (PCR) testing measures for travelers and self-isolation for returnees, especially from high-risk areas.

3. In June, Japan saw the largest Black Lives Matter (BLM) protest in Asia to date, which drew over 3,500 people in attendance. Why do you think the movement gained such momentum in Japan, despite Japan often being cited as a largely homogenous society?

In reality, Japan is much less homogeneous than is commonly thought. There have always been indigenous groups, such as the Ainu and the Ryukyuan, within the country. Over time, ethnic groups have also built diverse communities in parts of Japan, including a large number of Korean people. However, racial discrimination and structural disparities are still apparent in Japan. A major reason for this is the lack of awareness among the wider public.

In recent years, two Japanese persons of color have triggered larger discussions about identity, race and discrimination in Japan. Naomi Osaka, a prominent tennis player, became the first Japanese person to rank at the top of the Women’s Tennis Association’s Singles list in 2019. In a TV commercial where she was drawn as an Anime cartoon character, her skin was portrayed in a lighter color in order to conform to Japanese beauty standards. This led to strong criticisms against the TV sponsor for whitewashing. When she showed her support for the BLM movement during the US Open in September, some supporters showed disappointment by questioning why a “Japanese” tennis player should be involved so deeply in the movement. Another instance involves Ariana Miyamoto, a Japanese model whose father is African American. When she was selected as the first mixed-race Japanese representative in the Miss Universe competition, she faced a backlash from the public questioning her “Japaneseness”.

These cases shed light on the prevalent prejudice against all people of color in Japan. At the same time, they offer a glimpse of hope. Many Japanese people, especially in the younger demographic, have readily identified with Osaka and Miyamoto, supported them, and shared in the celebration of their international successes.

Osaka and Miyamoto have given a public face to the people in Japan who face discrimination, whether due to their skin color, gender or other causes. Their stories have resonated and encouraged many young Japanese people, who often feel trapped in their daily lives by unwritten societal rules dictated by an ageing majority. Well-connected through online social networks, they have taken up the global discussion on racial persecution as highlighted by the BLM movement, which is also gaining traction in Japan.

4. The suicide of Hana Kimura, a famous wrestler and cast member of the hit reality show “Terrace House: Tokyo” has recently provoked public discussions on government measures to combat cyberbullying. However, some experts worry that a push for stricter regulations for online posts could lead to restrictions on freedom of speech. Where do you stand on this issue? And what do you think should be done to address cyberbullying and its impact on mental health in Japan?

In order to tackle the problem of cyberbullying, we need effective action by online platforms, a push for user literacy and greater public awareness on human rights issues.

For the former, the social impact of Hana Kimura suicide has accelerated governmental regulations for social platforms. In August, the Japanese government requested that online platforms, including Twitter and Facebook, take more active measures against cyberbullying. For example, such a step includes the introduction of a system to automatically detect when a large amount of slander is posted in a short period of time, and temporarily hide it from public view. Platforms will be required to publicly disclose their policies and the result of actions taken. Social media providers and experts have raised concerns over the fact that these policies and results will be reviewed by the government, thus putting the freedom of expression at risk. Nevertheless, the government has proceeded with introducing these regulations.

Japan has been taking steps to reduce its suicide rate since 1998, when it became the G7 country with the highest suicide rates according to the Organisation for Economic Co-operation and Development (OECD). While there are no official statistics accounting for suicides due to cyberbullying, the government has become increasingly concerned about this cause, since suicides due to economic factors and health issues, including mental health, have long been on the decline. The Japanese government is working to strengthen consultation services, especially for young people, through social network platforms.

Still, a high degree of transparency would be needed to ensure that the government's checks are not excessive. To do so, the government and private companies should collaborate to strike the right balance.

Japan is initiating more education on media literacy and human rights. Measures have been expanded in schools since the 2000s, including a collaborative project between the Tokyo Metropolitan Government and LINE, a communication app company. However, raising awareness among those who have already graduated from compulsory education continues to be a challenge.

Mamiko Hermann is a Japanese independent PR consultant living in Berlin, with past experience as a senior PR consultant in the leading Japanese PR agency Dentsu Public Relations Inc., and senior staff member of the Tokyo Metropolitan Government. She is also a fellow of the Global Governance Futures – Robert Bosch Foundation Multilateral Dialogues program. The views expressed in this interview are those of the interviewee, and the interviewee alone, and do not represent those of his organizations or past employers.

Photo by DLKR Life from Pexels