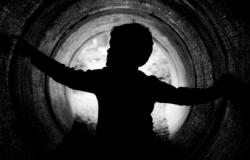 This column by John Knox is part of Global Policy’s e-book, ‘Climate Change and Human Rights: The 2015 Paris Conference and the Task of Protecting People on a Warming Planet’, edited by Marcello Di Paola and Daanika Kamal. Contributions from academics and practitioners will be serialised on Global Policy until the e-book’s release in November 2015. Find out more here or join the debate on Twitter using #GPclimatechange.

Although a human rights perspective on climate change does not magically solve the interlinked problems of shifting away from a carbon-based economy and responding to the damage caused by carbon pollution, seeing climate change in the light of human rights can contribute to solutions in three ways.

First, by emphasizing specific threats that climate change poses to the rights of human beings to pursue lives of dignity, equality and freedom, a human rights approach helps to spur action. Second, human rights law makes clear that the steps States take to address climate change must accord with their domestic and international obligations. Third, a human rights framework can provide new forums and innovative legal arguments for action and remedy.

Ten years ago, when climate change first began to be linked to human rights, the effects of climate change were often treated as primarily harming future generations or endangered species. A polar bear on a shrinking ice floe was perhaps the paradigmatic image, and is still very popular: a search on Google images for “climate change” finds four pictures of polar bears on ice floes in the first 17 images returned, compared to just one of a human being.

The first effect of bringing human rights to bear on climate change is to shift the focus from endangered species and future generations to people who are alive today, whose fundamental rights are already being curtailed. It is not surprising that the leading proponents of linking climate change and human rights have been those communities and countries most at risk. For example, the Inuit people in Canada and Alaska, who already face changing weather patterns, melting permafrost, and decreasing habitat, were the first to characterize climate change as a violation of human rights, when they filed a claim against the United States with the Inter-American Human Rights Commission in December 2005. Although the Commission did not grant the requested relief, it did hold the first hearing on climate change by an international human rights body.

Two years later, a group of small island states, which are threatened with extinction as a result of rising sea levels, came together to adopt the Male’ Declaration on the Human Dimension of Global Climate Change, stating that “climate change has clear and immediate implications for the full enjoyment of human rights.” The Male’ Declaration requested the UN Human Rights Council to focus attention on the effects of climate change on human rights, and the Human Rights Council heeded the call.

At its request, the Office of the High Commissioner for Human Rights published the first study identifying specific ways that climate change interferes with the full enjoyment of human rights, emphasizing that States have a duty to cooperate in order to protect human rights from climate change. Since then, the Council has had a series of panels and resolutions drawing attention to the links, and its system of independent experts and special rapporteurs have increasingly addressed the problem in their reports and joint statements.

These human rights bodies have drawn attention to a point of fundamental importance: as a result of climate change, millions of people alive today will be unable to enjoy fundamental human rights, including rights to life, health, an adequate standard of living, and self-determination. The World Health Organization concluded last year that under conservative parameters, approximately 250,000 people a year will die from climate change by the 2030s, less than two decades from now. Millions more will suffer from increased levels of illness, or go hungry, or lose their homes, or be forced to leave their countries. How can climate change not be considered a massive human rights problem? And once it is understood to be a massive human rights problem, how can we not take urgent action to address it?

The second effect of a human rights perspective is to clarify that States have obligations under human rights law with respect to mitigation, adaptation, and response measures. At a general level, it is now fairly well understood that, in the words of a joint statement by the UN special rapporteurs, States must “make sure that human rights are at the core of climate change governance.” The State Parties to the Framework Convention on Climate Change agreed in Cancun “that Parties should, in all climate change related actions, fully respect human rights.” Similar language is in the present draft decision adopting the climate agreement, currently under negotiation.

How do those obligations relate to climate change? In October 2014, I and other special rapporteurs jointly stated that States “have obligations to adopt the mitigation measures necessary to reduce global emissions so as to hold the increase in global temperature below levels that would cause widespread harm to the enjoyment of human rights. It now seems clear that to avoid such harm, it is necessary to keep the increase in temperature well below two degrees Celsius.” With respect to adaptation, we emphasized that “even such an increase will result – and is already resulting – in harm to the human rights of the most vulnerable, and that States also have obligations to adopt effective adaptation measures to protect against this harm and to provide remedies for it.”

Importantly, States’ obligations also apply to their actions taken to respond to climate change, an issue that has often arisen in the context of projects funded through the Clean Development Mechanism. States must provide for assessment, participation, and access to remedy even in the context of allegedly climate-friendly projects, and they must ensure that the rights of the most vulnerable, including indigenous groups, are fully protected. Obviously, States need to do much more to meet their obligations in all of these areas.

The final way that a human rights lens can help is by providing new forums and innovative legal arguments to persuade and assist States to comply with their human rights obligations. For example, the Human Rights Council system of Universal Periodic Review, through which it examines the human rights records of each State in the United Nations, increasingly addresses climate change. More specifically, when climate negotiators met in Geneva in February 2015, Costa Rica and other governments introduced a new Pledge for Human Rights in Climate Action, which commits its signatories to better coordinate the work of their climate negotiators and their human rights experts. Partly as a result, States are increasingly integrating a human rights perspective in the national adaptation plans they submit to the FCCC.

The human rights obligations relating to climate change are maturing rapidly enough that they are already being raised in legal actions at regional and national levels. Another petition, this one by the Athabaskan indigenous people, was filed two years ago with the Inter-American Commission against Canada for failing to adequately regulate black carbon. More recently, a district court in the Netherlands took into account human rights obligations in deciding to order the government to mitigate its greenhouse gas emissions more rapidly. Similarly, in September 2015, Greenpeace filed a petition to the Philippine national human rights commission accusing fifty large corporate emitters of violating the human rights of those subject to harms from climate change.

In short, while a human rights perspective on climate change is no panacea, it has real value. It has already helped to spur action on climate change, and it will continue to support and guide more effective actions in the future.

John Knox is the Henry C. Lauerman Professor of International Law at Wake Forest University, and the first United Nations Special Rapporteur on the human rights obligations relating to the enjoyment of a safe, clean, healthy and sustainable environment.