The Islamic State in South Asia: A Growing Threat 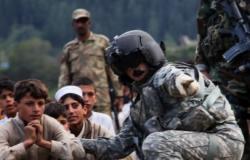 As the coordinated global offensive against the so-called Islamic State (IS) strongholds in parts of Iraq and Syria intensifies, a premature celebration is already underway. While the group has been on the back foot for the past few months, it is too early to claim victory. The IS outreach model may prove that the group’s ‘brand’ is resilient, if not thriving, irrespective of their status in the Middle East. South Asia is just one such frontier where this is playing out.

IS is no longer a group confined to Iraq and Syria. It is a loosely connected global network of militant groups, or “branches,” scattered across the Middle East and beyond, who owe allegiance to the IS and its leader Abu Bakr al-Baghdadi. These branches are steeped in local contexts, have parochial agendas and generally function on their own. Members of IS branches may not have any direct links with the IS in the Middle East, but they find the appeal of IS hard to resist. A combination of motivations are at play: the desire to spread the Caliphate and to fight perceived injustices against Islam, and a sense of belonging to a larger cause driven by their own socioeconomic and/or political marginalization.

A prototype of this network is growing in South Asia, where a Muslim population of 240 million – approximately 40 percent of the global Muslim population – is fertile ground for IS recruitment. The group’s influence has galvanized an already volatile jihadist battlefield while simultaneously creating new security challenges for policymakers in the region.

IS has tapped into the existing terror networks and infrastructure in South Asia to increase its presence there. For instance, IS Wilayat Khorasan (IS-K) in Afghanistan and Pakistan is made up of former Taliban militants who have fallen out with their parent organization or become dissatisfied with its direction. Uzbek and Arab fighters already present in the region have also joined IS-K for similar reasons. Similarly, IS in Bangladesh is composed of Bangladeshis and has established close links with an established terror group, Jamaat-ul-Mujahideen Bangladesh (JMB), which it has hailed a “champion of Islam.” In fact, a number of JMB militants have also pledged allegiance to the IS.

The IS propaganda machine has also attracted South Asians who are otherwise uninvolved in terrorist activities. By focusing on the issues affecting local people, IS has been successful in exploiting simmering discontent. Examples include the perceived oppression of the minority Muslim communities in India and Myanmar and the ongoing conflict between Bengali Hindus and Muslims. In India, a number of alleged sleeper cells and individual operatives have been discovered in the country’s southern and eastern states, while in the Maldives, there are reportedly as many as 500 IS sympathizers. There are several examples of young individuals, with no prior history of involvement in extremist activities, seeking to carry out the work of IS in this region. Whether such individual recruits will carry out ‘lone wolf’ attacks – a concept largely alien to the region – remains to be seen.

By tapping into pre-existing terror groups and linking them to a broader cause, IS offers local terror groups and militants a chance to reinvent themselves by realigning their loyalty towards IS and contributing to IS “success” stories. Interestingly, there has been no noticeable increase in foreign fighters from the Middle East joining the IS branches in South Asia, as was the case with al Qaeda in the 1990s. This has led many to dismiss the threat of IS to the region. But that would be missing the point. Existing terror networks facilitate the entry of IS into this region by helping the organization expand its influence through established channels and put its ideology into practice.

There is an even more immediate threat as well: South Asia is a volatile region with numerous extremist groups vying for supremacy. This could work to the advantage of nation states – turf wars among different terrorist groups could lead to the elimination of some. But the more likely scenario is the deterioration of the security environment beyond control. As IS branches seek to get ahead in this race through high-profile attacks, they may compel other groups to step up their violent activities. Bangladesh is already a battleground between al Qaeda and IS, and particularly between its allies, Ansarullah Bangla Team and JMB, respectively.

Similarly, in the AfPak theater, disgruntled and disenfranchised Taliban militants have found IS to be a convenient alternative to rally around in order to maintain their own credibility and relevance amongst extremist groups. Their preference to continue their fight under the IS umbrella would further complicate the already fragile Afghan reconciliation process.

The emergence of the IS phenomenon in South Asia and the attraction it has generated shows how resilient the threat of terrorism has become. Despite military reversals in Iraq and Syria, IS is transforming from a localized caliphate-building group to a transnational terrorist movement. And of all poorly governed regions, the AfPak theater is most ripe for the rise of groups like the IS-K. There is also no denying that the appeal of IS to a small segment of the population in South Asia has helped rejuvenate extremists groups like JMB.

Although IS has suffered in its heartland, its appeal remains significant. The sheer brutality with which the group and its branches operate, and the media coverage they receive in return, will sustain their momentum and expansion across parts of South Asia. Meanwhile, the supporting groups’ improved ability to organize and disseminate information can strengthen the capacity of IS to tap into existing terror networks.

These developments add yet another layer of concern for regional governments and the United States, and re-affirm that the fight against IS is far from over. It is high time for the international community to ramp up efforts to push back against IS in South Asia. Governments within and outside the region should deepen their intelligence gathering and sharing of IS related activities from Afghanistan to Indonesia and the territories in between. The goal should be to contain and eliminate the threat of IS and its branches operating in this area. Regional governments must remain vigilant of IS-related developments, especially when it comes to monitoring returnees as well as communication between IS militants in Iraq and Syria and their counterparts and supporters across the globe. This cooperation should be taken a step further to include joint patrols and joint operations. Of course, such efforts can run up against rigid mindsets, outdated paradigms and the reluctance to compromise sovereignty. But the reality is that none of the regional states are capable of dealing with this threat alone.

The message of IS has proven its appeal in parts of South Asia, but it is the group’s ability to adapt, evolve and exploit vulnerabilities in a region with porous borders, and in some cases, weak state capacity, that poses a serious cause for concern.

Book Review - Constructions and Instrumentalizations of the Past: A Comparative Study of Memory Management in the Region