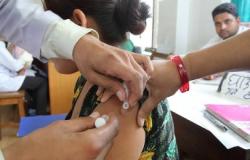 What role has globalisation (ease of global travelling, import/export of foreign products, changes in life style, etc.) played in exacerbating global health challenges? Is there anything we can do to correct this?

The two most overarching ways that globalisation and technological advancements have exacerbated global health challenges are by speeding everything up and by driving some degree of epidemiological convergence (meaning greater similarity in the kinds of diseases that people suffer from around the world).

Trade and travel have always led to the spread of disease. In the 1300s, the Black Plague travelled from Asia to Europe in Silk Road caravans and merchant ships. Today, diseases can spread a lot faster than they did 500 or even 50 years ago—in a matter of hours or days. The good news is that information also travels much faster, so we can track outbreaks and figure out what is going on more rapidly, as happened during the 2003 SARS (Severe Acute Respiratory Syndrom) outbreak.

As far as epidemiological convergence: for a long time, there was a correlation between economy, geography, and burden of disease. It made sense to distinguish between the “developed” Global North, where the biggest public health concerns were non-communicable, lifestyle-related diseases like diabetes and heart disease, and the “developing” Global South, where the biggest problems were so-called “diseases of poverty”, mostly infectious diseases. But that is no longer the case. We are now seeing an increasing prevalence of non-communicable diseases in both North and South. We are also seeing the (re-)emergence of infectious diseases that we do not have treatment for—or maybe, as antibiotic resistance becomes a bigger issue, that we used to be able to treat but cannot anymore. So there is also the possibility of truly global pandemics affecting the North and South simultaneously. HIV/AIDS was the harbinger of this.

As far as “correcting” the effects of globalisation, that might not be the right word. Trade, travel, lifestyle changes, etc. have upsides and downsides, but we cannot put that genie back in the bottle, and might not want to even if we could. Rather, we should focus on crafting policies that target the new reality, like global regulations on harmful substances or strengthening basic public health capacities. And since outbreaks are inevitable, we need to figure out how encourage public vigilance without fueling public hysteria.

How close are we to developing an effective international governance structure for disease surveillance and response, and what are some of the challenges standing in the way?

On the bright side, we do have a solid policy framework in place, called the International Health Regulations. And there are credible international efforts underway to translate those commitments into tangible, on-the-ground surveillance and response capacity (e.g. the Global Health Security Agenda). That said, there are two major problems with the current system.

First, when outbreaks occur, panic often supersedes compliance with the International Health Regulations. States (i.e. countries) implement trade and travel bans that go far beyond World Health Organization (WHO) recommendations, as we saw with flight bans from West Africa during the Ebola crisis. This interferes with our ability to fight the ongoing outbreak and discourages states from reporting future outbreaks, for fear of incurring economic losses. In these situations, we need to educate policymakers on why over-the-top, “better safe than sorry” responses might seem sensible, but will actually do more harm than good.

The second problem is that no one wants to foot the bill. In May 2016, the World Health Assembly strengthened and consolidated WHO’s capacity to detect and respond to public health emergencies under a new Health Emergencies Program. But while states approved a $485 million budget, the program faces a $200 million funding gap. Likewise, the WHO Contingency Fund for Emergencies, which is supposed to provide support in the initial months of an emergency (before donor funding generally arrives), has raised less than one-third of its $100 million target. Recently, we have begun experimenting with alternative funding mechanisms to pay for some of this, such as the Pandemic Financing Facility managed by the World Bank. But it will be a very long time, if ever, before those alternative mechanisms can replace contributions by states. Of course, funding alone does not guarantee an effective international response, but we cannot expect an effective response if we’re not willing to pay for it.

WHO is in the process of electing a new director-general. [In late January, the agency’s Executive Board will recommend three candidates to the World Health Assembly, which will vote on a final selection in May.] What are some of the biggest challenges facing WHO’s leadership over the next five years?

WHO is in serious need of reform—and, to their real credit, no one recognises this better than WHO’s leadership. In fact, the reform effort currently underway was actually initiated by Director-General Margaret Chan. But beyond the concrete, pragmatic reforms being discussed, there are more fundamental questions regarding WHO’s relationship to other global health actors.

One of these questions is about who gets to make decisions. Policymaking used to be the sole prerogative of the World Health Assembly (WHO’s version of UN General Assembly), where each member state has one vote and decisions are traditionally made by consensus. On paper, this is still the case. But in the early 1990s, member states decided to freeze WHO’s core budget, which is paid for through their own mandatory contributions. Since then, the agency has had to rely on voluntary contributions to fill its budget gaps. Currently, about 80% of WHO’s budget is financed this way, and because voluntary donors get to decide what they fund, they effectively get to decide what WHO does. Moreover, many of WHO’s largest voluntary donors are not states, but philanthropies, public-private partnerships, and corporations. Member states have recently taken additional steps to monitor and limit the influence of non-state actors within WHO. But in the long term, it is hard to imagine that these donors will increasingly pay WHO’s bills without seeking a larger say in how their money is spent.

Issues like these are particularly challenging for two reasons. First, leaving fundamental questions unanswered generates a lot of ambiguity that can make it difficult for WHO to do its job. Second, WHO’s leadership cannot answer these questions for itself. Rather, answers will require real examination of priorities and tough decision-making by the agency’s member states and, as yet, states have not necessarily shown the political will to do so.

You have done some research into “unexpected partnerships” in global health. What were some of the surprising and most useful findings of this research for policy makers?

At a time when there is growing concern about the future of international cooperation, the most encouraging finding is that global health stands out as a promising and feasible area for collaboration, even where geopolitical tensions are high. This is not to say that global health is apolitical or free of serious disagreements and national agendas—that could not be further from the truth. But empirically, there are a striking number of examples of states managing to find some common interests and willingness to publically work together around global health issues, even when they can hardly agree on anything else.

The most significant case of “unexpected” Track 1 (i.e. official, intergovernmental) global health diplomacy is the US-Soviet collaboration on smallpox eradication at the height of the Cold War. A more recent example is US-Cuban coordination on Ebola. Although these two countries have quietly engaged in joint humanitarian ventures in the past, the degree to which Cuba’s contributions were praised by Secretary of State John Kerry, as well as major US media outlets, perhaps foreshadowed the coming thaw in diplomatic relations.

Unexpected partnerships are even more common at the Track II (i.e. non-governmental) level. Health-related collaboration between Soviet and American scientists actually predated similar exchanges on space exploration— for example, Soviet scientists worked with Albert Sabin to test his polio vaccine as early as 1955. Another really intriguing case is Iran/Mississippi Delta Rural Health Care Project, which you can read about here.

Mara Pillinger is a PhD Candidate in Political Science at George Washington University and a GGF2027 fellow. She tweets @mplngr.

Influencing for Senior Leaders: A New Course on Analysis, Strategy, and Practice. Want to Sign Up?