Towards A Collaborative Geoengineering Regime 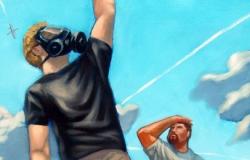 As geoengineering is increasingly seen as a method of limiting global warming, Jasdeep Randhawa explores ways of regulating the conduct of geoengineering experiments.

Geoengineering was hardly mentioned by the government and non-government actors during the 1990s, when the dangers of climate change were receiving global attention. The United Nations Framework Convention on Climate Change (UNFCCC), held in 1992, was viewed as a show of commitment to take adaptation and mitigation measures in response to climate change. During the 2000s, however, negotiations on setting emissions targets largely failed, with countries pointing out that they had varying social and economic capacities for reducing emissions, and that climate change was largely seen as a public good requiring collective action rather than individual commitment from member states. As a result, scientific and academic communities commenced research to ascertain geoengineering technology’s potential to mitigate climate change.

Several factors eventually led to the positive engagement of the media and civil society. Increasingly, UN member countries also joined the debate on geoengineering technology. In 2013, the assessment report issued by the Intergovernmental Panel on Climate Change (IPCC) – the scientific intergovernmental body under the auspices of the UN – addressed the current status of geoengineering research and its potential benefits (for example, the reduction of global temperatures), while also highlighting the risk of unknown side effects and the lack of scientific evidence for the technology’s effectiveness at reducing global temperatures. Therefore, what began as a virtually nonexistent dialogue on geoengineering has transformed, over the last decade, into the active engagement of public and private actors, who debate and contest each other’s understanding of the benefits and related risks of geoengineering technology.

Meanwhile, the latest IPCC report warns that without additional mitigation efforts, warming by the end of the 21st century will lead to the very high risk of severe, widespread and irreversible impacts across the world. Existing mitigation measures – such as cap and trade, carbon taxes and setting a carbon price – combined with the absence, or limited availability, of other mitigation technologies – such as bioenergy, nuclear, wind and solar – are insufficient for reducing global temperatures. The national mitigation measures being taken by fast-growing economies – India and China, for example – are aimed not at reducing global temperatures, but rather at confronting domestic challenges related to adverse effects on health and at enhancing economic development by increasing reliance on renewable energy.

Since business as usual will not suffice, there has been a gradual strengthening of public opinion that something drastic needs to be done to counter climate-change effects. Consequently, interest in geoengineering is no longer considered taboo. Countries have started showing interest in funding and/or regulating geoengineering research and activities. For example, the United States National Research Council has recommended that the federal government fund a research program on geoengineering. Some states in the US have begun developing their own policies regarding the regulation of geoengineering activities. Russia attempted to include a pro-geoengineering statement in the recent IPCC report.

Given the failure of climate-change talks, the pending threat of irreversible climate-change damage, and the increasingly urgent sense in the stakeholder dialogue that immediate and drastic mitigation measures must be taken, the opportunity to “internalize” – that is, to institutionalize the ongoing debate on the deployment of geoengineering technology – is now.

The public actors would consist of nations, intergovernmental organizations and government-funded research and academic institutions. The private actors would consist of not-for-profit research and academic institutions, startups, civil society, media and industries. The collaborative mechanism would be able to leverage the financial resources of the industries and the technical expertise of the startup and research institutions to undertake further research, to manufacture the equipment and to scale the technology. The media and civil society would be able to raise public awareness of geoengineering used to counteract climate change, and act as ethical regulators of geoengineering deployment.

Together, the actors would undertake a cost-benefit analysis of the most contentious issues that have prevented the application of geoengineering on a large scale and prohibited its incorporation in climate-change scenarios. These issues include the distributive effects of deployment, its associated costs, its misuse by rogue states, the impact on surface temperatures and the likely transboundary harms. Insights gleaned from this analysis would inform research ascertaining how effectively geoengineering technologies reduce global temperatures, and research quantifying the likely economic, social, ethical, environmental and political harms of deployment. This research would further the formulation of guidelines regarding the conduct of geoengineering experiments. The guidelines would be based on the principles of transparency and stakeholder consultation that would help in legitimizing, reinforcing and scaling the results of the experiments conducted. The legitimacy of the mechanism would come from its inclusive, bottom-up and participatory model of self-ownership.

Given the legitimacy of the collaborative mechanism and its joint ownership, the nation states will see the rationale of obeying norms that are products of their own judgements and values in regards to geoengineering. This would result in the codification of norms into an international law on geoengineering. The added advantage of norm formalization through a collaborative mechanism is that it would enable the more expedient incorporation of international law into domestic laws, since the probability of backlash and disobedience by the private and government actors who have themselves contributed to the norm formulation would be minimized.

Jasdeep Randhawa is a lawyer and a public policy analyst with the United Nations Human Settlements Programme (UN-Habitat) in Nairobi, Kenya. She is a fellow of the Global Governance Futures (GGF 2025) program. The views expressed herein are those of the author and do not reflect the views of the United Nations.