The West in the East: Is the Western Entrepreneurship Model Truly Global? 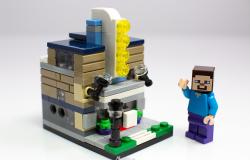 A simple scroll down the programme for the 2019 Global Entrepreneurship Congress (GEC) in Bahrain shows it to be a global affair spanning across cultural, geographical and political contexts. With talks discussing a broad range of topics stemming from Fintech in Francophone Africa to the digitising of the Estonian economy, investment in India and several sessions based around the blossoming investment market of our Bahraini hosts, it is obvious that this is a global conference in the truest sense.

On the other hand, it is not hard to forget that the GEC is an event of American origins, based on the values and principles of its main supporter the Ewing Marion Kauffman Foundation. The opening plenary saw Jonathan Ortmans, founder of the Global Entrepreneurial Network (GEN) and chair of the GEC, open the conference by outlining his goal of being “committed to helping where talent may be plentiful, but where opportunities may not”. This sentiment of lending a helping hand and creating opportunities to thrive where there are perceived to be none, is part of the American tradition, encompassing the American dream to its fullest.

The United States of America is the giant neoliberal free market hegemon of the world, which likes to be known for valuing freedom above all else. Their version of entrepreneurship and the methods they use to promote it echo this. Americans have had enduring success with their methods and their economy has the evidence to prove it. The question that remains to be seen is whether this entrepreneurial success can translate to the rest of the world and have the same results and impact. Is the success of the American system rooted in their liberal culture or something which can resonate globally?

The importance of culture cannot be ignored. Culture spans more than just what people wear and their customs; it is a mindset, a way of life. Culture acts as a barrier to and between markets, it affects communication between partners. Interesting remarks came from the CEO of the Bahraini Economic Development Board (EDB), arguing that it is easier to scale up a business on the East Coast of the US than in Egypt. This is due in part to the culture. The Bahrani delegation, during their provocative opening plenary, talked at length about the changes to their ecosystem being motivated by a desire to change the mindset, inspiring its citizens to move from being job-seekers to becoming job-providers. A Western hegemony lends itself to easy scaling up of businesses in a way that isn’t shared in the Middle East. In order to achieve the same scalability as the West, are the East going to attempt to emulate them? Business models reflect the culture from which they come and it will be interesting to see what effects a more western entrepreneurial model will have in the region.

The stark differences in the cultures of west and east are evident here at the GEC, and you only have to glance across the conference floor to see it at its most obvious. For many attendees a business suit is not the outfit of choice, and sessions are not dominated by American accents. Delegates seem to be an embracing this global community of entrepreneurship and the values of cooperation and knowledge sharing which are facilitated by the GEN. With a backdrop of inspiring music, one such value flashes across the main screen in the plenary room as I write this; “create one global entrepreneurial ecosystem”. The question that remains to be seen is how this one ecosystem will marry the cultures of east and west, and how the liberal capitalist notion of entrepreneurship will evolve as it reaches new lands.

Louise Litten is a second year Philosophy and Politics student at the University of Sheffield and a policy analyst at the GEC. This post is part of a series from the Global Leadership Initiative's team of eight students at the Global Entrepreneurship Congress 2019 in Bahrain from 15th to 18th April. To read there rest of the team's outputs, please see here.

Let’s Go back to Mercantilism and Trade Blocs!