Women in Tech: More than Just a Numbers Game 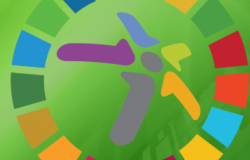 Myra Mufti, Romany Kisbee-Batho and Suay M. Ozkula reflect on how men’s perceptions and behaviours towards women continue to create barriers for a gender balance in the ICT sector, even within gender-conscious communities.

The figures for women’s participation in ICT-related jobs go as low as 4 per 1000 females, roughly 30% of the 7 million people working in ICTs. This highlights the pervasive gender divide and the substantial dominance of men in the field of technology that persists even in the 21st century.  For the women who do enter the field, there continue to be barriers to their progression wherein only 6% of CEOS are females in the top 100 tech companies. Women therefore continue to suffer from being ignored, discriminated and left out of spheres involving the use of technology.

As a way of addressing these issues, gender equality was made a substantive part of the agenda at this year’s World Summit on Information Society (WSIS), evident from a total of 5 full sessions focusing on gender and ICTs, as well as efforts to enforce a 50/50 gender balance in the summit participation. These themes continued within the sessions. For example, in an instance, where there was an all-male panel, one of the panelists explicitly apologised for having no female representation. Equally, WSIS advocated gender balance in the arrangement and planning of its thematic workshops and panel discussions, ensuring it conformed to these 50/50 standards.

The issue of gender imbalance in the sector was addressed at WSIS sessions on several levels, including access, environment and socialisation. It was discussed how the problem of underrepresentation and inclusion in ICT-related fields, or the lack thereof, stems from an early point when kids are enrolled in schools. Only 29 females out of every 1000 manage to get a degree in an ICT-related area, whereas the statistics for males go as high as 95 per 1000 males. It is also striking that only 16% of females have a job in tech suggested to them, compared to 33% of males. When we talked to a few women who worked in tech at the Summit, it became evident that these issues persist throughout the career. They described the everyday ways in which such gendered dynamics have been normalized, including men addressing mixed groups with ‘hey guys’. It effectively excludes the women from acknowledgement.

It is these seemingly little things that add up. This is reflected in statistics that show 52% of women who exit STEM related fields for other careers cite ‘hostile macho culture’ as one reason for leaving. At WSIS, this was referred to by Monique Morrow (co-founder of Humanised Internet) as a glass cliff, since the women who leave also do not return as a result of the non-conducive environment created in part as a result of the unencouraging behaviour of male colleagues. In a High Level Policy Dialogue a range of speakers addressed this issue of Gender Mainstreaming. What was particularly encouraging was the discussion by Ms. Limor Shmerling Magazanik from Israeli tech policy who described her experience entering the field; she spoke fondly about the women who had encouraged her and, in particular, a female teacher who had made her explore biology. Her story reflects the importance of a supportive environment for facilitating access into these areas.

These instances led to us reflecting on our own experiences at the WSIS and we started to consider the space itself. We could not say that the Summit, nor the individual sessions that we went to, displayed an obvious majority male presence. However, our team at the summit observed behaviours and comments that reflected an implicit societal bias. There exist attitudes towards females and perceptions of women that contribute to the wider issue of unequal access into tech. For instance, in one of the sessions on gender mainstreaming, an argument made regarding lack of women in ICT sector was that women themselves have less willingness to work in such technical fields and are often unable to cope with the complexity of work alongside balancing personal/family life. This goes to suggest that even at high level conferences such as WSIS, where advocacy for gender equality is high, there still exists a greater fundamental attribution error of blaming women for their situations or speaking on their behalf instead of identifying the root cause of barriers faced by them.

A similar instance occurred in another gender orientated session. It was suggested that mothers should teach their sons to be more supportive of women. Our immediate reaction was uncomfortable surprise at the lack of mention of “fathers” in the statement. It is indicative of the attitude that the burden should be placed on women and despite the immediate apology that followed, the statement reflected more than just a simple error; it exposed underlying assumptions - societal bias essentially.  Furthermore, the comment was not addressed appropriately; it was effectively not highlighted as an issue but brushed aside. The discussion continued to be driven by men, not critically engaging with their own behaviour.

What was more surprising to us was that not once did we hear the word feminism in the whole time we were there. In fact, in a session on the topic of gender, in which the audience was contributing to a mind map, the (male) chair told us that the word “feminism’ was problematic and refused to add it to the map. Feminism strives for equality, but it is far more complex to be reduced to that. Silencing it in this way risks blurring the way it attempts to expose and challenge concepts in which masculinity plays out. Not only is this ignorance morally questionable and contributes to a historical revisionism, but the fact that a woman suggested the word and it was a man who decided to exclude it, is in itself problematic. Women need to be involved fully in the discussion on gender equality and be considered co-producers in processes, rather than be treated as third party, an issue that is highlighted by our own experiences at a gender-conscious event.

Despite the focus on the number of women present, this approach does not justify the recognition of existing gendered structural dynamics adequately. Men need to change their attitudes to make spaces more accommodating for women; it is not a case of simply filling the number of attendees. The only way they can effectively do this is in listening to women and accepting they all have to take action to challenge their own biases. The responsibility is on men to be supportive and proactive in creating a conducive environment for women’s success in fields of technology.

This post is part of a series from the Global Leadership Initiative's team of eight students at the World Summit on the Information Society 2019 from 8th to 12th April. All their outputs can be viewed here.