Double Standards or Double Talk?: The Irony of the G20’s Tax Evasion Rhetoric 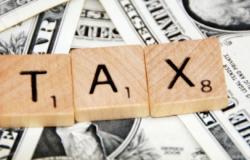 Media Centre – G20 Summit. With the world’s focus upon the recent terrorist attacks in Paris the leaders of the largest industrial economies have continued to try and focus their efforts on economic issues at the G20 Summit. Amongst the myriad of proposals and agreed documents a strong focus has been on the need to reach an agreement on a ‘globally fair and modern international tax system’. Following the G20 Summit in Brisbane, the leaders welcomed the Base Erosion and Profit Shifting Project (BEPS) developed through the OECD, which aims to tackle the disparate imbalances in the global financial tax system. With an estimated $240 billion (US) dollars lost each year in global corporate tax avoidance, the scale of the problem is highlighted as having a particularly devastating impact on developing countries.

The G20 and OECD countries shared desire to tackle the BEPS agenda has led to the OECD laying out a comprehensive package of measures that are designed to be implemented both at a national and international level. The European Commission under the presidency of Jean-Claude Juncker has made tax evasion and the BEPS reports a key part of their G20 initiatives. Following late night negotiations between the leaders Sherpas, a senior EU official is clear that ‘we want to establish a strong framework’ and that the result of these negotiations has led to ‘a real step change’ in the drive to clamp down upon tax evasion.

The reality that has emerged so far from the G20 Summit, however, is that whilst the negotiations are claimed to have made progress on the countries agreeing to move on BEPS, key EU officials have admitted that no clear measures have been agreed as to how to implement the BEPS proposals from the OECD. Instead, acknowledging that the process would need constant monitoring, supervision is through absence of action being delegated to the OECD. When queried on exactly how this monitoring would be conducted, the senior EU official stated that it would be down to the OECD to decide.

Whilst it is clear that the G20 countries continue to espouse strong rhetoric about dealing with the tax avoidance, often referencing the negative impact these practices have upon developing countries, the irony is that one of the main sponsors of the G20 Summit’s official publication is an offshore finance company based in Jersey. In fact, the sponsor has such a degree of leverage that the chief executive of Jersey Finance Limited was able to write a significant two page article within the official publication advocating the benefit of international finance centres - a fancy description for offshore finance organisations. This irony is compounded by the assertions made within the article, which claim that international financial centres such as Jersey can provide a valuable role in investment within developing countries by providing a ‘stable institutional, tax and regulatory environment’. Strangely enough what the article doesn’t acknowledge is the impact that this foreign direct investment would have on developing countries when the tax revenue from these investments is funnelled through an offshore entity. As anyone who studies African development will attest, ‘capital fight’ from African countries represents huge shortfalls in tax bases and is a prime contributor to budget restrictions.

If the leaders at the G20 were really serious about challenging tax avoidance then they would do well to agree to concrete actions on the implementation of the BEPS proposals rather than passing the buck on implementation decisions to the OECD. Otherwise, the strong rhetoric emerging from the Summit is undermined by the intimate access and leverage that offshore finance organisations have within the G20 organisation itself. For the leaders to inspire confidence in their deliberations amongst the wider world they would do well to put their own house in order first.