The death of US–China climate cooperation 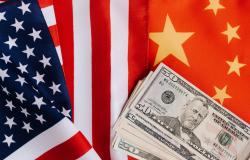 Yuhan Zhang argues that the world’s largest economies and emitters are unlikely to take climate actions to achieve the 1.5 degree Celsius goal in the coming years.

The alarm bells of the climate crisis have been ringing for years. There is an increasing consensus among climate scientists that it is indispensable to hold the increase in the global average temperature within 1.5 degrees Celsius above pre-industrial levels. But as the world’s largest greenhouse gas emitters, the United States and China have not cooperated to commit themselves to sufficiently meeting this climate goal.

China’s climate policy is consistent with a global warming of 3 degrees Celsius and the US nationally determined contribution is consistent with a 2 degrees Celsius temperature target. Yet at the 27th Conference of the Parties to the UN Framework Convention on Climate Change, both countries pointed fingers at each other for not acting fast enough.

While necessary, existing clean technologies alone cannot limit global warming to 1.5 degrees Celsius. Even clean tech investors like Bill Gates pessimistically note that the ‘miracles’ of solar and wind technologies will not save us from climate change — technological breakthroughs are needed. Policymakers in the United States and China understand this challenge. As rational players, they have little incentive to substantially reduce emissions and stabilise the level of carbon dioxide in the atmosphere.

Beijing also faces domestic political obstacles. Sustaining Kuznetsian economic development is the primary goal for China, whose rapid growth has relied heavily on burning fossil fuels. Since the late 1990s, coal consumption in China has increased approximately threefold. Path dependence casts a long shadow and has expansionary effects over time on the country’s climate policies. Despite investing enormously in renewable development, it refuses to reduce the use of fossil fuels and takes insufficient action to achieve the 1.5 degree Celsius goal.

Great power rivalry also prohibits bilateral cooperation. For example, a focus on national security has led the US government to tighten its export control policy for fear that high-tech products might reach military end users. Since 2018, the United States has waged a trade war against China, and tariffs on Chinese clean tech products remain during the Biden administration. Washington has also passed legislation known as the Foreign Investment Risk Review Modernisation Act to expand the oversight procedures of the existing Committee on Foreign Investment in the United States.

China, too, has imposed various strict regulations that obstruct cleantech cooperation with the United States. For example, in October 2020, the country introduced the Export Control Law of the People’s Republic of China, providing it with justification to restrict foreign commercial transactions based on national security. In December 2020, China issued the Measures on National Security Review of Foreign Investment, strengthening government oversight and the ability to restrict or deny foreign investment. Some advanced clean technologies are on the list of technologies prohibited or restricted for export or investment.

In the foreseeable future, it remains unlikely that the United States and China will take climate actions to achieve the 1.5 degree Celsius goal for three reasons.

First, from a more dynamic perspective, technologies may evolve over time. But the incremental success we have witnessed is far from enough to drive policymakers to cooperate. It may take a long time — perhaps decades — to achieve transformative technologies.

Second, domestic political barriers are likely to persist. Some interest groups in the United States may not firmly oppose stringent climate actions. But many will impede substantial policies that threaten their survival or harm their balance sheets. With President Xi Jinping securing his third term as China’s paramount leader, it is expected that Chinese climate policies will be consistent: Beijing will continue to prioritise economic growth and depend heavily on traditional energy-intensive industries.

Third, great power competition will likely intensify. Although the United States and China may cooperate in certain fields — for instance, when Tesla operates plants in China or when US firms purchase Chinese solar panels — neither will sacrifice their national interests to substantially reduce emissions to limit global warming to 1.5 degrees Celsius in the foreseeable future.

In the United States, former president Donald Trump has already announced a White House bid for 2024. If he becomes president again, Washington will probably quit multilateral climate agreements and escalate conflicts with China. In response to such US policies, Chinese policymakers, predominated by realpolitik, are unlikely to compromise.

The fact that the United States and China are the world’s largest economies and emitters makes it galling to the international community when they refuse to take on serious commitments to substantially reduce emissions and control global warming.

Years of failure to cooperate is a tragedy for the entire humankind. They blocked the world from getting on a carbon emissions reduction pathway capable of preventing severe climate change. Until we get breakthroughs in clean technologies, the insulation of climate cooperation from domestic politics and the de-escalation of great power strategic competition, cooperation in substantial emissions reduction — and with it, the 1.5 degrees Celsius goal — is not feasible.

Yuhan Zhang is the Associate Director at the Berkeley APEC Study Center (BASC). He was an economist and corporate advisor to US multinational corporations and a researcher at the Carnegie Endowment.

This first appeared on EastAsiaForum and reposted with permission.