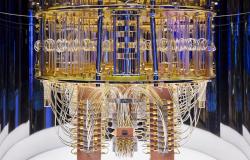 States are increasingly turning their attention to developing quantum computers to gain a technical edge in cybersecurity, intelligence operations, and economic industry. Quantum computers are highly advanced machines that can solve complex math problems like factorizing large numbers and performing unstructured searches exponentially faster than conventional computers. Although the practical applications of quantum computing aren’t quite here yet, theoretically they hold tremendous potential for bioengineering, artificial intelligence and machine learning, and financial market analysis. Apart from these advantages, some cryptographers are concerned that quantum computers could be used to decrypt private messages and financial transactions. In addition to the privacy and security implications, others worry about the risks that quantum sensing may pose to military capabilities like submarine detection and sea-based nuclear deterrents.

Based on these concerns, festina lente should be the motto for quantum innovation. Why? The answer lies in the intensifying geopolitical competition for quantum supremacy.

The Geopolitics of Quantum Supremacy

Quantum supremacy refers to a technological milestone when the computational speed and power of quantum computers could outperform that of classical computers. China, Russia, and the United States are competing to become the top leader in advanced computing before 2030.

THE UNITED STATES, CHINA, AND RUSSIA

So which country is currently home to the world’s most powerful quantum computer?

To date, the United States is home to the world’s largest quantum computer, IBM’s 127-qubit Eagle superconducting processor. IBM’s Eagle is the first system to surpass the 100-qubit barrier. Quantum systems encode information in units called quantum bits, or qubits, which can be a 0, 1, or simultaneously both. This phenomenon is called superposition— a system’s ability to exist in two or more states simultaneously. The number of qubits is significant because each additional qubit exponentially increases the processor’s potential computing power. By the end of 2023, IBM aspires to achieve quantum supremacy with Quantum Condor, a mega-computer chip that could potentially process over 1,000 qubits. China is also planning to develop advanced quantum simulators that can outperform classical computers by 2025.

Previously, China’s Zuchongzhi 2.1 ranked as the most powerful quantum system with an approximately 60-qubit processor. Zuchongzhi 2.1 was developed by the University of Science and Technology of China in Hefei. The system can operate 10 million times faster than the world’s fastest supercomputer, Japan’s Fugaku, and 1 million times faster than Google’s 53-qubit Sycamore processor. There are two architectural pathways for quantum supremacy: the first is light-based Gaussian boson sampling (e.g., China’s 2020 quantum computer Jiuzhang, which utilizes light particles called photons to perform calculations), and the second is electron based—using random quantum circuit sampling based on superconducting qubits or trapped ions (e.g., China’s Zuchongzhi and IBM’s Eagle). The list of the top 500 fastest supercomputers worldwide for 2021 is available here.

Turning to Russia, scientists with Moscow’s Institute of Physics and Technology created the country’s first domestic 5-qubit circuit in April 2021. The Russian Federation has also publicly allocated over $790 million to develop quantum technologies. Shortly following Russia’s development of a 5-qubit circuit, Germany made history with its first 27-qubit processor.

In June 2021, Germany became the first European country to develop a quantum computer in partnership with IBM and the Fraunhofer Institute in Ehningen. This milestone also marked IBM’s first quantum computer developed outside of the United States. Under IBM’s quantum future roadmap, the company plans to leverage cloud computing to create a full-stack computer that could be globally accessible. To that point, IBM declared it will build its first universal quantum system in Canada by 2023.

France aspires to become one of the world’s leaders in quantum and supports the European Union’s Digital Compass project to produce its first quantum computer by 2025. Just this month, Bruno Le Maire, the economy minister, announced that France will invest €3.5 billion in its tech startup environment. France’s government also recently announced a new program to develop a quantum computing platform by mid-2022 with the High-Performance Computing Centre at the French Atomic Energy Commission. The goal is to make quantum computing accessible to as many stakeholders as possible, including French and EU startups interested in quantum information sciences. In terms of bilateral research partnerships, France recently signed a memorandum of understanding with the Netherlands to promote collaboration. Additionally, France and the United States are interested in collaborating on quantum information science and artificial intelligence following December’s Joint Committee Meeting on Science and Technology Cooperation.

Following Prime Minister Boris Johnson’s declaration that the United Kingdom must “go big on quantum computing,” the government has been steadily investing in the National Quantum Computing Centre in Harwell, Oxfordshire. In terms of research partnerships, the United States and the United Kingdom signed a joint statement of intent in November 2021 to collaborate on quantum information sciences and technologies (QIST). The aim of this bilateral initiative is to establish a QIST “ecosystem that promotes the mutual wellbeing, prosperity, and security of present and future generations.”

What’s Next for the United States?

According to the Congressional Research Service’s primer on quantum technology, in fiscal year 2021, the Department of Defense requested $688 million for QIST research and technology. Looking ahead, as U.S. policymakers build QIST partnerships with other countries and accelerate research under the National Quantum Initiative Act, festina lente should serve as the guiding innovation principle for achieving quantum supremacy.

Zhanna L. Malekos Smith, JD, is a senior associate (non-resident) with the Strategic Technologies Program and the Aerospace Security Project at the Center for Strategic and International Studies (CSIS) in Washington, D.C., and an assistant professor in the Department of Systems Engineering at the U.S. Military Academy at West Point. Accordingly, all views, positions, and conclusions expressed in this publication should be understood to be solely those of the author(s) and not those of CSIS, the Department of Defense, or the U.S. government.

Commentary is produced by the Center for Strategic and International Studies (CSIS), a private, tax-exempt institution focusing on international public policy issues. Its research is nonpartisan and nonproprietary. CSIS does not take specific policy positions. Accordingly, all views, positions, and conclusions expressed in this publication should be understood to be solely those of the author(s). This was reposted with permission of the author.