Antidote or Placebo? Digital Literacy and the Global Fight Against ‘Fake News’ 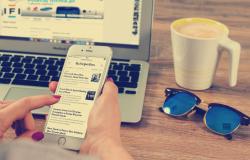 Paul Reilly explores whether digital literacy is the solution to the information crisis engulfing democratic states.

At the recent 10th World Summit on the Information Society, I attended a panel discussing multi-stakeholder approaches in Indonesia aimed at combating the ‘tide of disinformation’ on social media. Speakers such as Dr. Stephanie Borg Psaila (Diplo Foundation) suggested that the term ‘fake news’ itself was frequently misused by politicians and members of the public, but noted that social media had made it much easier for disinformation and hoaxes to spread online. Siberkreasi (the national digital literacy initiative launched in 2017 by the Indonesian government in collaboration with the private sector, local communities and academic researchers) was identified as the main policy response to online mis-and disinformation. Despite recent evidence suggesting trust in social media companies has decreased due to ‘data scandals’ such as Snowden and Cambridge Analytica, , Facebook and Twitter were among the many stakeholders working with Siberkreasi in their ‘fight’ against disinformation. These are companies that could do with some positive publicity after a difficult couple of years; Facebook, for example, faced much criticism for the ‘rocky rollout’ of its much heralded international factchecking initiative and their slow progress in complying with the EU Code of Practice against disinformation, especially in relation to ensuring greater transparency about paid-for political advertisements on their platforms. Against the backdrop of increased political pressure to regulate social media, initiatives such as Facebook’s Digital Literacy Library could be viewed as a(nother) cynical ‘PR stunt’ designed to rescue the reputation of these companies and protect their stock prices.

Irrespective of the reasons why these companies are promoting digital literacy, the broader question remains: if digitally literate populations are less susceptible to mis-and disinformation on social media, is this the antidote to the information disorder threatening to undermine liberal democracies? Certainly, the UK Digital Culture, Media and Sport Committee appears to think so. Their final report on Disinformation and ‘Fake News,’ published in February 2019, called for digital literacy to become a “fourth pillar of education”, with regulators such as OfCom urged to pursue a ‘united strategy’ in order to ensure that citizens were better informed about how social media companies operated. Nevertheless, researchers have warned against the promotion of digital or media literacy as a ‘silver bullet solution’ for problems in the digital environment, suggesting that it places the burden on individuals to deal with these issues rather than policymakers and may even make them more vulnerable to media manipulation.  There is also no consensus on how to define and measure digital literacy.  During the aforementioned WSIS panel it was acknowledged that Siberkreasi was unlikely to completely eradicate ‘hoaxes’ and ‘disinformation’, but that one of its key objectives was to encourage young people to create “positive and innovative content”. In other words, being ‘literate’ in the digital era is about much more than being able to spot false and misleading content on Facebook and Twitter. Although the term is often used interchangeably with both information and media literacy, it can be broadly defined as those skills which allow individuals to live, learn and work in digital societies. Early work in this area tended to be largely uncritical of the digital tools that have become so embedded in people’s lives. In 2006, David Buckingham defined digital literacy as the “minimal set of skills that will enable the user to operate effectively with software tools, or in performing basic information retrieval tasks.” 13 years later the same author argued that the focus should be on critical digital literacy, which involved citizens learning about how both traditional and social media operate in order to have a more informed view on how they represented society.

It would be hard to disagree with Siva Vaidhyanathan’s assertion that it is simply not feasible to train billions of people how to distinguish good from bad content when we are unable to agree on what digital or media literacy should consist of. It might also be argued  that a more informed, digitally literate population is still vulnerable to information disorder on social media. Recent research has suggested that ‘belief echoes’ may persist in those circumstances where the affective pull of online mis-and disinformation is greater than the corresponding corrective information shared via online platforms.  ‘Partisan selective sharing’ is quite common on Facebook and Twitter, whereby citizens share fact-checking messages that are congruent with their political ideologies and ignore those that appear to support political opponents and oppositional views. There is also some evidence to suggest that ‘civic-minded’ citizens share tabloid news on social media, irrespective of its accuracy, in order to spark debate with others.

Developing critical thinking about the political economy of social media infrastructures is increasingly important in the performance of digital citizenship, but it is unable to address the ideological polarisation and disunity in which information disorder usually thrives.   Digital literacy initiatives such as Siberkreasi have little to no impact on public apathy towards democratic institutions, which was identified by the LSE T3 Commission as one of the five ‘evils’ of the information crisis. These are problems relating to the entire information ecosystem, rather than solely being digitally-oriented phenomena. For example, my own research into information disorder in Northern Ireland suggested that there are continuities between the ‘propaganda war’ during the ‘Troubles’ and the types of disinformation shared online during contentious parades and protests. Professional journalists remain the most trusted news source in the deeply divided society despite accusations of promoting ‘tribal politics’ and being complicit in sharing mis-and disinformation. As such, mainstream media have a key role to play alongside citizens and political institutions in tackling this crisis. In this context, digital literacy is a ‘placebo’ that fails to address the underlying causes of the information crisis but provides cover for social media companies and policymakers who are frequently accused of not doing enough to regulate online platforms.

This post is part of a series from the Global Leadership Initiative's team of eight students at the World Summit on the Information Society 2019 from 8th to 12th April. All their outputs can be viewed here.