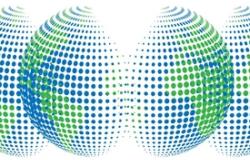 In an excellent just-published book “Six faces of globalization” Anthea Roberts and Nicolas Lamp, produce six plausible narratives of globalization and what, according to each, went wrong or right with globalization. Their approach is to take a given narrative, present all its points as its defenders would, with rather minimal outside (i.e. their own) interventions, and in the second part of the book discuss overlaps and differences between these various narratives.

Here, I will review the six narratives, saying perhaps little about each of them explicitly both because they are all rather well known by the general public and because I hope that my critique of each narrative will indirectly throw sufficient light on narratives’ main points.

The first approach Roberts and Lamp discuss is the establishment view according to which globalization ultimately benefits all participants even if the gains are uneven and in many cases take a long time to materialize. The establishment narrative is often self-serving as when it ignores the fact that the US did not become rich through free trade but rather through Hamiltonian protectionism, or that a number of trade agreements established after World War II were motivated less by some abstract free trade principles or “liberal international order” but rather by the US strategic desire to bind in a strong interdependent framework the nations of the “Free World” (conveniently defined to include everybody, regardless of domestic politics, who is not communist). The biggest advantage of the establishment narrative is that it can quite plausibly point out to the fact that tighter economic links between nations have since 1980 contributed to the doubling of the world per capita output and consumption of goods and services.

The left-wing narrative (under which I combine both what Roberts and Lamp term the “populist” left-wing narrative à la Bernie Sanders and Elizabeth Warren and the “corporate-power” monopolistic narrative) is, in many ways, the most consistent. Its strong points are two: (1) domestic polices have been slanted in favor of capital-rich and high-income individuals, and (2) pro-corporate policies have allowed large companies to become monopsonist in the labor market (the only local employer), and not to pay their fair share of taxes. Not only are both points true, but they correctly direct one’s attention toward the political origins of the middle class malaise. The malaise was to a large extent (I will come back to this “large” qualifier) manufactured by the ability of rich companies and individuals to create favorable legal framework for themselves, including most importantly lower taxes. (Reading “The Wall Street Journal” allows one to very simply define the view of the world of that category of people: there are only two variables that matter: how high is the “market” and how low are taxes?)

But the qualified “to a large extent” was not there for no reason. The decline both in the size and relative income of the Western middle class is not only the product of domestic policies. It happened also because globalization allows companies to move to cheaper (lower wage) locations, or to replace production of domestic goods by cheaper imports.

The proponents of the left-wing view have hard time acknowledging a tacit coalition of interests which has been created between the capitalists of the rich world and poor people of developing  countries.  They both gain  by replacing more expensive  Western workers. In the chapter on corporate greed narrative, an accurate critique of large Western corporations for avoiding taxes is mixed up with an attempt to show that NAFTA or other similar arrangements have produced worse outcomes for workers in poor countries, and that there is thus an identity of interests between workers in rich and poor countries. This is very difficult to accept. Very low-paying jobs, from the Western point of view, are generally very well-paying jobs from developing country’s point of view. Workers from Vietnam, Thailand, Ethiopia, or Peru are not unhappy to be hired by North American or European or Chinese companies. In many cases, their alternative is not having a job at all, or living at the edge of subsistence through self-employment.  The attempts to argue for some kind of international workers’ solidarity simply fall flat on the hard grounds of self-interest.

That problem however does not bother what Roberts and Lamb call the “right-wing populists.” Right-wing populist do have a consistent view of the world. First, in it, the welfare of foreigners does not matter at all (hence, they are uninterested in whether Mexican workers are better off with trade or not). Second,  national cultural homogeneity –a largely fictitious recreation of the 1950-60s—is the ideal to strive for. Their problem is not lack of intellectual coherence. The problem of right-wing populists is that their supporters like parts of globalization that provide them with cheap goods, but do not like losing high-paying jobs which is a sine qua non for the production of cheap goods they like. In other words, their supporters love buying cheap HD television screens, but they also like having a $50 per hour manufacturing jobs. These two things cannot however exist together. The right-wing politicians therefore can, as Trump did, make lots of moves (and noise) to slant the playing field in favor of their countries, but they cannot disconnect from globalization. Their opposition to globalization will forever remain on a verbal level; they are tied to the mast of globalization by the attractiveness of achieving high real income through consumption of cheaper goods. Thus, the right-wing opposition should not be, in my opinion, taken seriously in matters of policies.

I will mention only briefly the other two narratives. The geoeconomic narrative looks at globalization through the bellicose eyes of national interest. It is not an attractive approach, but it is internally consistent. For its adherents, there is no such a thing as a good or bad globalization. There is only a good globalization for the United States or a bad globalization for the United States (or any other given country). This allows them to shift seamlessly from supporting using power to extract intellectual property rights, to using power to prevent sharing intellectual property rights; from being in favor of higher labor standards to being against them.  Thus its total intellectual inconsistency in detail is explained by full intellectual consistency at the higher level.

The last narrative is of the “we [everybody in the world, regardless of nation, income, class, gender, race etc. ] are in the same boat” type. There is not much to say about it except that, unlike any other narrative, it manages to lack both internal intellectual consistency and to be totally fluid in how things should be improved.

So, is it, taking Roberts and Lamb book’s approach, possible to “improve” globalization? The only narrative that shows some promise is what they call (in my opinion, mistakenly) “populist” left-wing. It sees the key problems at the level of national politics, in the national political systems, and it can, at least in theory, focus on these shortcomings and try to mend them. It cannot be, I think, too optimistic on all issues because of the natural propensity of globalization, either through capital movements or trade, to favor cheaper producers, and Western middle class is most often not that producer. But that approach can reduce the political and economic power of the top 1 percent, fund public goods, increase taxes for the rich and large companies, and improve the national political climate.