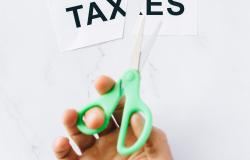 Whatever might be said, it’s not about economics. The seeming fundamentalist belief in the U.S. Republican Party that cutting taxes repaves the yellow brick road to prosperity has been often misunderstood. Research has repeatedly shown that the economic benefits are mixed at best, whether viewed in short-term or long-term perspective. Most GOP leaders know this, yet they persist in making opposite claims. Why?

Now might seem an odd time to talk about the topic of tax cuts. With all the massive federal spending to counter effects of the pandemic—and GOP attempts to slash the scale of President Biden’s stimulus plan—it would seem the boogeyman deficit should occupy center stage. But the truth is that tax cuts will soon return. They will be proposed again (and again) in the wake of rate increases on the wealthy and corporations that the Biden Administration has in mind. They will also arrive, as in the past, with a touch of righteous fervor, as in 2017 when the $1.5 trillion Tax Cuts and Jobs Act was hailed as a “miracle.” That most of the promises made for the law, especially that it would “pay for itself,” turned out to be empty will make no difference to the next round of promises. They have all been made and reversed by reality before. So, again, why this perennial return to a fountain with no water?

Political theater, many would say, and they would not be wrong. While tax cut orthodoxy does have political goals, it is also—and probably more—about the perseveration of an idea. Paul Krugman has called it a “zombie idea,” but he is referring to the orthodoxy itself. While quite fitting to our era’s favor for vampires, demons, zombies, and other projections of identity anxiety, Krugman’s claim lacks something of an explanatory pulse.

It should first be admitted that tax cuts have indeed served two pragmatic functions for the GOP. By consistently rewarding the rich and wealthy most of all, they have drawn many of these people into party’s base, in a period when money has gained an ever-more outsized role in politics. At the same time, the tax cut mantra provides Republicans an easy claim that the party is also on the side of the middle class, who will be able to keep “more of their own money.” As a result, the line goes, the rich will invest more, people will spend more, and the economy will grow more, a win to the third power.

Again, 40 years of analysis do not support this golden goose theory very well, or at all. Such has been widely discussed not only in research journals but in media reports. While there remain conservatives who still argue for “trickle down” blessings, these individuals are recognizable as ideologues unpersuaded by data, facts, and other minor relevancies. But it is also true that the endless, righteous proclamations that Americans are victims of tax-mad Democrats have helped install a more deeply anti-tax sensibility in many parts of the country.

To be sure, anti-taxism has a venerable tradition in U.S. history, including a long-term rise during the post-WWII era. If this began at the fringes, for example with the 1957 version of the proposed Liberty Amendment demanding elimination of federal income and estate taxes, it accelerated during the 1970s and gained much force after far-right GOP activists took over Congress in 1994, bringing tax cuts and anger at the IRS fully into the mainstream.

Even so, accusing Republicans of cynical opportunism in this domain is unfair. While pure strategy is always at work for some, a majority of conservative Republicans have likely been true believers in something more elevated. It helps to briefly revisit the origins of post-war movement conservativism. Specifically, it demands a look at the most accessible and persuasive defense of the anti-tax position ever written.

I refer not to words penned by one such as Edmund Burke or Friedrich Hayek, but instead to a somewhat different type of thinker: Barry Goldwater, whose 1960 book, Conscience of a Conservative, has had a profound and lasting influence on conservative thought and rhetoric. In fact, the book was ghost written by L. Brent Bozell, Jr., brother-in-law and close Yale friend of William F. Buckley Jr. The book essentially is something quite potent—the re-writing of high-brow conservative ideals into a highly effective, everyman discourse charged with emotional demands of patriotic color. For those who knew and admired the senator, as Ronald Reagan did, this rhetoric was the perfect vehicle for movement conservatism, while also retaining the unmistakable sound and fury of the man once known as “Mr. Conservative.”

Conscience of a Conservative was an instant classic. It went through 20 editions in three years and has been said to mark a turning point in American political history, changing “American conservatism from an abstract set of ideas into a practical political philosophy.” Buckley’s own National Review magazine, itself a magnet for young movement conservatives, was aimed at the more intellectually inclined. Conscience was a book of conservative wisdom for the everyman, and it has remained a core reference for the past 60 years. Indications of its continued influence include Krugman’s own 2007 book, The Conscience of Liberal, and Jeff Flake, a more recent Arizona Senator, in a 2017 work that adopted Goldwater’s title in an attempt to separate true conservatism from Donald Trumpsim. Flake, notably, adopts Goldwater, via his “seminal book,” as the standard for what Republicans must preserve.

What, then, does this text say about taxes? Some key lines are these:

[A] man’s earnings are his property as much as his land and the house in which he lives… Any attack on property rights is actually an attack on freedom. It is another instance of the modern failure to take into account the whole man. How can a man be truly free if he is denied the means to exercise freedom? How can he be free if the fruits of his labor are not his to dispose of, but are treated, instead, as part of a common pool of public wealth? (p. 39)

Complex philosophical and economic ideas are here made to sound like unadorned and commonsense truths. Parts of the passage ring of Revolutionary Era speech, while the overall appeal is to a sense of fairness that is under assault. Goldwater (Bozell) states that he is talking about “the moral principles with which…taxation is so intimately connected.” And to make this clear, he uses a trope that would be adopted ever after, arguing that at a tax rate of 30% (typical for middle income household in 1960), “a third of what [a man] produces is not available for his own use but is confiscated and used by others who have not earned it. [By] this measure the United States is already one-third “socialized.”(40)

The entire chapter on taxes focuses on injustice. Goldwater does not talk about public goods and services, building and maintaining roads, bridges, and dams, inspecting food, fighting wildfires, ensuring worker safety, and a hundred other requirements for modern economic activity and security. His true subject is not the country but the individual and what is being done to him. Progressive taxation, which might seem fair, is turned to opposing purpose, called “a confiscatory tax [whose] effect, and to a large extent its aim, is to bring down all men to a common level…and to redistribute the nation’s wealth.”(41). This might sound familiar to 21st century ears.

Much of the book, in fact, is an accusation against liberals and moderate Republicans.   In passages that seem a template for GOP rhetoric since the 1980s, liberals are said to have produced “a vast national authority out of touch with the people, and out of their control…bounded only by the will of those who sit in high places.”(12) Individual liberty trembles in the hands of such “radical” elites who care little for average Americans.

Written at a time of regular bipartisanship, Conscience of a Conservative read like an insurrectionist call to arms. It demanded a ripping apart of the two parties into opposite and opposing camps. Goldwater’s stance was populist (in today’s parlance), setting the people against a broken and greedy state. Beneath its principled tone, Conscience of a Conservative radiates fear and anger, the image of an America threatened within and without. To see this as an invitation to conspiracy thinking would not stretch the truth in an outlandish way.

The point about tax cuts stands out. In claiming that federal taxes were far in excess of what the Constitution essentially allowed, Goldwater felt he was attacking immoral laws against political freedom. This 18th century, anti-Federalist view, though breaking the surface at various times over U.S. history, found its most powerful revitalization in his book. Since then, reducing taxes has translated into a core method of the conservative project to “maximize freedom” (Goldwater’s phrase). Today, this also plays as standing strong against liberalism’s demand that the wealthy “pay their fair share.”

The problem, of course, is that Goldwater was wrong. Continued lowering of revenues to state and federal government has not increased freedom but something closer to the contrary. It has amplified wealth and power for the few, meaning the 1% and also large corporations, who have mostly not shared their tax savings with workers in the form of higher wages. Stagnancy of middle-class incomes has brutally reduced freedom of choice and options for many tens of millions. No less, starving government has caused deep damage by eviscerating public services, impoverishing public education—a key source for equalizing opportunity—and downgrading help for the poor. Creating tax-poor cities and states has also led to an astonishing decay in the nation’s infrastructure, now a national security issue. Overall, tax cutting, as pursued by the GOP, has done its part on behalf of inequity, rewarding the already successful while furthering decay in the nation as a whole.

Nonetheless, Republicans today, I wager, even those who are just playing the game, likely feel a twinge of the holy when invoking “tax relief” for the country. It is, after all, among the truer works of far-right American conservatism.

I am aware that it is hardly fashionable to grant the GOP, in its extremist state, higher ideals of any kind. Yet the party is still made up of human beings who must sleep at night and survive a daily look in the mirror. Ideals, it might be said, if not such elevated ones.

Press Freedom: How Governments are using COVID as an Excuse to Crack Down on the Public’s Right to Know