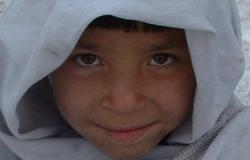 Erik Solheim, Chair of the Development Assistance Committee of the OECD, argues that the large influxes of Syrian refugees to countries such as Jordan, Lebanon and Turkey are proving that traditional humanitarian assistance is ill-suited to support middle income countries in crisis response.

Extreme poverty has been halved in a few decades and most people have never been richer, healthier and better educated. But average global improvements are little consolations for a mother in Syria who has lost her children in bombings or people in South Sudan whose village has been burnt to the ground. Development assistance has been a huge success and contributed to halving child mortality, malaria deaths and other development successes. But the international community needs to step up and improve aid to nations in conflict or struck by natural disasters to make sure that assistance arrives in the right place, at the right time and in the right way.

Development aid remains at record high levels. Yet requests for humanitarian disaster funding have increased by 660% since 2000, exactly ten times faster than the increase in development aid. Aid cannot solve all problems, but it can have a big impact in fragile or war torn states when used catalytically to support peace, strengthen the state and mobilize other sources of finance.

The poorest and least developed nations are often fragile, and their governments have few means at their disposal to deal with natural or man-made crises. When President Catherine Samba-Panza came to power in the Central African Republic after the devastating conflict in 2013, there were little domestic provisions to face the large challenge of restoring peace and stability. Humanitarian assistance helped to provide food, shelter and other acute needs while development aid allowed the government to start providing services, paying salaries to teachers, doctors and public servants to rebuild the state. Development aid must support the political priorities of recipient governments and help to build the state to promote longer-term development. But far too often, donors make individual decisions about who, what, and where to fund without consulting with other donors or the partnering government. Furthermore, almost 90% of all humanitarian aid is earmarked for certain crises or areas, making it very difficult to make sure that responses to crises can adapt to fit a fast changing emergency context. Funding is also highly unpredictable and made on an annual basis, which further complicates planning for future expenses.

Leadership is needed to make sure development aid supports state building and longer-term development. The New Deal for Somalia generated $1.5 billion in development assistance for security and judicial reform under the leadership of the government of Somalia. While still facing many problems, Somalia is improving and a top United Nations official in Somalia recently lauded the progress made to improve security and achieving political gains. In countries where the leadership is part of the problem, regional actors and the international community must come together to support a common agenda. A political solution in war-torn South Sudan can only be found when China, the EU and the US put funds and political pressure behind a common peace initiative led by neighbouring countries.

Not only low income countries face fragility and conflict. More than half of all humanitarian funds requested this year were for middle income countries. Crises in these states pose different challenges than in the poorest and most fragile nations: their governments are much more capable to deal with disasters and shocks, but they often have limited access to funding. Turkey, Lebanon and Jordan have been hugely generous to Syrian refugees and host more than 3.5 million people between them, but they have had to divert considerable domestic resources to financially support these immigration influxes. This is not right. We need to think about how to better support middle income countries in times of crisis – and we need the right aid tools to do it – tools that don’t yet exist.

Development aid could be used effectively to mobilise more private investments to support the economy in general. Lebanon’s economy was badly affected by the civil war in neighbouring Syria. Syria once received a quarter of all Lebanese exports, but foreign direct investments to Lebanon dropped by more than 40% in the first three years of the conflict. Aid can also be used to reduce corporate tax evasion and mobilise more domestic resources through taxation. The United Kingdom for example has assisted the Palestinian Authority to increase their tax revenue by funding the local tax authorities.

Armed conflict is a devastating form of crisis. Not only are the human costs terrible, but a civil war in Africa is estimated to cost as much as 30 years’ worth of development. One of the best things we can do for development is to prevent wars or end them as soon as possible. But conflicts are often protracted and last a long time. Most of the top 20 recipients of humanitarian assistance have been in crisis for the better part of a decade. We must find ways to end conflict, provide more reliable and effective humanitarian responses, and use development assistance to support peace and political settlements.

Erik Solheim is Chair of the Development Assistance Committee of the OECD. To read the full report this post is based on, please click the link below.

The Changing Face of Aid