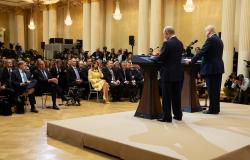 Gregory Stiles, Editor of Global Policy: Next Generation, explores the re-awakening of the bilateral-summit model in international politics.

The recent summit meeting between Donald Trump and Vladimir Putin in Helsinki has come to reinforce the perception of egotistic world leaders using bilateral meetings to solve intractable international issues. Coming on the heels of the groundbreaking North Korea summit, the stage has been set for a new norm of political drama that exemplifies turbulent international relations.

The bilateral meetings of world leaders in order to deal with seemingly intractable international issues is not a new development for modern times, but the re-awakening of a format for global policymakers that has an extensive history of both success and failure. From the Vienna summit between Khrushchev and Kennedy, to the Reykjavik summit between Reagan and Gorbachev, these intimate meetings have shown how informal conversations between leaders and diplomats have played a decisive role in shaping history.

Faced with rising international tensions, therefore, policymakers around the world are seeking resolutions to issues ranging from tariffs to global warming, and looking for ways to break through the inertia and opposition of intractable vested interests and political opponents. The question remains then, are these bilateral summits signalling the demise of the contemporary multilateral order, or are they shaping the new future of global policymaking?

The importance of relationships

The history of the Group of 7 (G7) and the Group of 20 (G20), as informal gatherings of the world’s most influential leaders, suggests that a newer form of multilateral order can provide a format for progress on some of the world’s most intractable issues. Yet it is the space provided by these summits for more informal ‘fireside chats’ between leaders that provides momentum for breaking through the knotted formal diplomatic processes seen in the United Nations and making substantive progress on challenging issues.

Importantly, however, these conversations are rarely the place where detailed policy discussions occur between leaders. Instead, these ‘fireside chats’ provide an opportunity for leaders to look each other in the eye and begin to develop relationships built upon mutual trust.

Research highlights how the bilateral-summit model can be key for the development of rapport and trust between world leaders at the nadir of international relations. Intimate one-on-one gatherings, therefore, do have the potential to provide not only diplomatic breakthroughs, but also policy advances. Developing a personal rapport between world leaders provides global policymakers with an opportunity to see groundbreaking change in international affairs.

Despite these potential benefits, this reawakening of interest in bilateral informal meetings between world leaders raises a conundrum for policy-makers. There is a risk of overemphasizing the importance of informal meetings for trust building between leaders; doing so can obscure the behind-the-scenes processes of negotiation and preparation that occur prior to successful summits.

The role of ‘sherpas’ or expert government officials in deliberating and testing policy ideas between states, as a precursor to the bilateral photo opportunity, is both an underestimated and overshadowed process of political manoeuvering. The importance of these preparations to the ultimate meeting between heads of state places a different emphasis upon the transformational effect of informal dialogue between world leaders.

It would be wrong, therefore, to dismiss the importance of traditional formal diplomatic practice in laying the groundwork for bilateral summits, yet it would also be detrimental to dismiss the importance of world leaders meeting to develop a level of trust that can potentially provide a policy breakthrough. The recent summit between the leaders of Iran, Turkey and Russia regarding the fate of the Syrian conflict is a case in point. The lack of trust between the leaders, and the lack of deliberate compromise and preparation beforehand led to a summit that generated headlines, but little else.

Going forward it is important for policymakers on the international scene to remind themselves that the role of informal ‘fireside chats’ between state leaders plays a dual role. The development of trust between heads of state can lay the important foundations for further negotiation and policy discussion between government officials, providing potential long-term policy benefits to intractable global issues. Yet it remains the prerogative of leaders to provide that final breakthrough in policy discussions during bilateral meetings.

If policymakers around the world wish to push towards policy solutions to some of the most intractable global issues, then the opportunities afforded by these bilateral summits should be at the forefront of both policy design and negotiation. Yet the importance of patient preparation and long-term thinking in regards to the summits laying the groundwork for further deliberation, rather than short-term solutions, should always remain a key factor in the design and usage of summitry.

Disregarded by many as potential pantomimes for potentates and media gluttons,  the summits should not be underestimated as opportunities for breakthroughs in global policymaking. If history has anything to teach us, it is that some of the largest and most intractable issues facing the world have been resolved in small rooms with large fireplaces.

Gregory Stiles is Editor of Global Policy: Next Generation.