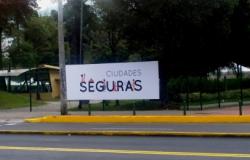 Two days into the Habitat III conference public space (natural and built) has been discussed in terms of its importance for equitable, healthy, sustainable cities - making them better, more accessible and inclusive places to live in. The value of public space has been discussed with regards to its potential for recreational and commercial use (especially for the poor) as well as well-being and social cohesion.

In short, the message at Habitat III has been that public space matters. This is appropriately reflected in the New Urban Agenda. In particular, point 35 is a commitment to:

One might argue that the importance of “safe, inclusive, accessible, green, and quality public spaces” is not particularly contentious. However, central to Habitat III is the discussion among stakeholders on how to actually implement the New Urban Agenda. In this regard what is tricky is thinking about how the commitment on public space can actually be realized in our cities.

Where I am from (South Africa), safety is the primary threat to “inclusive, accessible, green, and quality public spaces”. Public spaces in South Africa, and arguably elsewhere, are not accessible (and therefore not inclusive) because they are not safe. Instead, they are often perceived and experienced as dangerous, especially for women.

The response to the insecurity of public space in South Africa (and potentially elsewhere) is securitisation (often private) and increased use of private spaces like malls and gated communities. As Laura Petrella of UN-Habitat pointed out in the particularly relevant session on ‘Public Space for More Inclusive, Accessible and Liveable Cities’, instead of addressing insecurity in public spaces, the increased use of private space threatens the very place for public space in our cities, and entrenches alienation rather than facilitating inclusion.

So how do we then make public space safe? I asked this question in a session on ‘Large Green Spaces and Urban Forests, Key Public Infrastructure for Equitable, Healthy and Sustainable Cities’. The question came after a discussion of two best practice case studies on green public space: the Cheonggyecheon Stream Restoration Project (where a highway in a Seoul was lifted to restore a river and turn it into a park in a business district) and the Stockholm Royal National City Park (a green space that runs from the centre to the periphery of Stockholm). “Great!” I thought, “but how would one make such big public green spaces in South Africa safe?”.

The first answer from the panel to my question spoke to the importance of buy-in and cooperation from local officials. “Does this mean posting policemen (or G4S) all over parks streets?” was my first thought (somewhat filled with concerns about local capacity, sustainability and securitised, fear-based cities).

Then came the second answer from Patricia O’Donnell of International Council on Monuments and Sites who explained the importance of space maintenance for actual and perceived safety. She argued that while anti-social and illegal activity is often focussed in spaces that are degraded or seen to have little positive use, lighting and surveillance do not equate to safety. For example, according to O’Donnell, well-lit spaces with no activity experience the highest incidents of vandalism. On the other hand, having more people using high quality public space produces both perceived and actual safety. High quality public space invites use, and human activity is indicative of safety, while simultaneously deterring dangerous behaviour. In this way we associate other people as sources of, rather than threats to our safety.

In the context of urban development (in places like South Africa) that isolates us from other people through high walls, electric fencing, personal security guards, security complexes, gated communities, private transport and malls, it was significant for me to hear an implementation approach for safe public space rooted in interaction with, or at least around, other people.

This perspective, however, was extracted during a question and answer session and it does not appear in the New Urban Agenda. The New Urban Agenda speaks to the need for governments to commit to safe urban spaces, but not the means through which this should be achieved. This poses a threat of governments resorting to private securitisation of public space. In doing so inclusivity and accessibility of public space is undermined through the framing of people as causes of rather than solutions to insecurity.

As the week unfolds at Habitat III and nation and local governments, non-governmental organisations and policy professionals discuss ways of implementing the New Urban Agenda my attention will be turned towards debates on people-centric solutions for safe public spaces.

Cara Mazetti Claassen (@Cara_Mazetti) is studying towards a Master’s in Cities and Global Development. Her focus at the conference is the New Urban Agenda's mandate for inclusive cities with regards to immigrants, migrants and refugees. In addition to this she will be exploring South Africa's new strategy for informal settlements, public spaces, and security in the city. To keep up to date with the GLI team’s commentaries and policy pieces from HABITAT III, or for outputs by GLI teams at other international events please see here.