“The most important relationship”: Kissinger on China…and America 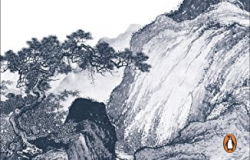 On China by Henery Kissinger. Penguin Books, 2012
Henry Kissinger’s “On China” (Penguin Books, 2012) is a magisterial book. Although it deals almost entirely with China, it contains many valuable lessons for foreign policy in general, and US foreign policy in particular. I will come back to that in a moment.
The book is divided in three parts.  In the first, Kissinger provides a bird’s-eye of China’s history with the emphasis on the “century of humiliations”, a period of China’s impotence towards the West, Japan and Russia which still strongly colors Chinese attitude toward foreign powers today. In the second part, Kissinger describes the Sino-American rapprochement in which he has, famously, played such a big role. Not only is the discussion of the diplomatic minuet into which the United States and China engaged before the first serious contacts were established riveting, so are transcripts of the conversations with Mao and Zhou Enlai, and Kissinger’s assessment of the two. The third part deals with Dengist and post-Dengist China when Kissinger played the role of a senior statesman and trusted intermediary between the two governments but no longer participated in  active policy formulation. It is there that Kissinger tries to distill the lessons for the conduct of US policy toward China, and where he provides a hopeful, but ultimately very somber, and at times even dark, assessment of the likely path the relations might take.
The book is self-limited in three ways. First, it is self-limited in Kissinger’s obvious reluctance to explicitly criticize US government policy toward China. The first slightly negative mention of US policy appears only on page 131, in regard to Eisenhower. Even when the assessment is strongly negative (as in the cases of Reagan’s and Clinton’s administrations) it is couched in a very nuanced, diplomatic language; it is stated with an almost Chinese indirectness and some veiled sarcasm.

The book is self-limited also in the detail with which Kissinger’s active role is discussed. The reader has the impression that Kissinger could have easily written hundreds of pages on his meetings with Mao and Zhou (as, other than on his memory, he can also rely on voluminous documents and transcripts of the conversations) but chose to be very concise.

Finally, the book is self-limited in that it deals with China only. Other “players” like Vietnam, Cambodia, the Soviet Union, India etc. are mentioned only when related to China. Europe, interestingly, since it had no political role in the China rapprochement, is entirely absent.

The book is suffused with admiration for the Chinese way of conducting diplomacy and one has at times the impression that Kissinger might have preferred to be a Chinese rather than American negotiator. As he wites, the West might have at times exaggerated the sophistication and depth of Chinese interlocutors—so he is aware of that possibility but it hardly affects the content of the book. Not surprisingly Zhou Enlai takes the pride of place:

In some 60 yeas of public life I have encountered no more compelling figure than Zhou Enlai…Mao’s passion strove to overwhelm the opposition. Zhou’s intellect would seek to persuade or outmaneuver it. Mao was sardonic, Zhou penetrating. (p. 241).

The picture of Mao who “would deal with his interlocutors from Olympian heights as if they were graduate students undergoing an examination into the adequacy of their philosophical insights" (p. 448) is less clear, despite many direct quotes from the conversations. Although Kissinger never says so, Mao at times even comes across not as a God who has descended from up above to spend some time with humans, but perhaps suffering from an inferiority complex as when he tries to display his broad-mindedness by ridiculing his own revolutionary slogans. I do not think that a serious politician should do that—unless he wants to kowtow to his interlocutor.

Deng was, of course, very different from both Mao and Zhou. His “acerbic, no nonsense style”, his “disdain for the philosophical in favor of the eminently practical” (p. 324) sets him apart. He busied himself by looking at how many meals should train conductors take, not with more lofty matters. He ruled entirely behind the scenes: “Deng held no major office; he refused all honorific titles; he almost never appeared on television, and practised politics almost entirely behind the scenes. He ruled not as an emperor but as a principal mandarin” (p. 334). And in a interesting detail, Kissinger mentions that the last foreign visitor whom Deng has met was Brent Scowcroft in 1989 (after Tiananmen). Deng spent the last several years of his life (he died in 1997) living as a recluse—an image of Deng that those who have seen him on TV screens bouncing with energy even in the his 70s have a hard time to conjure. After his death, Deng was cremated and his ashes disperses into the sea—in strong contrast to Mao.

The last several chapters covering the period of crisis in Sino-American relations after the Tiananmen massacre deal with US policy towards China, but more generally toward non-democratic regimes. Kissinger is politely but no less firmly critical of American establishment’s view that peaceful relationships are possible only with democratic governments:

Americans were insisting that democratic institutions were required to guarantee a compatibility of national interests. That proposition—verging on an article of faith for many American analysts—would be difficult to demonstrate from historical experience. When World War I started, most governments in Europe (including Britain, France, and Germany) were governed by essentially democratic institutions. Nevertheless, [the War]… was enthusiastically approved by all elected parliaments (pp. 425-6).

Moreover, "If adopting  American principles of governance is made the central condition for progress in all other areas of the relationship, the deadlock is inevitable” (p. 452).

American Messianism of universal values which in practical language means that all countries have to adopt the American way and to be included in an international system headed by the United States, comes for criticism repeatedly. China, “a country that for most of its modern period—which in China starts two thousand years ago—regarded itself as the pinnacle of civilization, and that for nearly two centuries has regarded its uniquely moral world leadership position to have been usurped by the rapaciousness of Western and Japanese colonial powers” (p. 511) is unlikely to ever accept such a secondary role in the international hierarchy.

In the practically last page of the book Kissinger cautions American policy-makers that “Americans need not agree with the Chinese analysis to understand that lecturing a country with a history of millennia about its need to ‘grow up’ can be needlessly grating” (p. 546). With Trump administration consciously eschewing the Messianism of universal values in favor of a more realistic (but wrongly executed) policy of national interest, Kissinger’s admonitions have less of a relevance than usual. But, as is likely, the US returns, after next election or the one after, to its traditional Messianism such notes of caution may be more apposite.