The March of the Smart City at Habitat III 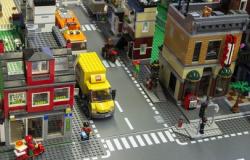 After the smart phone, the smart meter and smart house, comes the Smart City. What is its role in helping politicians and professionals deliver the aims of the New Urban Agenda?

The Habitat III Conference is over and the concept of Smart Cities was given great attention as a tool of implementation. Issue paper 21 was devoted to it, there were numerous events centred around the topic and it figured all throughout the exhibition pavilions e.g. Korea’s national Pavilion was named ‘Korea Smart City’. It even has its own point in the New Urban Agenda, Number 66.

The ‘Smart City’ is at the core of a booming industry – urban services. The Digital Revolution has provided the tools for citizens to innovate and connect in new ways. Expectations have changed and the future city will have to provide very different services to what it used to. Local Governments have had to navigate in a world of suppliers and buzzwords commonly uttered in a sentence alongside ‘smart’ such as: Internet of things, Big Data and Open Data. In this context – what does a smart city do?

The International Telecommunications Union, who were present at Habitat III, define: A smart sustainable city is an innovative city that uses ICTs and other means to improve the quality of life, efficiency of urban operation and services, and competitiveness” ‘Smart City’ concept originated as a technologically driven integration of urban services promoted by service suppliers. It is now being adopted by city makers and in order to reflect the realities of cities it needs to acknowledge its main components – the citizens.

The mayor of the Spanish city of Santander - Iñigo de la Serna - provided a case study which aims to adopt the technological approach. Four main points in the implementation of a smart city were presented: Building the infrastructure of information technologies – fibre optic networks, sensors etc.; Creating a central ‘brain’ of the city to analyse the information; Developing a reflective intelligence of the city which provides a real-time response to events and dispatches the correct service; And ultimately, predictive intelligence – the ability to use data to predict and prevent problems before they occur. Santander has been moving in this direction rapidly. Together with the University of Cantabria the municipality has been using the city as a test bed to play with network capabilities and data optimisation. And whilst this view is in sync with some of the major players in the world of technology, it could miss the point of what a city is – a place for people.

‘Smart’ has become a brand connected exclusively with technology. At the conference an intelligent city was described as an adaptive city, a city that aims to be efficient, one that uses its prime resource – its inhabitants. Citizens should be at the core of the smart city and this topic was recognised in several side events.

Charbel Aoun from the UK based Future Cities Catapult summed up the trend - innovation is starting to be seen as a bottom up process and not a top down implementation. Technical expertise is dispersed throughout the population; it is no longer a restricted skill. Smartphones and low cost sensors are commonplace and network based solutions can emerge overnight. It is in this context that Mikko Annala from the think tank DEMOS Helsinki presented his concept of the ‘Smart Retro’ – upgrading existing assets and communities with technological solutions to enable them to be more efficient. Citizens are seen as co-creators and empowered to change their own environment. Some projects were unique others scalable but the key was that innovation did not require institutional or commercial input in most cases. The power balance is shifting and city authorities must wake up to this transition before the train has left the station.

Technological progress should be utilised where appropriate and what came out of the conference was the sombre attitude that it is not a panacea but rather a tool amongst many. In following the implementation of Smart City initiatives three main challenges emerged:

The uptake of Public-Private Partnerships will be crucial. Smart Cities require business skills and technological expertise to work together with city planners and urban professionals. This sentiment was echoed by Anteverti – a Barcelona based consultancy that has been an early propagator of the concept. The Smart City Expo organised by them serves as a melting pot for city managers and professionals to engage with the existing knowledge.

Open Data emerged as the second challenge. If cities are to offer the generated data of their citizens, privacy boundaries must be established and standards developed around it. Moreover, businesses need to also acknowledge that this is the way forward and open their own commercial data. Checks and incentives must be put into place for them to do so, however, an open data field from both sides will create an invaluable boost for innovation.

Finally, digital leadership needs to be acknowledged by city governments. Many cities do not assign resources or do not have the expertise to lead in digital initiatives. It is important, therefore, for city officials to fill that gap. Cities that have created such departments can show a concentrated effort in engaging businesses and citizens, coordinating the emerging network of innovation.

Smart cities, green cities, sustainable cities, walkable cities, eco cities, garden cities are all concepts that aim to better the life of the city’s inhabitants. And whilst it is important to keep pushing the boundaries, there was a humble reminder at the Special Session that some cities cannot provide basic services let alone look towards a full network integration. Through citizen participation and low cost of technology the smart city concept can push innovative urban development in the developing world that leapfrogs our current understanding of how cities evolve. The Habitat III conference acknowledged the uncomfortable discourse in a field where most of the parties concerned were looking ahead from the cosiness of European and American cities.

Simeon Shtebunaev (@Aleandar) is a dual Master’s student in Architecture and Town Planning. He will be covering the engagement of the New Urban Agenda with local and sub-national governance, specifically relating to Smart Cities and Cultural Heritage.