Activism, Not Global Climate Summits, Is the Answer to the Climate Crisis 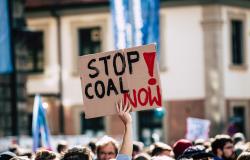 In response to COP26, C. J. Polychroniou argues that we cannot rely on summits to solve climate change. Instead, radical and legal activism are the best hopes for our future.

The outcome of international climate summits hasn’t changed over the last few decades. The task of forging a global consensus on transformative mitigation strategies to the climate emergency somehow always eludes the participating parties, and the result is to keep kicking the can down the road as if to say, “let future generations take care of the problem.”

Unfortunately, in spite of being touted as “our last best hope,” the COP26 climate summit in Glasgow ended up being just another big flop, thus confirming the position of Democratic US Rep Alexandria Ocasio-Cortez that people shouldn’t expect international climate summits like COP26 or governments to solve the climate crisis.

Indeed, the only hope for solving humanity’s greatest existential crisis lies with our ability to mobilize people behind the global climate movement.

The outcome of COP26, a great “compromise” between moderates and reactionaries, does very little to slow the pace to the precipice. The final document, called the Glasgow Climate Pact cma3_auv_2_cover decision (unfccc.int), made no progress with regard to existing  national plans to cut emissions by 2030, which are highly inadequate to limit warming to 1.5C. In fact, as things stand, the planet is headed to a disastrous 2.4C of heating. And only very naïve souls can gain comfort from the fact that the pact obliges countries to return to next year’s COP with revised targets.

Fossil fuels, which supplied 84 percent of global energy in 2020 Fossil Fuels Still Supply 84 Percent Of World Energy — And Other Eye Openers From BP’s Annual Review (forbes.com), will continue to dominate global energy consumption. The power of the fossil fuel producers is apparently too strong to counter in diplomatic negotiations over the future of the planet.

Moreover, nothing was done in relation to the issue of climate finance, and rich countries have failed to honor their pledge of providing $100 billion each year by 2020 to help the poor nations deal with the threats of global warming. In the meantime of course, climate debt grows exponentially.

In sum, decarbonization remains a distant dream in spite of the pressing need to do so almost immediately in order to keep temperatures from rising “well above 2C.” At COP26, amazingly enough, even coal, the dirtiest of the fossil fuels and the single largest source of global temperature increases, received a mere slap in the hand as India, with the backing of China, succeeded in changing the wording of an earlier draft from “phase out” coal to “phase down.”

All this while there is a near unanimous consensus among scientists that global warming is caused from human-produced greenhouse gas emissions and that the climate crisis represents humanity’s largest existential crisis.

If COP26 participants were really serious about solving the climate crisis they should have made, at a minimum, the following pledges:

Instead, we got mostly a lot of “blah, blah, blah” and more inertia.

But why the persistent failure among governments in putting the world on a sustainable climate pathway?

Yes, the existential crisis of global warming must be addressed in a world occupied by mainly egoistic and highly imperfect creatures; where the nation-state remains the primary political unit; and with an economic system in place that is driven by the maximization of profit and the exploitation of natural resources. Under neoliberalism, in particular, nature is being destroyed at unprecedented levels, while “the average global temperatures have risen relentlessly.”

But, alas, it’s not all so difficult or hopeless as the international climate summits make it seem. We have made some progress in the fight against global warming. Cities worldwide are at the forefront of climate action, thanks to grassroots activism. The majority of European cities have already committed themselves to reaching carbon neutrality by 2050, with 12 of them before 2040.  In California, a project of building a clean energy infrastructure and reducing emissions by 50 percent as of 2030 and achieving a zero-emissions economy by 2045 has been endorsed by nearly 20 major unions across the state.  In the Ohio River Valley, ReImagine Appalachia, a broad coalition of individuals and organizations, is laying the groundwork for a post-fossil fuel economy.

Activism is indeed the key ingredient behind the support for green transition programs, and even some major legal victories have been won in the fight against global warming. European courts sided with activists in their effort to put an end to logging in an ancient protected forest in Poland, driving bans have been enforced in some of Germany’s inner cities, and a Dutch court ordered oil giant Royal Dutch Shell to cut its greenhouse emissions by 45 percent by 2045.

Thanks to activism, judges refuse to leave issues about climate and the environment totally in the hands of policymakers.

This is a trend that will most likely increase in the years ahead as  international climate summits and governments fail to take the drastic measures needed to for the planet to avoid a climate catastrophe.

As such, revolutionary activism is indeed our last best hope to keep humanity from returning to barbarism on account of the potential collapse of civilized social order due to a climate apocalypse.

In practice, this means turning every city and every town in every major country around the world into a stronghold of the global climate movement. This is the only way that the “general will” can be enforced on the powers-that-be.

C.J. Polychroniou is a political scientist/political economist, author, and journalist who has taught and worked in numerous universities and research centers in Europe and the United States. Currently, his main research interests are in U.S. politics and the political economy of the United States, European economic integration, globalization, climate change and environmental economics, and the deconstruction of neoliberalism’s politico-economic project. He is a columnist for Global Policy Journal and a regular contributor to Truthout as well as a member of Truthout’s Public Intellectual Project.

The Iranian Protests: Change may not be immediate but is inevitable

Export finance and the green transition