The U.S. National Security Strategy: The Need for an Alliance in Europe 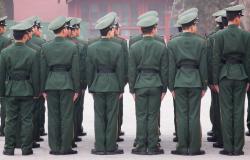 Matthias Wasinger elaborates on the essential requirements-based approach towards “America First”, contradicting “America Alone” due to the strategic environment.

Since the election of President Donald Trump, the United States of America follow both in strategy and in policy the dogma of “America First”. The President, in particular, uses every given opportunity to outline a growing lack of willingness to overtake other nations' responsibilities, especially when it comes to security issues. Specifically, in Asia, a perceived disbalance when it comes to sharing the financial load for the U.S. force posture became a topic recently. However, not only in Asia, the United States of America feels unfairly overburdened by costs as well as by required troop contributions to allied operations, due to partner nations' reluctance to invest in their Armed Forces. During the NATO summit in Brussel, the President of the United States addressed the alliances’ requirements when it comes to increased defense funding and capability building. Publicly, Donald Trump even questioned the benefit of NATO to the U.S. in its current status. Although the alliance could outline the increased funding, a plus of 130 billion U.S. dollars, of member states during this year's NATO summit in London, critical voices still criticize lacking balance in defense invests. Hence, if there would not be any benefits, why still to push so hard for increasing defense invests up to 4% of the respective ground domestic products? An analysis of the NSS allows a better understanding of the agenda behind the apparent policy and how the U.S. plan to counter existential threats.

The NSS and its implications for NATO in Europe

The NSS mentions four required Ends, potentially leading in sum to the End State of “America First” by employing all Instruments of National Power:

Achieving these Ends has to be understood as crucial to reaching the End State. National interests are by word three times mentioned in the NSS, and wording matters since documents of that importance are supposed to have a specific effect in the information domain. In the introduction, the competitive world, but namely China and Russia, are perceived as attempting to erode national security. Outlining that bullet already at the documents’ very beginning gives these challenges an overarching character. The second time, the trial to hamper national security interests is described under the End (2) mentioned above, when it comes to promotion and protection of the National Security‑Innovation Base. It addresses China, undermining the United States’ Innovation Base with industrial espionage, low-cost production, and economic/industrial competition, as well in Europe. The last time, challenges to national security are mentioned linked to End (4), in particular when it comes to the importance of having allies and partners. Linked to the section about regional assessments and Europe, Russia and again China are mentioned as hampering the achievement of that goal.

The NSS addresses four state actors as potential opponents. When clustering them, the People’s Republic of China and the Russian Federation appear as the main threats to U.S. national security interests. In contrast, the Democratic People's Republic of Korea and the Islamic Republic of Iran are only mentioned in a regional context. North Korea and Iran can be understood as "proxy-adversaries". North Korea is to be understood as China's extended arm and presents; therefore, South Korea's main threat. Iran remains on the U.S. agenda as an opponent since it is the arch-adversary of the Kingdom of Saudi Arabia, an American partner, based on strategic and economic interests.  In consequence, perceiving North Korea and Iran as threats is more an outcome of vital interests than a menace itself. One cannot claim the same for China and Russia.

This year's NATO summit in London was far more focused on Russia. Whereas China was mentioned as an actor, presenting both opportunities and challenges, Russia was addressed as the main adversary due to its aggressive behavior. North Korea and Iran were not even stated by name as potential security threats.

The People’s Republic of China, obviously the upcoming primary opponent, does even more by attacking America's economic source of strength. China pushed into all relevant markets for the United States of America, such as Asia itself, Africa, and, most importantly, Europe. Although continuously and heavily criticized by President Trump for lacking emphasize when it comes to investments in its military forces, Europe and especially the European Union are a significant economic player. Saturating the European market with Chinese goods reduces possible U.S. American benefits and endangers, in consequence, the increase of U.S. prosperity and deteriorates its influence.

Additionally, China binds the U.S. as well as allied and partner forces in Asia and the Pacific in general terms. Vice-versa, China perceives the United States of America as its primary opponent on its way back to hegemonic power. In consequence, both sides acknowledge each other as the principal adversaries.

Things are different when it comes to the Russian Federation. Russia explicitly mentions NATO, not the U.S., a significant security threat in its NSS. The expansion of the western alliance towards and even beyond the former borders of the Soviet Union triggered aggressive, offensive, and even expeditionary military operations focused on re-establishing the international perception of Russia being a significant global player. These activities overlap economic interests. The Russian Federation is one of the leading exporters of energy to the European Union. Especially the younger NATO member states on its eastern flank are still having close economic ties to Russia. Combined with an ethnical Russian population in these states, those ties are an enabling factor to maintain a status of fragile stability. Russia remains an opponent for the U.S., but with a regionally limited impact in the framework of NATO.

Military implications and the relevance of NATO in Europe

The People's Republic of China is not on its way towards a perception of being a significant global player. Its ambition is to become the new hegemon. To get to the End State of “China Above” – so, even more than just “First” – it employs all Instruments of National Power in a coordinated way and on a long-term perspective. The totalitarian government is not challenged by the need to win democratic elections regularly.

In consequence, constant growth is based on long-lasting plans. Economic growth goes hand in hand with increasing military capabilities. Although traditionally a Land Power, China is forcing an impressive naval program. The "String of Pearls" in the South China Sea is to be understood as a substitute for the aircraft carriers still to be built. On its way to new military strength, it uses emerging technologies and domains such as Cyber and Information.

Nevertheless, China's geostrategic position limits its urge for expansion. Contained by Russia and India, a Sea Power like the U.S. could efficiently complete the geographical encirclement. The flow of finance and industrial goods, as well as Information, can hardly be controlled; but Sea Lines of Communication can!

The Russian Federation seems to be on its way to gain global powers’ perception again.  Traditionally a Land Power, Russia, is dedicating the vast majority of military invests to the Land Forces. Also, Russia advanced its Air, Naval, and Cyber capabilities to foster its national defense posture and enable limited expeditionary operations in President Putin’s era. Its latest combat experiences facilitated the Russian Armed Forces’ capability building in Ukraine and Syria as well as by the re-introduced yearly large-scale exercises, including other member states of the Collective Security Treaty Organization (CSTO) plus China. The idea of inferior Russian Armed Forces, poorly equipped and trained, seems to be as historic as the Soviet Union.

Nonetheless, military investments and modernization efforts of such quantity and quality require a stable economic base. This prerequisite got severely affected by international economic sanctions as an outcome of the Crimean campaign of 2014. To mitigate their impact, Russia got more and more reliant on Chinese economic support as well as on bilateral agreements with European states. Especially the former Soviet Republic in the Baltics, nowadays, all NATO members, are of utmost importance as points of entry for economic goods from and to Russia. Its interests in this area are therefore morefold; the core is the economic hubs in the Baltics, ethnical minorities are facilitated as a lever, and the military is the means of the last resort to achieve national goals. Russia is a Land Power. Its economic strength is based on open Land Lines of Communication. Deterring or containing Russia means, in consequence, employing Land Forces.

China first, Russia always – but by others!

The core interest of the U.S. is economic growth. It is the precondition for all Ends, as mentioned in the NSS. Targeting a European market, independent from China, while setting the conditions for European Armed Forces deterring the Russian threat on their own, frees U.S. military capabilities to contain China. Reducing China's access to the European market reduces its economic power and influence, which will lead to slowed down military capability building. That supports U.S. military supremacy even more.

One of the main challenges on this path, especially outlined in EUCOM Posture Statement, is the still existing European reluctance to carry the “defense burden” on its own, at least from the U.S. point of view. It is less the lacking invest of European NATO allies in their respective Armed Forces that is of concern for the United States of America. Moreover, European military capabilities that are insufficient to deter Russian aggression cause in consequence American forces fixed in a theater and potentially destined for a large-scale combat operation against a Land Power that none of the respective sides wants, conducted in an economically highly developed and prosperous area of interest for all global players. In this regard, President Trump pushing for higher defense expenses in Europe emphasizes one fact: The United States of America needs active European NATO partners prevailing the continent and preventing Russian aggression. To get to this point, NATO in Europe needs to overcome two strategic challenges: (1) sharpen the profile against the European Unions' Common Security and Defence Policy, especially when it comes to dedicated forces and capabilities. Duplicities create financial inefficiency, supporting in consequence (2) overarching national interests, superseding shared goals. The core element of NATO is collective defense, based on joint efforts towards common objectives. The challenges mentioned above contradict the purpose of NATO. A clear direction of the alliance's efforts towards a defined objective as well as coordination and synchronization with the European Union as a supra-national player is critical to overcoming these challenges. In this regard, especially the increased cooperation with the EU was outlined during the NATO summit in London.

The U.S. military power is based on its Naval Force. Eleven aircraft carriers are the back-bone of its capability to project power, keeping conflicts away from the continental United States of America, and ensuring free Sea Lines of Communication, a source of economic power. The secondary tool of military engagement is the U.S. Air Force, establishing and maintaining Air Superiority and conducting global strikes. By rule, the U.S. prefers to use all means of national and military power against a conventional adversary before employing its ground forces. The People's Republic of China could be isolated without engaging Land Forces, using the American way of war.

In consequence, “America First” means dealing with “China Above". This threat cannot be addressed by "America Alone". Although still heavily criticized by their President, the United States of America need their NATO allies in Europe to be able to focus on its real and even more suitable adversary, the People’s Republic of China.

Matthias Wasinger, Ph.D., is an Austrian Army officer. The views contained in this article are the author’s alone and do not represent the views of the Austrian Armed Forces, the Austrian Ministry of Defense, or the Austrian Government.