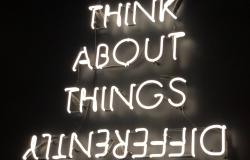 I believe that everyone can remember the turning points in their ideological and political evolution: these are moments when the entire world of ideas and preconceptions one has built over the years crumbles.

I thought of three such events. I remember them with utmost clarity.

I was in high school in Belgium during the Vietnam war. The whole atmosphere, from the school to newspapers, was suffused with anti-imperialism, and condemnation of the war. Being against the war not only seemed so normal that I had hard time imagining people who would be in favor of it, but, being a good young Marxistant, I assumed that the only people who could support killings of thousands of Vietnamese peasants must have been those who had an interest in the continuation of the carnage, namely capitalist financiers and the US ruling class.

The new, young and smart English teacher in our high school decided that we would learn English better if she would bring every week an issue of The Time or Newsweek magazine to read in class. It was a great success. She would then give the issue to a different student every week to take home and read. One time I was lucky to be given the magazine.  On the way back home, I opened it and saw a big photograph of Nixon visiting either Chicago or Detroit, and being greeted by hundreds of construction workers sitting on the scaffoldings, waving small American flags, cheering and supporting Nixon’s Vietnam policy. For a while I could not believe what I saw. I must have spent an hour or more (my walk back from school to home was about 40 minutes, and I was almost always walking alone), scrutinizing the picture: was it staged, were these people real workers or perhaps CIA operatives placed there to wave the flags? I thought of all these possibilities, very pleasing to my ideological beliefs, but still could not fully accept them. It did seem, as the article claimed, that Nixon’s reception was genuine and that the American working class was in favor of the war. I could not understand how that ideological “impossibility” could have happened. I was not able –a 17 year-old—to answer that question, but it remained like a big unresolved issue for a long time in my life. I was at the time of my first ideological doubts.

In the 1980s the political situation in Yugoslavia was getting steadily worse, the recriminations between the republics more vociferous, the nationalist expressions of sentiment which in the past would be considered “hate speech” and drive the perpetrators to jail, were now commonly and openly voiced. Yet I believed that these were the bad residues of the tumultuous past and of the older generation, many of whom were supporters or collaborators of various Fascist factions. But surely, the young generation I thought –the youth being, by definition, progressive, anti-nationalist, anti-religious etc.—would be different.

With that view  in mind, I asked one day my older friend’s son, who was then in high school (probably of the same age as I was at the time of my first ideological epiphany with American workers), if his school classmates saw through these expressions of Serbian nationalist megalomania and stood for ethnic equality. So I asked him how other students thought of the Albanian issue, and how they believed it may be solved.

Oh, --he replied nonchalantly—we are all in favor of killing Albanians. And solving the problem once forever.

A decade later I lived through the entire period of US hyperpower in Washington: the sole global power attacked, in short order, Panama, Serbia, Afghanistan, Iraq and Libya. I was aware of compete dissonance between reality and the way it was presented in the US media, having worked for the World Bank in transition countries in the 1990s, and especially in Russia. One of the reasons for my book “Income, inequality, and poverty during the transition to market economy” was precisely to leave a factual proof, to document in one place, what happened to poverty, inequality and destruction during the so-called “transition”. I am still very proud of that book, even if it is rarely cited.

I regarded the excesses of American hyperpower to be due to the military-industrial complex and Republican latter-day imperialists. I was not particularly interested in American domestic politics and thought that Democrats had, on the whole, little to do with the renascent imperialism. All of my friends were Democrats and they were sensible and nice people. In 2003, when the war on Iraq was launched I was at the Carnegie Endowment for International Peace, where –in consonance with its name—almost everybody was sincerely pained by what was about to transpire. I happened to be sitting in the office of a highly regarded and influential person who was brought almost to despair by Colin Powell’s fake UN testimony that paved the way to the aggression (and which was playing on TV live at the same time while I was sitting in that office).

So that was my view of liberals when a decade later I was invited to join an email list of relatively influential democratic media persons discussing current affairs. My first foray was based precisely on that assumption: that they were nice anti-imperialist people who cared about peace and the rest of the world. In no time  was I entirely disabused. With a high-level casuistry (since they were very intelligent and well-educated) they defended, and advocated, the most  destructive and murderous policies.

When today I heard of the title of Pankaj Mishra’s new book “Bland Fanatics” I was immediately gripped by its title. These were the people I was dealing with then! They were boring and lived in comfortable suburban homes. They penned most poisonous articles that would lead to the deaths of thousands while sipping Starbucks coffee and glancing from time to time at their daily “to-do” lists left in the morning by their spouse: “pick up the laundry”, “buy the spaghetti”, “call Jim to repair the AC”….Excitedly they would rush to wrap up their writings, reveling in more airstrikes, finishing the last paragraph perhaps too abruptly. For they had to pick up children from school. At four o’clock.

Photo by Ivan Bertolazzi from Pexels