All About That Putin Lynchpin 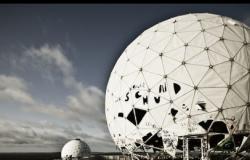 Martha Molfetas argues that the we are at the beginning of a new cold war.

Somehow it feels as if the Cold War never really ended. Normalised relations between the US and Russia suddenly seem like a failed experiment. It’s no longer news to anyone that the Russian government hacked the Democratic National Committee (DNC) and the Republican National Committee (RNC), with the specific purpose of affecting the outcome of America’s Presidential Election this November. This point alone should shock and mortify every American. Information gathered through these acts of cyber espionage were leaked, at least the information that would help put a hitch in Secretary Clinton’s campaign. Information found from the RNC was not released. One has to question if the motive for this is to effectively blackmail an incoming Trump Administration, who is already very cosy with Russia and Putin in particular.

But it isn’t just the DNC hack. While this news story has dominated news in the US, Russia’s actions and alliance with Assad has lead to crimes against humanity in Aleppo, and the harrowing accounts we’ve all seen and heard. These crimes are abhorrent, and Russia, or effectively Putin, has been at the helm. It seems Russia and Putin have been in the epicentre of a lot of recent international news: DNC hack, clear ties to the incoming Trump Administration, Syria’s coordinated crimes against humanity on Syrians, continued conflict and occupation of Ukraine’s Crimea, Sweden now requesting all local authorities to prepare for war with Russia, clear ties to presumed future Secretary of State Rex Tillerson. It’s like Russia is having a Cold War renaissance while the rest of the world tries to normalise relations with them. Just in case anyone was wondering, the year is 2016 and the Cold War ended in 1991.

What is clearly the lynchpin of the escalation of Syria’s conflict and subsequent refugee crisis, Crimea, and the US election is Vladimir Putin. I’m sure others have noticed this, but it is worth saying it over and over. In the backdrop of all these clear violations in international and domestic US law is Exxon Mobil. Exxon had great plans for exploiting Russia’s Arctic oil reserves, a $500 billion deal for Russia. Rex Tillerson as CEO of Exxon pushed through this deal, only to have US-led sanctions against Russia, due to that whole Crimea invasion and occupation thing, thwart the deal.

It doesn’t take much to connect these dots. Russia hacked the DNC and shared information that would hurt Secretary Clinton’s chances of becoming president and help a pro-Putin candidate, while also hacking the RNC and retaining information. Information that could be used at a later time against an incoming Trump Administration to influence future US policy decisions. Donald Trump names Rex Tillerson as Secretary of State, homeboy to Putin and the very person who helped orchestrate an Arctic oil deal with Russia’s Rosneft that has been halted by current US sanctions. Russia gives Syria’s Assad the opportunity to decimate a city and commit war crimes despite years of negotiations for peace with Russia at the table. The Syria crisis has in turn made the EU buckle against inflows of Syrian refugees, encouraging a resurgence in nationalism and extreme far right candidates and policies that are aimed squarely against immigrants and refugees, and somehow coincide with a softened diplomacy with Russia.

One has to wonder if this was all part of Putin’s plan. A weakened Europe willing to look the other way in the face of atrocities, a puppet American President with clear business and personal ties to Putin, and an expansion of their own sphere of influence in the Mediterranean and Black sea by way of Syria and Ukraine – perfect places to launch Russian oil and gas tankers around the globe.

Whether or not all this was closely orchestrated by Putin to yield these consequential results is unclear. But what is definitely certain is that the liberal world order, or what’s left of it, is in a new Cold War with Russia. Something that has likely been years in the making by Russia, and no one really knew about it until this week. We should not take for granted neither our liberal democracies nor the freedoms they have afforded us, and we should not take lightly these acts of war on democracy and humanity.