Trading Up: How Developing Countries can Streamline Import/Export 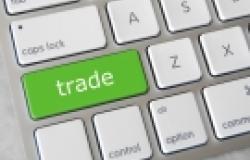 Philippe Isler and Cristián Rodríguez Chiffelle explore what the Fourth Industrial Revolution may mean for developing countries' imports and exports.

The fact that technology is affecting trade is not new, but the velocity, scope and systemic impact on the mechanics of trade represented by the Fourth Industrial Revolution is unprecedented. The profound effects should be felt in every industry and every nation.

But to what extent are developing countries benefiting? Is the digital divide narrowing?

The entry into force of the WTO Trade Facilitation Agreement (TFA) in February 2017 has created more focus on removing obstacles to goods crossing borders in developing countries. Yet it often feels that progress remains awfully slow.

Many developing countries struggle to harness the power of new technologies, as they are often simply not prepared in terms of infrastructure, governance, expertise and legal framework.

Let’s consider the Internet of Things (IoT), and Artificial Intelligence (AI) in a trade context. They make possible the tracking of goods being shipped over oceans and across borders in real time. Atmosphere-controlled cargoes and remote monitoring are making global fruit and vegetable supply chains more secure and transparent than ever. For example, Ericsson and Maersk installed real-time monitoring on 300,000 containers, combined with mobile and satellite communication technology that passes on vital stats such as temperature, location and power supply.

But applying this technology through the long transit corridors of Africa paints a different story. Many governments have adopted the use of smart seals to ensure the integrity of the goods for customs purposes in transit to landlocked countries. This strategy makes complete sense, removing the need for complicated and expensive customs escorts. However, the effectiveness falls short when the data acquired is not properly analysed by untrained officers, when tampering alerts cannot be acted upon due to a lack of interception vehicles, or when suspected fraud cannot be brought to justice due to a lack of an appropriate regulatory framework. What remains is expensive ultramodern technology that does not deliver on promises and frustrates the trading community.

Another example of trade-facilitating technology is e-permitting. Already, standardized electronic data messaging maintained by UN agencies enables countries to exchange electronic sanitary and phytosanitary certificates, such as the ones required for most trade of agricultural products. A globalized, harmonized business-to-government electronic permitting tool would massively accelerate the release and clearance of such goods through customs, and ultimately consolidate technologies such as e-signatures, e-permits and e-payments into a single process. In this domain, blockchain and other forms of distributed ledger technologies are promising to become the next frontier.

Smart shipping contracts – which are agreements between parties – stored on a blockchain platform will perform at great speed the refund of deposits, the payment of taxes and the production of regulatory reporting. When applied to trade finance issues, this technology is expected to bring the paper-based letter of credit process down from seven days to four hours, massively speeding up the interaction between buyer and seller. The middle man that was always needed in the paper-based system will be eliminated.

But document dematerialisation is nothing new. So-called Single Window solutions, aimed at electronically connecting stakeholders to cut down on paper, have emerged around the world for the past 20 years. Nowhere has this been so rapid as in some of the least developed countries looking to leapfrog generations of technology, like the cellular phone did so effectively a number of years ago.

The hard reality is that such government software projects require enormous preparation in terms of infrastructure, capacity, planning and governance. Software can be expensive to purchase, to host, and, importantly, to maintain. It requires stable power and connectivity, all the way to remote border crossings, and it relies on advanced data-management skills to operate.

Add to this, the increasing realisation of cybersecurity risks – especially underestimated in developing countries – and the political exposure when the economy screeches to a standstill because “the system is down”, and you will realise that there is no such thing as plug and play in this domain. A single window breakdown can bring a country’s economy to a halt. Technology alone, without accompanying measures, does not simplify things, it complicates and increases risk.

If we recognise the complexities at hand and act upon them in a disciplined and structured way, technology will eventually deliver, and trade obstacles will be reduced.

For developing countries to utilize technology as an effective trade facilitator, it is imperative that time and resources are spent in establishing the proper infrastructure and processes, in training government officials, and focussing on cost-benefit.

It is essential that technology responds to a defined need, is attuned with financial possibilities to support it in the long term, and is not overpromising. Involving both importers and exporters is essential, as these will be the end users and know about pragmatism and return on investment. When embracing new technologies and embarking on ambitious reforms, care should be taken to ensure safe integration into local environments. There exists no one-size-fits-all solution, and no shortcut to board the Fourth Industrial Revolution vessel on trade facilitation.

Does the Single Supervisory Mechanism Reduce Overall Risk in the European Stock Market?