Parental Leave: Why we Can't Wait a Century for Equal Rights for Women 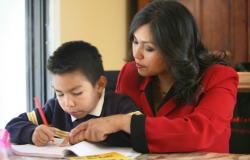 In July, I quit my job to accompany my wife through the final stages of her potentially complicated pregnancy. Our daughter was born in October; thankfully, she’s healthy and happy.

Don’t admire my selflessness – I’m financially secure and I would have left my job anyway down the road as my new business plans evolved. I wasn’t taking a huge risk.

The experience? There were positives, the annoying parts, and the negatives.

The good. I won’t dwell much on what it means for a couple to go through the experience together, to share all the tasks that can be shared, and to watch your child grow day by day: the first smile, the first time the eyes focus on you, the first “ah-goo”. It’s magical.

Somewhat more surprisingly, the time spent together and the mutual support has meant an enormous professional boost for both of us. I’m soon to finalize fundraising for an accelerator for grassroots nonprofits, first of its kind in Switzerland. My wife has been reinventing her career in the philanthropy space, eyeing C-level jobs. We’ve both read dozens of books and learned a ton over the past half-year.

At times, of course, it’s been annoying. It can be hard to dedicate big chunks of time to work alone; the interruptions are constant. You can’t travel much for a while. And sometimes the girl just won’t stop crying and you’re both going to bed exhausted, wondering how in the world single parents survive.

But none of that was really bad.

This was bad: the fact that what I’ve been going through has felt, in one word, normal. As in, this is how parenting in the 21st century should be.

But of course, it isn’t. Not even close. The burden of child-raising is still on the woman. Globally, paternity leave is an afterthought. This is bad, because the data are available, and increasingly clear: When men take paternity leave, women benefit – they end up returning to work more quickly, earning more, feeling better, and the sharing of household duties persists as a pattern for years.

A UNICEF report earlier this year praised a handful of countries, most of them in Scandinavia, for their record on offering paternity leave, and parental leave in general. The data from others is depressing. Switzerland is near the bottom of the list. It enacted a law this year granting fathers two weeks of paid leave. I’ve heard this praised in the media as a “welcome first step”. I’d be more careful, since this begs the question – how long till the “final step”? The World Economic Forum's just-published Global Gender Gap Report 2020 is right on time with the answer: about 100 years, give or take. That’s when we’ll have equality at this pace. But regulation is only part of the problem. It turns out that fathers often don’t take the leave, even when it’s available to them, and this practice is common around the world. You might have taken a look at the graph above and thought, “Well done Japan!” Well, it turns out that only 5.14% of Japanese fathers took paternity leave in 2017.

In some cultures, the belief in equality isn’t widespread to begin with. Those apart, there are three broad reasons why a father might not take paternity leave in a society that thinks itself egalitarian. We’ve already discussed the first one above – regulation. You can’t take what you don’t have. The second is financial, and straightforward – sometimes the bills need to be paid, and there’s not much room for philosophizing.

The final reason the studies quote is the most interesting one. Men around the world claim that taking leave makes them lose face at work. Remaining committed to work, the story goes, makes you look professional and respected by your managers. This strongly contradicts my experience of working in half a dozen countries – people rather respect people with integrity, who stand for what they believe in and convey that clearly, without hesitation or fuss. Sacrificing the interest of your family to serve those of the company might earn you the cheesy, “My man!” and a pat on the back, but that’s not respect.

I don’t think we’re serious about equality yet. Otherwise we would be more upset with all this. In the backs of our minds, we still think child-raising is a woman’s job. Sure, we begrudgingly commit to gender quotas to be met 10-20 years down the road, we draft heartfelt LinkedIn posts and sharp tweets, but we’re not fixing the engine of the system. This is gravely disconcerting, since the moment might pass. Social movements don’t progress inexorably and in a straight line.

Example: in 1865, the American Civil War ended, and so did slavery, in theory. But by 1896 and the landmark Plessy v. Ferguson verdict, African Americans were worse off, categorized constitutionally as “separate but equal”. I fear that the “first step” mentality will take the #MeToo energy and send it on a “separate but equal” trajectory.

When the system doesn’t support the course of action that is both ethically and economically sound, it’s time to change the system. What exactly needs to be done? This: give the same amount of leave to both the man and the woman. At least six months each, a UNICEF recommendation. Oblige them to take it. Then move on to close the gender gap in other areas.

Good examples are popping up in tech companies of all places. Maybe they know something about productivity that we don’t? Spotify offers six months to both parents, no questions asked; their business is doing fine.

For my part, I’m committing some of my time to influencing further policy change in Switzerland and helping fathers take a stand in support of their partners.

Milos Maricic is founder and chief strategist of the Altruist League, a Geneva-based accelerator for global grassroots movements that protect the climate, fight inequality and empower women. He has worked in communication leadership roles in international organizations, notably with the Red Cross Movement. He is an active investor, adviser to nonprofit incubators and financial supporter of movements that push for systemic change. He was educated at Harvard Business School and London School of Economics.