China and India, the “Rising Powers” and their Role in African development: Challenges and Opportunities 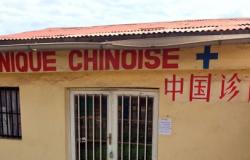 The growing ties between the Rising Powers (RP) of China and India, and the African continent have aroused much anxiety and hope. This is underscored by interaction at and between the global, regional and national levels.

In this context, this post will summarise some of the findings of my recent research which focuses on the nature of the shift in the strategic vision of China and India towards Africa that has occurred in recent years, from politics and ideology, to development. This is illustrated through observations of these relationships as they are manifested in Eastern and Southern Africa - with emphasis on the East African nation of Ethiopia, which as a case study encapsulates the desire of African nations to transform their economies. There are five sections to my analysis:

1.Globalization and the RP

This section covers the emergence of the two RP in the context of globalisation, and how their rise was underpinned by domestic and external forces.

2. The RP and Africa: strategic shifts

This unfolds the evidence for the shift in the strategic vision of the RP from ideology and politics to economic development.

3.The RP and Africa: trade and investment

Elaborating upon Section 2, this discusses the growing ties between the RP and Africa through trade, investment and aid in the frame of economic, political and historical obstacles confronting African nations.

4.The RP and Africa-the national level

This theme is explored in depth. It reveals challenges faced at the national level through the case study of Ethiopia. To do so, here I show the measures employed induce transformation in an economy defined by dependence on agricultural exports, lack of basic infrastructure, poverty, reliance on aid, anxieties over governance, and inter and intra state tensions.

The nature of the relationship between the RP and Africa varies sharply from country to country, set in a historical frame. This is underscored by the economic structure of the countries and their capacity to shift from resource based (energy or mineral) or agricultural economies, to industrial and service centred economies. This, moreover, is intertwined with debates on the role of capitalism in ushering in development in Africa. The ties enable insights into the ways in which the state in Africa is pursuing economic change. The following themes are investigated:

i. Historical exposure to colonialism and post colonial challenges

ii. Developmental priorities of the state and the use of the state (public) and the market (private) towards them.

iii. Trade, investment and aid ties with the RP to pave the way for structural change by:

Ethiopia, as a case study, offers insights into the interplay between African nations and the RP in the context of the structure of the economy and interaction with developed nations and international donors. The nation has been evolving strategic ties with the RP while trying to conform to its own priorities and coping with deep-seated domestic and external pressures. The costs and benefits, both short- and long-term, have to be carefully assessed in terms of the effects on the overall economy and specific sectors. The emphasis on infrastructure, basic industries, moving up the value chain, and more recently on large scale agriculture has to be seen in relation to enhancing competitiveness globally. In the short run it has to ensure sustained growth and low inflation while curbing poverty. The exchange with the RP, if carefully managed, could support such aims, although internal and external tensions, including from external donor agencies (eg. Bretton Woods institutions) to conform to market led ‘models’ of development, have to be tackled.

5. African Visions and the RP

In this final section of my analysis, I captures the ways in which the exchange between the RP and Africa impinges on the latter’s own visions of development in the frame of their colonial and post-colonial history. This requires measures at the global, the regional and the national level to induce structural change and development. It is critical for African nations, individually and collectively, to evolve strategies to bolster their bargaining prowess vis a vis the RP. Relevant issues for further investigation are posed.

Sumit Roy is a political economist. He holds a D.Phil (development studies) from the University of Sussex. He is a Visiting Senior Research Fellow, School of International Relations and Strategic Studies, Jadavpur University, Kolkata, India and formerly a Research Associate, Asia Research Institute, SOAS, University of London and a senior researcher, Nordic Africa Institute, Uppsala, Sweden. His publications on global and comparative political economy include Globalisation ICT and Developing Nations: Challenges in the Information Age, Sage and Economic Progress and Prospects: Lessons of Development Experience Since 1945 (with Sir H. W. Singer). He has held teaching and research positions at institutions including the London School of Economics, City University (UK), Delhi University (India), and several leading international organizations (UN, ILO, and the Economist Intelligence Unit).This post first appeared on the Juxtapose blog. For the full paper please see here.