Press Freedom: How Governments are using COVID as an Excuse to Crack Down on the Public’s Right to Know 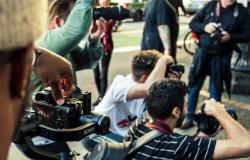 Sara Torsner and Jackie Harrison explore how COVID-19 has been an opportunity to close the space for civil society.

A government’s fear of scrutiny and criticism often determines how repressive it is toward the press. The greater the fear, the greater the loss of press freedom.

Of course governments dislike appearing afraid, so they hide their fear under the cover of “a reasonable excuse”. Such an excuse is often related to protecting national security or the public interest. Even better is the cover of a national emergency.

The non-government organisation Reporters Without Borders (RSF), which compiles the World Press Freedom Index, knows this. And so it has adopted a sceptical approach to what governments around the world have been saying about how COVID-19 requires new measures for dealing with the press during this time of emergency.

In its 2021 Index, RSF reports a “dramatic deterioration in people’s access to information and an increase in obstacles to news coverage”, and that the COVID-19 pandemic has been used to prevent journalists from accessing information and to restrict critical reporting.

According to RSF’s data, journalism is currently completely blocked or seriously impeded in 73 countries and constrained in 59 countries. Taken together, these figures represent 73% of the 180 countries assessed. Only 12 out of the countries ranked are deemed to have a free and favourable environment for journalism (one fewer than last year): Norway, Finland, Sweden, Denmark, Costa Rica, Netherlands, Jamaica, New Zealand, Portugal, Switzerland, Belgium and Ireland.

Since 2002, the World Press Freedom Index has provided crucial evidence on the level of freedom available to journalists across the globe. Their calculations are based on an evaluation of the status of media pluralism and independence in each country, the quality of legislative frameworks as well as the safety of journalists working there.

The findings of the 2021 index raise serious concerns about the lasting impact of the COVID-19 crisis on press freedom globally.

The wide spectrum of assaults on press freedom documented covers a range of restrictive measures on journalistic reporting on COVID-19. These are many and varied. In Iran, the authorities imposed measures to prevent news media from scrutinising the pandemic-related death toll. In Hungary and elsewhere, anti-fake news laws effectively criminalise legitimate journalistic reporting on the pandemic in countries.

In Egypt the government has banned the dissemination of any pandemic-related statistics except the ones produced and released by the government. In some countries, including Serbia and Zimbabwe, new legislation restricting the right of the media to inform on sensitive topics such as the pandemic has led to the detention of some journalists.

A world of disinformation

At the same time as governments have formalised their assaults on the press, a world of disinformation has emerged. This too, according to the UN, represents an assault on journalism. The reporting of public health advice has been accompanied by what the UN calls a “parallel pandemic of disinformation”. Indeed it says that there is “barely an area left untouched by disinformation in relation to the COVID-19 crisis”.

Favourite areas of disinformation span the origin of the coronavirus through to unproven prevention techniques and “cures”. Combating this disinformation crisis, the UN concludes, requires a recognition of “free and professional journalism as an ally in the fight against disinformation”.

Sadly, though, there is not much likelihood of this happening since free and professional journalism is facing acute press restrictions in many countries which undermine the press’ ability to challenge lethal disinformation.

Cases abound of how the “COVID-19 excuse” has led to the inability of journalists to do their job of reporting medically endorsed effective public health measures, or to challenge lethal disinformation. Belarus, Brazil, China, Eritrea, India, Mexico, North Korea, Russia, Turkmenistan all feature in the World Press Freedom Index as very poorly performing countries.

Added to these assaults on the right of journalists to inform, they also face disproportionate risks when reporting on the frontline of the pandemic. According to the Geneva-based Press Emblem Campaign, at least 1,060 media workers have died from COVID-19 between March 2020 and April 10 2021 while working to bring vital information to the public.

The general public, often egged on by government, can also present a threat to free speech. For example, Germany has gone down two places in the RSF index and its rating has been downgraded from “good” to “fairly good”, due to attacks on journalists by supporters of extremist and conspiracy believers during protests against pandemic restrictions. At the same time, the final year of Donald Trump’s presidency saw a record number of assaults against journalists (around 400) and arrests of members of the media (130) in the US.

There are positives – but they are of a very familiar nature. The Nordic countries including Norway, Finland and Sweden (ranked 1st, 2nd and 3rd in the index) are found to have responded to the COVID-19 pandemic by facilitating enabling conditions for press freedom.

And, since Joe Biden’s inauguration in January, improvements have been made in government accountability and transparency. Regular press briefings have been reinstated and authorities are expected to communicate accurate information about COVID-19 to the public. The Biden administration has also expressed a commitment to a free press and the upholding of truth.

But – rather depressingly – the world needs more than commitments and RSF has given us reason to demand that actions are taken to protect global press freedom. Now, more than ever, it goes hand in hand with the safety and wellbeing of the public.

Photo by Brett Sayles from Pexels