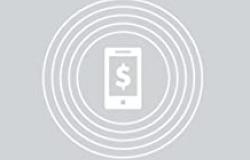 In their new book Democratizing Finance: The Radical Promise of Fintech (Harvard University Press, 2022), authors Marion Labouré and Nicolas Deffrennes argue—contrary to the views of many journalists—that financial technologies can improve the world and reduce inequalities.

Financial technology (fintech), the authors say, is a global equalizer that can reduce the severe inequalities between countries that emerged during the first Industrial Revolution. In developing countries, fintech provides access to basic banking, payment, and insurance services, which are essential for helping people escape poverty traps. In developed countries, fintech can also have an equalizing impact by offering new investment tools to the middle class and alternative loan solutions to the underserved.

This book is essential reading for those involved in policy debates, for the following reasons. First, Democratizing Finance is one of the few books to address fintech with academic rigor. By combining a quantitative approach and economic theory, the book explains how fintech is transforming the global economy. 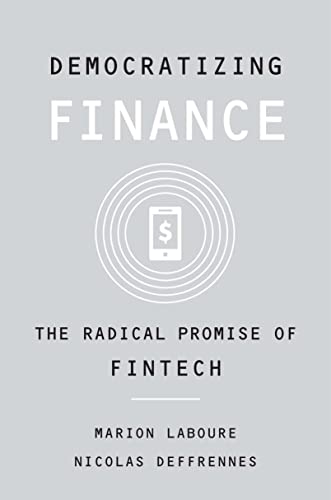 The authors’ theoretical analyses are illustrated throughout the book with fascinating, but often overlooked, international case studies, such as Alipay, Jumia, and M-Pesa. These examples help readers understand the connections between technological innovations and their extraordinary social and economic impacts.

Labouré and Deffrennes also show the connections between previous technological revolutions and the possible future impacts of fintech. The combination of economic theory, quantitative analysis, real-world case studies, and historical comparisons make Democratizing Finance a valuable addition to the libraries of policymakers, economists, and thoughtful citizens.

Second, the book adds new insights to discussions about the impact of the technological revolution on workers and government taxation. For example, the authors explain how the freelancing economy (e.g., Uber) is challenging policymakers around the world to adapt fiscal policy related to income taxes, healthcare, and retirement. The “gig” economy is forcing leaders to consider new laws related to large-scale tax optimization, as can be seen in the European Union’s efforts to rein in Amazon’s tactic of selling products everywhere in Europe through Luxembourg, which is a low-VAT country. The freelance economy is also pressuring US policymakers to update e-commerce regulations, such as requiring consumers to pay state sales taxes for online purchases.

Third, Democratizing Finance also highlights the ways in which fintech opens new opportunities for policymakers. Taking lessons from the banking sector, governments (including in smaller nations such as Estonia) are increasingly adopting blockchain innovations to handle significant amounts of data and improve government services. Cutting edge fintech services enable the digitalization of citizen identification, tax declarations, and smart contracts for business, banking, and government transactions. These innovations can pave the way for better, faster, and more efficient services to citizens in the twenty-first century.

Finally, the authors explain how governments and policymakers can create a positive technological ecosystem designed to help underbanked populations. The most striking case study is Aadhaar, which is India’s ambitious program to tackle its massive ID shortfall. Prior to this effort, less than half of India’s population had a valid ID, which opened the door to high levels of corruption and fraud. This national effort, which was compatible with the banking system’s KYC, has enabled the Indian government to more equitably distribute social benefits to the population. It has also helped banks to open more accounts. Later, it laid the groundwork for fintech companies to offer new services.

Labouré and Deffrennes clarify the current conundrums and tensions that confront financial regulators, between regulation and innovation. Governments need to foster innovation, not hamper it, as numerous fintech startups attempt to enter the market. A case study about M-Pesa, a mobile payments system in Africa, demonstrates how the telecom operator Vodafone has successfully worked with regulators. Despite systemic risks, such as the potential for alternative currencies, the company and regulators worked together to bring a low-cost payment solution to the region, even to the most rural parts of Kenya.

This example demonstrates the importance of early collaboration between regulators and innovative companies. If companies become massive before they are regulated, as in the cases of Google or Facebook (now Meta), it becomes much more difficult for governments to avoid potentially huge economic and societal risks. As they gather huge amounts of personal data, these companies could easily use predatory lending techniques, or they could use private data to discriminate against individuals seeking insurance products.

In the book’s conclusion, the authors explain how this digital revolution has been evolving: what has already happened (e.g., automatization of data); what is happening (e.g., the automatization of white-collar jobs); and what the future could look like (e.g., e-government services). It also provides readers with a deep understanding of the changing banking landscape, and how banks, startups, policymakers, and citizens—as interdependent agents—could all benefit from this new technological revolution.

Dr. Juergen Braunstein is a fellow at the Belfer Center for Science and International Affairs at Harvard Kennedy School.