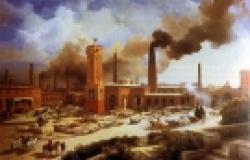 Low-income African countries can sustain moderate rates of productivity growth into the future, on the back of steady improvements in human capital and governance. But the evidence suggests that, without manufacturing gains, the growth rates brought about recently by rapid structural change are exceptional and may not last.

Despite low world prices for the commodities on which they tend to depend, many of the world’s poorest economies have been doing well. Sub-Saharan Africa’s economic growth has slowed precipitously since 2015, but this reflects specific problems in three of its largest economies (Nigeria, Angola, and South Africa). Ethiopia, Côte d’Ivoire, Tanzania, Senegal, Burkina Faso, and Rwanda are all projected to achieve growth of 6% or higher this year. In Asia, the same is true of India, Myanmar, Bangladesh, Lao PDR, Cambodia, and Vietnam.

This is all good news, but it is also puzzling. Developing economies that manage to grow rapidly on a sustained basis without relying on natural-resource booms – as most of these countries have for a decade or more – typically do so through export-oriented industrialization. But few of these countries are experiencing much industrialization. The share of manufacturing in low-income Sub-Saharan countries is broadly stagnant – and in some cases declining. And despite much talk about “Make in India,” one of Prime Minister Narendra Modi’s catchphrases, the country shows little indication of rapid industrialization.

Manufacturing became a powerful escalator of economic development for low-income countries for three reasons. First, it was relatively easy to absorb technology from abroad and generate high-productivity jobs. Second, manufacturing jobs did not require much skill: farmers could be turned into production workers in factories with little investment in additional training. And, third, manufacturing demand was not constrained by low domestic incomes: production could expand virtually without limit, through exports.

But things have been changing. It is now well documented that manufacturing has become increasingly skill-intensive in recent decades. Along with globalization, this has made it very difficult for newcomers to break into world markets for manufacturing in a big way and replicate the experience of Asia’s manufacturing superstars. Except for a handful of exporters, developing economies have been experiencing premature deindustrialization. It seems as if the escalator has been taken away from the lagging countries.

What, then, are we to make of the recent boom in some of the world’s poorest countries? Have these countries a discovered a new growth model?

In recent research, Xinshen Diao of the International Food Policy Research Institute, Margaret McMillan of Tufts University, and I have looked at the growth patterns among this new crop of high-performing countries. Our focus is on the patterns of structural change these countries have experienced. We document a couple of paradoxical findings.

First, growth-promoting structural change has been significant in the recent experience of low-income countries such as Ethiopia, Malawi, Senegal, and Tanzania, despite the absence of industrialization. Labor has been moving from low-productivity agricultural activities to higher-productivity activities, but the latter are mostly services rather than manufacturing.

Second, rapid structural change in these countries has come at the expense of mostly negative labor productivity growth within non-agricultural sectors. In other words, even though the services that absorbed new employment exhibited relatively high productivity early on, their edge diminished as they expanded. This pattern contrasts sharply with the classic East Asian growth experience (such as in South Korea and China), in which structural change and gains in non-agricultural labor productivity both contributed strongly to overall growth.

The difference seems to be explained by the fact that the expansion of urban, modern sectors in recent high-growth episodes is driven by domestic demand rather than export-oriented industrialization. In particular, the African model appears to be underpinned by positive aggregate demand shocks generated either by transfers from abroad or by productivity growth in agriculture.

In Ethiopia, for example, public investments in irrigation, transport, and power have produced a significant increase in agricultural productivity and incomes. This results in growth-promoting structural change, as increased demand spills over to non-agricultural sectors. But non-agricultural labor productivity is driven down as a by-product, as returns to capital diminish and less productive firms are drawn in.

This is not to downplay the significance of rapid productivity growth in agriculture, the archetypal traditional sector. Our research suggests that agriculture has played a key role in Africa not only on its own account, but also as a driver of growth-increasing structural change. Diversification into non-traditional products and adoption of new production techniques can transform agriculture into a quasi-modern activity.

But there are limits to how far this process can carry the economy. In part because of low income elasticity of demand for agricultural products, outflows of labor from agriculture are an inevitable outcome during the process of development. The labor that is released must be absorbed in modern activities. And if productivity is not growing in these modern sectors, economy-wide growth ultimately will stall. The contribution that the structural-change component can make is necessarily self-limiting if the modern sector does not experience rapid productivity growth on its own.

Low-income African countries can sustain moderate rates of productivity growth into the future, on the back of steady improvements in human capital and governance. Continued convergence with rich-country income levels seems achievable. But the evidence suggests that the growth rates brought about recently by rapid structural change are exceptional and may not last.

Dani Rodrik is Professor of International Political Economy at Harvard University’s John F. Kennedy School of Government. He is the author of The Globalization Paradox: Democracy and the Future of the World Economy, Economics Rules: The Rights and Wrongs of the Dismal Science, and, most recently, Straight Talk on Trade: Ideas for a Sane World Economy.