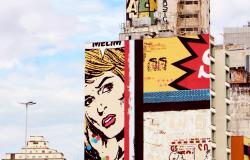 1) From blogs and podcasts to columns and individual postings on social media (e.g. by public figures and celebrities), the number of media outlets and platforms exerting political influence are growing. This places higher demands on the media literacy of individuals exposed to reporting published without quality control (e.g. institutionalized fact checking).

What are the risks and opportunities of this diversification of the media landscape? How do you see these developments in the context of Latin American, and your home country Brazil in particular?

I suppose most people are aware of the destabilizing effects that forms of communication popularized over the last 15 years — the Youtubes, Facebooks, Whatsapps, etc. — can have on democracies, by empowering outsiders, discrediting the political class and the media, increasing polarization, making it easier for people to believe in narratives they may not have believed in before (including conspiracy theories), and so on. In spite of lower levels of connectivity in comparison to developed countries, (about 78% of Brazilian homes have access to the internet, in comparison to over 94% of American ones), these changes had huge impacts across Latin America as well.

What seems unique in the case of Latin America is that, in the continent, these new media insert themselves in contexts of weak state presence. Here, I mean where the state falls short in delivering public goods and services such as health care, education, public security, or where the state fails to act against poverty, inequality, corruption, etc. This precarious state presence creates a fertile ground for public rage and discontent. Social media enables the organization and indefinite proliferation of these sentiments.

This is quite common in many Latin American countries today, notably in mine, Brazil, where, three years ago, a hitherto powerless far-right politician was elected president with a campaign charged with conspiracy theories spread through social media. Analogous scenarios can be found in other countries with a very different profile as well, such as El Salvador, where a supposedly centrist president uses social media to inflame his base, and then acts against Courts and flirts with authoritarianism.

It is important, however, to keep in mind that changes in politics catalyzed by the new media are not necessarily negative. There is something very democratic in the fact that a teacher from a rural area, running for a small party, is elected president, as was the case in Peru. South America also harbors one of the most interesting laboratories for democracies today: in May, Chile elected the first Constituent Assembly with gender parity in the world. The assembly has elected an indigenous woman (a Mapuche scholar) as its president, and has the task of burying the Charter inherited from Augusto Pinochet’s dictatorship. The Assembly’s existence itself represents an institutional channeling of demands that emerged in social media, and there are signs that the constituents will use the internet to favor social participation and transparency.

We saw the influence and impact that social media can have on the public as in the recent case of Cuba. Despite low connectivity on the island, the biggest demonstrations against the Cuban regime in almost three decades took place this year. Such an event would be unthinkable if digital insertion had not advanced much in the island in recent years. No surprise then that one of the first measures taken against the movement by President Miguel Diaz-Canel was to cut off the internet.

Finally, regarding Brazil, in spite of all the turbulent years the country has gone through, I understand that the public sphere is currently more orderly and less chaotic than a few years ago. Lies and distortions currently gain less traction than they used to in the recent past. This is due to the efforts of many actors, particularly in the civil society.

2) According to a report by Reporters Without Borders, “Journalists’ investigations of political issues, corruption, and organized crime in small and medium-sized cities in Brazil, Mexico, Colombia and Honduras account for 139 murders of media professionals 2011-2020” making Latin America one of the deadliest regions for journalists. Why are journalists in Latin America more at risk for investigating such crimes compared to their peers in other parts of the world?

These horrific numbers unfortunately are nothing new to the region, and the causes for such a scenario should be seen through the continent's systemic problems. These include the world's highest rates of homicide, organized crime, corruption, and weak law enforcement. The violence is also related to how power works in peripheral regions of countries. The problems affect mainly professionals of small organizations who live far from the big centers, and who do not have a corporate or a state structure in place to defend them. Many times, these journalists find themselves facing powerful enemies, often entrenched within the state such as big landowners, corrupt police officers, or drug traffickers.

Moreover, the dangers faced by journalists in Latin America are akin to those experienced by other watchdogs and adversaries of power—for example environmental and human rights defenders, or indigenous leaders. In theory, though, Brazil has strong legislation to protect both journalists and defenders of socio-environmental rights. Such laws, however, are poorly enforced, mostly due to a lack of political interest.

It is important to observe that the precarious situation of the press in Latin America is not related only to physical violence. The two largest countries in Latin America, Brazil and Mexico, lost positions in the Reporters Without Borders press freedom ranking due to intimidation against journalists carried out by their national leaders. Presidents Jair Bolsonaro and Andres Manuel López Obrador of Brazil and Mexico, respectively, are on opposite sides of the political spectrum. Nonetheless, they are similar in their persecution against those who expose facts that shine a negative light on them.

3) Like former US President Donald Trump, President Jair Bolsonaro of Brazil has been accusing social media and some Brazilian media outlets of spreading fake news. How much damage has his rhetoric contributed to political polarization and what can be done to bridge this gap?

It is difficult to estimate the damages of the president's rhetoric because the type of cultural warfare he champions. He promotes the legacy of the military dictatorship (1964-1985) and mixes it up with American neo-conservatism, neo-pentecostalism, and conspiracy theories.

Still, we can think of some indicators of Bolsonaro's damage to the public sphere. The most obvious, of course, are our more than 50,000 dead due to the current pandemic. Apart from government inaction, Brazil’s very high death count was fueled by a nefarious and lie-laden rhetoric by the president. Reiterated messages by him sabotaged social isolation measures adopted by local leaders and left large portions of the population believing in pseudoscience and false drugs. Studies indicate that there is a direct correlation between cities with a higher Covid-19 mortality and higher rate of support for the president.

Besides that, there is an imprecise, but very large number of people who think  communists secretly control the world, or  who openly defend a dictatorship, and who embrace all sorts of dangerous follies. All this led to a toxic political atmosphere that split many families and broke friendships.

Regarding the question on how to bridge these deep fractures, I agree with those who say that, in the face of the threat of populists and autocrats, the best remedy is to prove that democracies can work. This is a comprehensive task that can only be accomplished in the long run, but also requires immediate action. It involves actors at many levels, including those in institutions and in civil society.

It might mean something simple such as ensuring that there is a plurality of voices in the press, or enforcing the law. For example, when a judge or public representative upholds the rule of law by punishing those who threaten to stage a coup d'état, something which the law does not authorize. Equally, it involves complex tasks such as acting against inequality, or guaranteeing that big corporations are paying their fair share of taxes.

In short, it is necessary to act on the conditions that have allowed resentment and demagogic ideas to spread. In Latin America, this means that the dysfunctional states I referred to earlier need to change and become capable of offering dignified living conditions to their citizens. Until this happens, demagogues will have ample ground to operate.

4) Spreading mistrust in media has been a recurring political tactic of authoritarian and right-wing leaders. This is often the beginning of an effort to delegitimize the press, which can cumulate into significant (violent and non-violent) attacks on media and threaten journalists across the world. How do you see this playing out in Brazil, Latin America and/or globally? How can the press defend itself against such attacks?

To some extent, the logic of spectacularization that populist leaders employ is not opposed to nor incompatible with many practices of the press. I have not seen studies on this in Latin America, but research indicates that many of Donald Trump's messages only reached such big audiences because the press amplified and reverberated anything he said. There . This can be a very dangerous tactic, messages without guaranteeing that they have been properly processed, later those messages have negative effects against those same news outlets. American news organizations only really changed their stance in the last weeks of the Trump administration, when he was already defeated, and lies began to be called by their proper name.

The difference between news organizations in the US and in Latin America is that everything is more fragile in the latter.  The public is less willing to pay for journalism in Latin America as well, and the financial survival of news organizations is a very serious challenge. On the one hand, there is a credibility and financial crisis. On the other hand, there are actors who promote messages that sell, like slow poison. To avoid being an agent of its own destruction, therefore, the press must be very judicious in the messages it publishes, cultivating an even higher level of reflection of what it conveys.

There are important questions we journalists and new outlets need to ask ourselves: What context does a newspaper need to provide for the audience to understand any given information? Are news outlets acting as knowledge producers, i.e., mediators, assemblers, and translators of information, or merely as dispensers of verbal Molotov cocktails? Notwithstanding all this, I believe that there has been some soul searching on these issues, and that the situation has been improving a lot since 2018, at least in Brazil. These are new challenges that require efforts not only from the press, but also from other agents, both inside and outside the state. he Brazilian press showed resilience in face of Bolsonaro's attacks, and that is why he is so aggressive against it.

André Duchiade is a Brazilian journalist and translator, who currently works as an international politics reporter at O Globo. André is a GGF2035 Fellow. All views  expressed in this interview are his own.

Photo by Jadson Thomas from Pexels