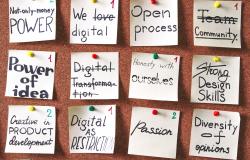 Branko Milanovic on why labor-managed companies - as seen in China - must ensure they avoid political influence.

The recent bizarre and rather ignorant discussion of the Komsomol in the US Congress and the recent passing of Janos Kornai, the famous “inventor” of the soft-budget constraint, reminded me that I planned for several years to describe in very simple terms how the socialist companies of labor-managed kind, as in Yugoslavia, really functioned.

Having worked in one and having read a fair amount on it, I know the topic, I think, quite well. Especially so when I think that most people in capitalist countries never had a clear idea how labor-managed (LM) enterprises differed in their internal structure from capitalist firms, and nobody younger than 55 or even 60 in the former communist countries has any direct experience with how such companies worked. The structure described here is fully relevant for Yugoslavia in the period 1965-90, and probably for Hungary and Poland after 1968-70, and even for the Soviet Union and China in the part dealing with the role of Communist party (CP) in management.

Shareholders and workers. Take the standard capitalist firm. It is run by shareholders whose individual power is equal to the amount of shares they own. Shareholders elect a board which does close oversight of management, and the board elects chief executives who do the daily work. Now, just replace shareholders with workers employed in the enterprises, each with equal voting power, who elect the workers’ council, which in turn elects the enterprise director and you have the management structure of an LM enterprise.

This is not at all very difficult to understand. Some features are obvious even from such a simple sketch. First, workers will have the power to decide about how the company will be managed (in Yugoslavia, since it was a market economy, they were involved even in decisions on what to produce, how to make profit and the like). Second, ability to enjoy only the usus fructus rights from capital (worker could not sell his share in the enterprise; it simply did not exist) led workers to focus on short-term gains; and third, workers’ power to decide on hirings led to their tendency to restrain enterprise membership. These problems were amply discussed in the economic literature at the time (I explain them here too). But my objective now is not to discuss them but to explain the internal structure of the enterprise.

So far that structure seems relatively simple. But now the complicated part kicks in. We have to explain the role of trade unions and enterprise-level communist party organization (ELCP).

Trade Unions. Their role was basically nil. The reason is obvious. If the company is run by workers’ assembly and the workers’ council, the very same people being members of the trade unions (trade union membership was compulsory and thus 100%), have already made their decisions. There is nothing for them to do through trade unions. Trade unions were thus a redundant organ  and very little attention was paid to them.

Communist party organization. ELCP was important. Its members were employees who were CP members. This could, I guess, range from 10-20% of the labor force to 80%. They too met in assemblies (strictly speaking, after the work hours while the organs of workers’ management, including the assembly and the workers’ councils, met during the work hours), and elected either a small committee and/or the head of enterprise-level party organization. We shall have to talk more of him/her.

Election of the director. Now, let’s go back to the management structure. The company has a director. The director is elected by the workers’ council. However, the Party organization within the enterprise has also an informal veto power. So the director, in order to be elected, has also to have support of the ELCP which essentially means of the head of the enterprise party organization.

Here the duality of power immediately becomes apparent. It is reinforced by the fact that the director is almost always a Party member himself and within the party organization he is below the enterprise Party leader. But as director he is his boss within the company. Not an easy situation.

But it gets more complicated. Enterprise director in any medium- or larger-scale company would also need, in order to be elected, to have tacit support or even explicit clearance of the territorial Party organization where the enterprise is located. Decisions on management promotions of very large enterprises were  not left at the discretion of workers’ council. Its sovereignty was limited. Thus our director needs to court three constituencies: workers in his company, CP organization and its enterprise leader, and the territorial-level Party organization. Moreover, the ELPC leader is structurally linked with the Party decision-makers at the territorial level. Consequently, he can exercise pressure on the director through two channels: internally, by being the leader of a large part of workers (who are members of the CP), and externally, by having close links with the territorial party organization that needs to vet the election of the director.

Director is thus hemmed in from all directions. Unless he himself has powerful allies at the territorial level and a compliant enterprise party boss, his power of decision-making is quite restrained but responsibility, if enterprise does badly, is all his. Enterprise-level party boss bears no responsibility for profit or loss of the enterprise.

This duality of power within the enterprise, and the divorce between power of decision-making and responsibility is a cause for both the emergence of the soft-budget constraint and for constant friction between the more technocratically-minded managers (directors) and the more bureaucratically-minded people who made their careers within the Party. (The latter topic was much studied in the sociological literature of the 1960s and 1970s dealing with socialist economies).

Soft budget constraint. Mixed hierarchical lines between the managers and CP enterprise leaders do not only give large indirect power to the latter, but might stimulate in them desire to become managers themselves (and be paid more: enterprise-level party boss was a non-remunerated position.) Now, people who would make their careers through the Party were generally less knowledgeable and interested in economic matters and would often have close to zero knowledge of how to manage companies. This was different from “normal” directors who would rise by gradually going from managing a section within a company, to a larger branch, and eventually the whole company. But if the enterprise-level CP leader succeeded to be elected (garnering the support of the workers’ council and the territorial CP organization), he would not necessarily pay much attention to the functioning of the company, relying rather on his political connections. With good political connections (at the territorial level) he could be sure that almost any amount of enterprise losses would be covered by the banking system (which was government-controlled). He may even be very popular among workers. He can relax labor discipline, workers can work much less, and then cover all the losses through credits that would never be repaid or through outright subsidies. Thus for workers it was often preferable to have an incompetent, but well-connected, party hack as a director than a more technocratically-minded person: workers’ salaries might be higher while they would work less.

Inefficiency. As this makes clear, the soft-budget constraint was an endogenous part of the system. Its origin is, I think, in the unwillingness of the CP to relinquish the power of enterprise decision-making (which in theory it conferred on workers’ councils). It thus created a dual power structure that had many inefficiency of its own (long discussions, permanent canvassing of support, creation of factions etc.) and on top of that it created the soft-budget constraint. The softness was the greater the more powerful the enterprise director, and the most powerful were those managing large companies (“too big to fail”) who also had good connection with the territorial party organizations. Thus, the center of power decisively shifted towards the Party and bureaucracy, and away from managers or technocrats. And this in turn reduced the enterprise efficiency.

Nota bene. Some of these undesirable features might appear in Chinese enterprises (private and public) where enterprise-level CP organizations are re-introduced. In my opinion, for an efficient management, political organizations, like CP, must not be made part of power structure within the enterprise. They can remain on the territorial level. But then of course their real economic power would be much diminished. This is the conundrum.

Photo by Polina Zimmerman from Pexels