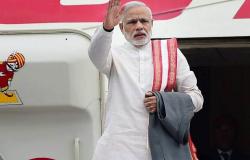 The Wire case is yet one more example of Modi's regime trying to undermine the media landscape and, indeed, destroy dissenting media.

Since the end of the Cold War, hybrid political regimes have been steadily gaining ground across the world. Hybrid regimes rest on a form of governance which, as Steven Levitsky and Lucan Way pointed out in a 2002 essay in the Journal of Democracy, is essentially authoritarian in nature while "using formal democratic institutions" for "obtaining and exercising political authority." The term used for this type of political regime is competitive authoritarianism. In popular literature, the term "illiberal democracy" is encountered more frequently for the hybrid regimes that have emerged in the post-Cold War period, but an argument can be made against the use of such term as it weakens and stretches the definition of democracy.

In competitive authoritarian regimes, elections are held, but the electoral process is characterized by large-scale abuses of power, harassment and intimidation of opposition candidates and activists, and pro-government bias in public media. With regard to the latter aspect, comparative authoritarian regimes systematically dismantle media independence, freedom, and pluralism.

Narendra Modi's India is a classic example of a comparative authoritarian regime, though it tends to receive far less attention in western media than Hungary under Viktor Orban's rule. Modi, who has been the head of an elected government for over 20 years, has in fact turned India into an autocracy under the aegis of an extremist nationalist/racist/fascist ideology, Hindutva, which seeks to transform a secular state into an ethno-religious state. Modi's government has centralized power to an extraordinary degree, practices systematic discrimination against Muslims, stigmatizes critics of the government, and engages in constant press freedom violations. Arrests and physical attacks on journalists have increased over the last few years, while several journalists were assassinated in 2021 alone for their work.

Unsurprisingly, in the 2022 edition of the Press Freedom Index, India ranked at the 150th position, its lowest ever, out of 180 countries. So much for the world's largest democracy being actually democratic!

The latest independent media venue in India to be under government attack is The Wire, an independent media outlet "committed to the public interest and democratic values." Its office and the homes of several editors were raided by police late last month on account of a criminal complaint filed by Amit Malviya, a political figure of the ruling party. Based on an internal Instagram document, the publication had recently run a story—which later retracted—that the political figure in question "wielded special privilege to censor social media posts." The publication retracted the story, and a few follows ups, after it established that its coverage had been based on falsified documents and issued an official statement announcing that "lapses in editorial oversight" are under review. Moreover, the publication has filed a complaint against a freelance researcher, Devesh Kumar, for allegedly fabricating the details of the story with intent to harm The Wire.

The raids have been criticized by journalists and opposition politicians in India as a form of "veiled intimidation." However, the deeper concern is that the publication's editors may face long-term prison sentences by being charged with forgery and criminal conspiracy. Note that Amit Malviya has filed not a civil suit but a criminal complaint against the editors of The Wire.

The Wire case is yet one more example of Modi's regime trying to undermine the media landscape and, indeed, destroy dissenting media. The international community must pay attention to the crackdown on free press in India. A global outcry at Modi's autocratic/ proto-fascist state is long overdue.

C.J. Polychroniou is a political economist/political scientist who has taught and worked in numerous universities and research centers in Europe and the United States. His latest books are The Precipice: Neoliberalism, the Pandemic and the Urgent Need for Social Change (A collection of interviews with Noam Chomsky; Haymarket Books, 2021), and Economics and the Left: Interviews with Progressive Economists (Verso, 2021).

This was first published on Common Dreams (CC BY-NC-ND 3.0).