A Fool’s Errand? The Next Secretary-General and United Nations Reform 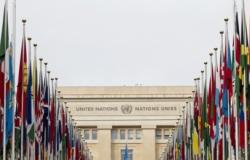 With the recent election of António Guterres as the next United Nations Secretary-General, the focus will soon shift to the next Secretary-General’s reform priorities, with a particular emphasis on how he should spend his first year in office. The view in many policy circles is that the UN urgently needs comprehensive change, and the next Secretary-General is expected to capitalize on the honeymoon to initiate transformation. In this article, Dr. Richard Ponzio (Stimson Center) and Dr. Michael Schroeder (American University) directly challenge this conventional view and put forward an alternative leadership strategy.

How can the incoming Secretary-General António Guterres promote and lead change? A better strategy than immediately seeking to initiate transformational change is to implement modest changes that accumulate over multiple rounds and to influence and empower the leadership of so-called ‘smart coalitions’ of state and non-state actors seeking to enact ambitious changes to intergovernmental structures and global norms. Specifically, we propose a change leadership strategy for the next Secretary-General based on five guiding principles and including illustrative reforms that suggest how he might put each principle into practice.
To read the article, please click the image above or the PDF at the bottom of this piece.

The incoming Secretary-General should:

To read the full Essay as a PDF, please click here.