How to Measure Inequality 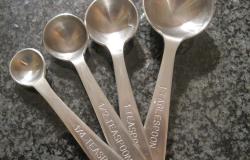 Jason Hickel argues for the common-sense way of thinking about inequality.

There are two primary methods for measuring inequality - relative and absolute. In the discipline of economics, the former has become dominant by far. It is embodied in the standard Gini index, in the famous “elephant graph”, and in logarithmic distribution graphs (follow the links to see my critiques of each of these).

According to the relative metric, if the income of the poor increases at a faster rate than the income of the rich, this is recruited as a decline in inequality even if the absolute income gap between the two continues to widen.

Take for example a poor country whose average income goes from $500 to $1,000 (a 100% increase), and a rich country whose income goes from $50,000 to $75,000 (a 50% increase). The poor country’s income has grown twice as fast as the rich country’s, relative to its starting point.  According to the relative metric, this is a decline in inequality (and is represented as such in the Gini index, the elephant graph, and the log scale). But the gap between them has nonetheless exploded, from $45,500 to $74,000.  According to the absolute metric, inequality has worsened.

I agree that the theory of diminishing returns is important here, but I think it leads to the exact opposite conclusion.

If we accept the theory of diminishing returns, what this means is that every dollar that goes to the already-rich instead of to the poor is egregious; it is more or less meaningless in their hands, whereas for the poor it would be life-changing. And the richer the rich are, the more egregious this is. In other words, the egregiousness of pro-rich distribution increases as returns diminish; it is an inverse relation. Moreover, this egregiousness is particularly acute when the poor have some rightful claim to the income that is otherwise going to the rich, which they do in the context of a global economy that depends so fundamentally on the exploitation of their labour and resources.

When we look at inequality from the perspective of the poor - using the theory of increasing egregiousness - it becomes clear that the relative metric is inappropriate as a tool for assessing distribution. Certainly if our objective is to end poverty, this is the conclusion we must draw, as an additional dollar going needlessly to the rich could have been used to reduce poverty, and yet was not. The absolute metric allows us to see this effect, by giving equal weight to each dollar. From the perspective of the poor, an additional dollar going to the rich is a dollar that could have gone to them - and indeed by rights should have gone to them - thus improving their lives by a corresponding amount, and yet was needlessly frittered away instead on a latte.

When seen from this perspective, the politics of the relative metric become problematic, to say the least. For a rich person to insist on the relative metric is equivalent to saying: “I earn a lot more money than poor people do, but that’s okay because most of it is in excess to my actual needs and therefore matters less to me”. This is clearly absurd. Certainly it is impossible to imagine a poor person saying: “The rich may earn more than me, and indeed are taking income that rightly belongs to me, but that’s okay because it is in excess to their needs and means less to them.”

In this sense, the relative metric begins to border on a kind of propaganda or ideology, a justification for inequality, and its dominance in economics can be seen as a kind of cultural hegemony in the Gramscian sense.

When I have made this argument in the past, some have hit back by saying: both measures are important! Fine, then let us ask that each time economists use relative metrics to pronounce that inequality is declining, they also include absolute metrics - so that people can make up their own minds.

This is important, because the absolute metric is the common-sense way of thinking about inequality. I recently conducted a small poll, with close to 200 respondents. I asked two questions: “What do you think economists mean when they say that inequality is decreasing?” and “What do you think economists mean whey they say that inequality is increasing?” Respondents were allowed to write in their own words, so as not to be led by multiple choice. Some 95% of them indicated that they think of absolute income gaps, not relative change.

If these results are anywhere close to accurate, this means that when economists use the relative metric to make pronouncements on what’s happening with inequality, they are effectively misleading the public.

Now, a second common defense of the relative metric is to say that if the incomes of the poor are increasing at a faster rate than the incomes of the rich, relative to their starting point (i.e., a 5% growth rate versus a 3% growth rate), if this trend continues then the absolute income gap may increase for some time, but eventually it will begin to close and the poor will catch up with the rich as the exponent wields its power.

The problem with this argument is it assumes (a) that rich countries/people will allow the trajectory of relative convergence to continue to the point of absolute convergence and catch-up, thereby relinquishing their class power; and (b) that we have all the time in the world to wait.

The first assumption is politically naive. Given how class power works, it is not realistic to assume that relative convergence will automatically become absolute convergence, without any structural change in the economy. And if we cannot assume an automatic transmutation between the two, then what matters when it comes to measuring inequality is not what might happen in some distant future but what is happening right now - are absolute incomes converging or diverging? That is the relevant question.

The second assumption is ecologically naive. Given our existing ecological crisis, it is not realistic to assume that we can just wait for relative convergence to become absolute convergence. The timescale on this is many decades and in some cases centuries, by which time climate change and ecological instability will begin having a real negative impact on the incomes of, disproportionately (if things carry on as they are), the poor. Here again, if we cannot assume an automatic transmutation in the future from relative convergence to absolute convergence, then what matters in terms of income inequality is what is happening to the gap right now.

And what is happening is divergence. Big time.

This first appeared on Jason's blog and was reposted with permission.

Modern Day Slavery in Brazil: A Report from the Field

Early View Article - In Whose Name Are You Speaking? The Marginalization of the Poor in Global Civil Society