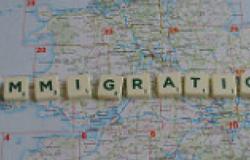 Solon Ardittis examines the policy implications of the new EU Action Plan on the Integration of Third-Country Nationals and the revised Blue Card scheme for highly skilled non-EU workers that were adopted earlier this month.

Since 2015 there has been an almost exclusive political focus on mounting irregular and refugee migration pressure at the EU’s external borders. This has largely eclipsed, if not been detrimental to the pursuit of equally vital EU migration policy ambitions such as the integration of the over 20 million legally established immigrants and refugees, and the facilitation of selective skilled migration as a means of contributing to the economic, scientific and technological competitiveness of the EU.

However, two developments earlier this month appear to have the potential to re-establish some balance in the EU’s migration policy priorities. One is the adoption of the Action Plan on the Integration of Third-Country Nationals and the revised 'Blue Card' scheme for highly skilled workers from outside the EU. The other is the publication of the EU-funded OECD Report ‘Recruiting Immigrant Workers: Europe 2016’.

Both are enlightening and potentially momentous.

One of the key policy justifications for the EU Action Plan on Integration has been the recognition that migrants and refugees who are legally resident in the EU continue to face a higher risk of poverty and social exclusion than EU nationals. Key figures in this respect are eloquent indeed. For example, the percentage of third-country nationals aged 15 to 64 who are currently employed in the EU only amounts to some 54%, compared with 66% of the EU nationals. Furthermore, 43% of the third-country nationals in the EU have not completed upper secondary education, against a proportion of 22% of the EU nationals.

The second justification for the Action Plan is that whilst migrant integration policies continue to be governed largely by the member states, evidence suggests that more could be done by the EU to add value to and strengthen such policies through well-targeted structural and financial support. The key areas covered by the new Action Plan are a reflection of this. They include such measures as pre-departure and pre-arrival integration measures, including engagement with member states to strengthen cooperation with selected third-countries on pre-departure measures; a range of education, employment and vocational training measures, including online language assessment and learning for newly arrived migrants and removal of barriers for the participation of migrant children in early childhood education; support for labour market integration through "fast-track" procedures; pilot projects for migrant entrepreneurship; and support for critical accommodation needs resulting from the on-going refugee crisis.

But alongside the likely benefits of the Action Plan, not least the fact that migrant integration strategies appear to have re-ascended the EU policy agenda, an equally important development earlier this month has been the revision of the 'Blue Card' scheme for highly skilled workers from outside the EU. Initially adopted in 2009, the Blue Card scheme is an EU-wide work permit that allows highly skilled non-EU citizens to work and live in any EU member state (with the exception of Denmark, Ireland and the United Kingdom that have opted out of the scheme) for a renewable period of three years. Whilst the scheme has been largely ignored over the past seven years due to the determination of most member states to continue applying restrictive admission conditions and national rules and procedures, the revised Blue Card directive appears likely to increase interest and acceptance in most parts of the EU. Amongst other reasons, this is because the new scheme has set out to simplify the existing application procedures, reduce the salary threshold and minimum duration of employment contracts, improve the right to self-employment activity and, as importantly, extend the scheme to highly skilled beneficiaries of international protection residing in Member States and having the right to work under EU asylum rules.

The strategic importance of the above developments cannot be stressed enough. As the recent OECD Report ‘Recruiting Immigrant Workers: Europe 2016’ has clearly evidenced, labour migrants currently only account for about one in three new migrants to the EU, with family migrants making up a much larger share. Furthermore, they are concentrated largely in member states - mostly in Southern Europe - that do not apply any education or skill thresholds. The implications of such trends for future EU competitiveness need not be underlined, especially when considering that in other major OECD immigration countries such as Australia, Canada and New Zealand, permanent economic migration occurs mostly through restrictive education and employability criteria. This is further reflected in the fact that the EU continues to welcome fewer higher-educated migrants than other OECD countries. Current figures show, for example, that among the OECD countries, the EU hosts only 30% of the high-educated migrants, compared with 47% of the low-educated ones.

Against this background, the decision by the EU to extend the revised Blue Card scheme to highly skilled refugees is especially apposite when considering that the number of asylum seekers has more than doubled between 2014 and 2015 and that estimates from the European Commission’s Spring 2016 economic forecast suggest that the direct additional fiscal implications for the member states most concerned by such inflows is expected to fall in the range of 0.1-0.6 % of GDP on a cumulative basis for 2015-2016. This is in addition to the fact that it is estimated that around 70 % of current asylum seekers in the EU are of working age, compared with only slightly over 60% of the EU population.

Whilst the potential economic gains of refugee employment have rarely been factored in mainstream EU policy thinking, recent initiatives suggest an appetite for fresh analysis and new cost-benefit approaches in this area. An example of this is the recent simulation by the European Commission of the economic effects of mass migration to Germany during the past couple of years, which suggests a potential increase in Germany’s GDP of between 0.4-0.8 percent by 2017 depending on the exact skill levels of the newly welcomed migrants.

On more than one count, both the EU Action Plan on Integration and the revised Blue Card scheme must therefore be saluted as positive milestones in the EU’s unfolding migration and refugee policy history.

Solon Ardittis is director of Eurasylum and a Research Fellow at the Institute for the Study of Labor (IZA). He is also co-editor of Migration Policy Practice, a bimonthly journal published jointly with the International Organization for Migration (IOM).