After COVID-19: How to Pull Off the SDG Hat-Trick? 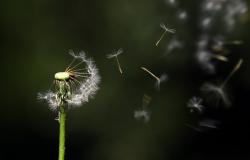 Christopher Hoy and Andy Sumner introduce a new paper exploring the possibility of ending global poverty in a post-pandemic world.

The COVID-19 pandemic has resulted in the largest economic downturn since the great depression, pushing tens, potentially hundreds, of millions of people back into extreme poverty.

The UN remains committed to the existing timeline of the Sustainable Development Goals (SDGs) to end global poverty in all its forms and to reduce inequality within every country by 2030. To try to get back on track towards achieving these goals, developing country governments are seeking to pull off a hat-trick over the next decade: sustaining high rates of economic growth, eliminating poverty, and significantly reducing inequality.

In a new CGD paper, we consider how realistic this is and ask, after the COVID-19 pandemic, what type of economic growth will be required to end global poverty and reduce inequality by 2030? Our answer is sobering: countries will need to follow unprecedented growth trajectories not only to recover from the economic damage wrought by COVID-19 but in order to have any chance of achieving the poverty and inequality SDGs by 2030.

A quick look at our approach

To answer our question—what kind of growth is needed to end global poverty and reduce inequality by 2030 in the wake of COVID-19—we start by reviewing the study of the poverty-inequality-growth relationship over the last half a century. This body of work has resulted in various forms of economic growth with adjectives—that is, kinds of growth specified through attached adjectives, including “pro-poor growth,” “inclusive growth,” and “shared prosperity.”

Second, we empirically re-examine all growth episodes in the developing world since 1980 using the World Bank’s PovcalNET database, a regularly updated source for data on poverty and inequality across countries and regions.

Finally, we take a look at the implications for when global poverty would be ended and what levels of inequality could exist in 2030 if the best performing growth episodes were replicated in all countries.

The growth of adjectives

There is a long-running debate about what type of growth governments should focus on to reduce poverty. Almost 50 years ago, Chenery and colleagues argued that “Redistribution with Growth” was needed to reduce poverty in the developing world. This redistributive approach fell into the background in the subsequent decades as growth alone was championed after the influential study of Dollar and Kraay, who argued that on average growth is distribution-neutral. That paper stirred the pot and a small cottage industry of critiques. Since then, there has been a further proliferation of terminology, such as “pro-poor growth,” “inclusive growth,” and most recently, “shared prosperity.”

Shaffer, Kanbur, and Sandbrook have reopened the discussion with a new book. They note that throughout the 1980s and 1990s, in up to a third of growth episodes poverty rates did not fall. Even in Dollar and Kraay’s dataset, 15 percent of the time the incomes of the poorest quintile declined during positive growth periods, as Donaldson noted.

Regardless of what you call it, policymakers need to know the extent to which growth alone is good enough to reduce poverty or if changes in the distribution also matter as the answer implies very different policies.

So, what did we find?

We define a growth episode as any period lasting more than five years where mean consumption increased and inequality either consistently increased or decreased (see our paper for a more detailed explanation). With this in mind, we identified three important findings:

1. Growth is not as common as you might think

First, we find that—surprisingly—positive, consistent growth episodes are less common than you might think. Growth often isn’t sustained over long periods, and/or inequality tends to fluctuate. We found only 80 consistent growth episodes (across 66 countries) of more than five years in developing countries. On average, growth in mean consumption per capita was only 4.4 percent a year and inequality (according to the Gini index) fell by less than 0.2 percentage points a year.

Our results suggest there is a trade-off between achieving high rates of growth, substantial falls in inequality, and considerable reductions in poverty. The question that then emerges from our analysis in a post-pandemic world is this: How close could countries get to the SDGs if they replicate the best-case growth episodes?

3. None of the best-case growth scenarios can pull off the SDG hat-trick

Facing up to the inconvenient truth: An unprecedented growth path is needed

Our findings reveal a kind of inconvenient truth. Policymakers face a trade-off when they consider what post-COVID-19 development pathway to pursue to 2030 to pull off the SDG hat-trick. Focusing on achieving high rates of growth is likely to result in considerable poverty reduction but will fail to achieve the inequality SDG. Alternatively, many countries could achieve both the poverty and inequality SDGs, but this could come at a cost of much slower growth. Accordingly, countries will need to follow a historically unprecedented growth path not only if they are to recover from the economic downturn caused by COVID-19 but in order to have any chance of achieving the poverty and inequality SDGs by 2030.

Christopher is a Research and Policy Fellow (equivalent of an Assistant Professor) at the Crawford School of Public Policy.

This first appeared on the Center for Global Development.